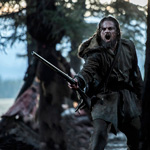 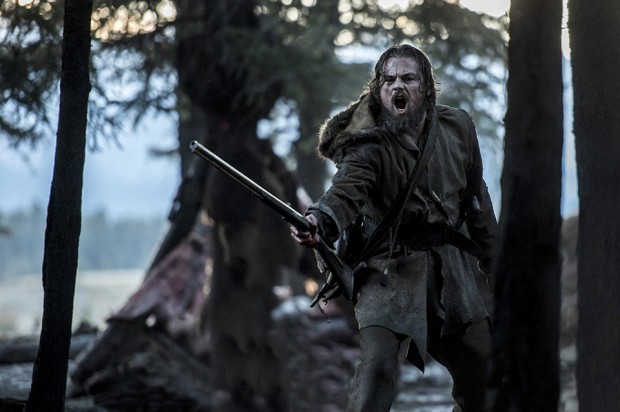 ILM uses movement, choreography to make the bear attack in The Revenant as realistic and harrowing as possible.

Industrial Light & Magic was instrumental in helping pull off The Revenant’s harrowing bear attack, a sequence that earned it an Annie Award nomination for animating “Judy” the bear.

It was a close collaboration between all of the departments, particularly director Alejandro González Iñárritu, cinematographer Emmanuel Lubezki and actor Leonardo DiCaprio, who plays 19th century trapper Hugh Glass.

“What was interesting thinking back to the early discussions with Alejandro was really all about movement and planning and choreography, but always coming back to reality of motion and how an actual bear attack would unfold,” says ILM’s Richard McBride, the production VFX supervisor. “And the other thing was getting into the mindset that this was not a monster: it’s in its natural habitat and just behaving as a normal animal would.

“Alejandro wanted the attack to be sudden and they wanted us to feel close to the action and immersed in every detail,” says McBride, who was joined by animation supervisor Matt Shumway.

They met with Mark of the Grizzly author Scott McMillion and the bear team learned about all of the potential scenarios that can happen in the woods. It was all based on chance encounters, such as a bear protecting its cubs, which was the basis of attack in The Revenant.

It was also invaluable looking at online footage of an actual bear attack in a German zoo, in which someone drunkenly stumbled into the cage. What was most remarkable was the randomness of the attack, according to McBride. This formed the basis of the choreography.

“Initially, a stunt team worked out the choreography of how they were going to tug and pull the actor during the mauling,” says McBride. They shot the scene on location in Calgary, Canada, in freezing cold and rain, and staged the beats of the attack.

“For us, the VFX team, we wanted to keep Leo visible and also keep it kind of messy, so once we had the camera work there, we positioned our stuntman in a way that he was grabbing and pulling in all the right places where we thought the bites were going to be,” McBride says. “And keeping him at a distance where there would be a little less paint work in getting him in and out of the scene and having our bear on top of him. Ultimately, the paint work was extensive because of how close we were to the action.”

The most interesting part of the attack was the quiet or stillness that occurred in between the vicious moments. The anticipation of what was going to happen next made it scarier, McBride says.

“When Leo got involved, he added a whole other beat where you’re getting more sympathy for the bear,” McBride says. “There’s a moment where the gunshot has already happened and they’re both damaged: the bear is bleeding and Leo’s torn up. And the camera goes back to the bear and she’s torn: the cubs are on one side and this threat is on the other and she’s struggling to stand. She could walk away but goes for one last lunge in her dying moment to protect her cubs.”

In terms of the animation, ILM took advantage of its recent fur work on the upcoming Warcraft, but needed to up its game considerably. “One of the unique aspects was there wasn’t the customary separation between grooming and simulation,” McBride says. “This project pushed the pipeline so that it adhered to the initial look that you built into it. So there was the simulation of flesh over the bones and then a layer of skin that got another (round) of simulation and then the fur got simulated on top of that. This provided complexity to the motion. But we had to dial it back because if you looked at the reference, sometimes the shimmer on the fur looked too computer-generated the way it was blinking on and off.”

They used Zeno for simulation, Maya for animation and rendered with RenderMan. The modeling team built shapes and controls that provided a very naturalistic performance.

Other considerations included how wet the fur was going to be, how was it going to react to the light and how the audience was going to see the wound and the redness of the blood.

“These nuanced ticks and gestures and articulation in areas of the face, eyes, snout and mouth avoided the look of menace,” McBride says.