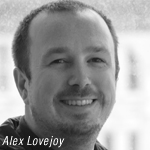 The new studio will be based in the heart of SoHo, take up 13,000 square feet of space on the eighth and ninth floors of a renovated former shoe factory. Its menu of services for visual effects includes Flame/Nuke, Maya/3D studio Max, motion graphics, FX design, animation and Data-Lab services. The New York studio will also continue to provide the U.S. market with access to MPC’s color grading talent, including Mark Gethin, Jean-Clement Soret, Paul Harrison and George K, both locally and through remote services.

The addition of the New York office will further strengthen MPC’s global ventures in the advertising industry, particularly in the States. MPC’s U.S. Creative Director, Alex Lovejoy, will be responsible for the creative output of the studio and oversee the vision of the team. Executive producer Justin Brukman will head the New York studio.

Lovejoy joins MPC NY from The Mill NY where he was senior VFX supervisor. Prior to his time at The Mill, Alex spent ten years as an established and well-respected member of the MPC London creative team.  Recent credits include ESPN “Invincible” for Rupert Sanders and W+K NY, and GE “Clouds” for Traktor and BBDO NY. Previous credits include work such as the infamous VW Golf commercial “Singin’ in the Rain,” Guinness “Redemption,” and campaigns for Audi, 3 Mobile and Levi’s.

Brukman moves to New York after eight years with MPC London, where he established himself as a prolific senior producer. Most recent credits include Creative Circle Award-winning Virgin Atlantic “001” directed by Traktor, and a fully stereoscopic-acquired 60’ commercial for Sky Television. In addition to his strong VFX background, Brukman brings with him the energy and vision to drive the studio further into the fields of Digital, Design and Production services.

The team will be joined by exciting local NY talent. Head of Digital Content Wayne Robins joins having recently worked at Y&R in New York and draft FCB New York. Wayne brings with him a wealth of experience in the digital arena covering all aspects of digital advertising, from website to experiential events to building projections.

Lovejoy and Brukman will be working closely with MPC LA’s newly-appointed managing director, Andrew Bell, to reinforce the company’s presence and offerings in the U.S. market overall. Both studios will continue to research and develop with the MPC team worldwide, the innovative technology and software solutions making up the creative and production pipeline that is the backbone of the global MPC organization.

The U.S. team will also coordinate with MPC London’s specialist Feature Film and Advertising R&D teams, to maintain and develop the consistent quality of MPC’s VFX work that has established MPC as a market leader in the global film and advertising VFX business.