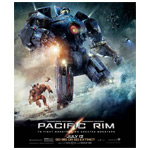 Pacific Rim is both something of a throwback and a completely modern film: The Warner Bros. release directed by horror and sci-fi master Guillermo del Toro is an original and self-contained story about humanity using giant robots to fight back against a wave of giant monsters emerging from a mysterious portal at the bottom of the Pacific. It also boasts cutting-edge visual effects and an international cast and perspective that promise to help it travel wide the way today’s top blockbusters must.

Del Toro, director of the Oscar-winning Pan’s Labyrinth and the acclaimed Hellboy features, frequently used the word “operatic” in describing the film, which mixes classic creature films like Godzilla with the robotic sensibilities of anime hits like Gundam. 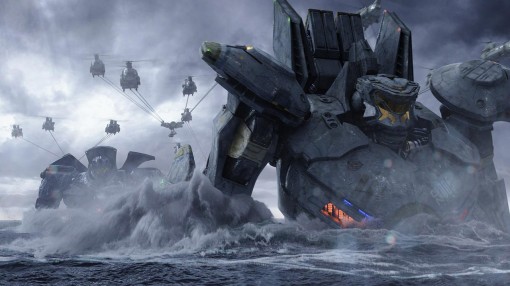 “He wanted a big, romantic, sweeping feel to things with these colossal creatures battling with ocean spray,” says Hal Hickel, animation supervisor for ILM on the movie.

The main change was moving from RenderMan, which Knoll says prioritizes computational efficiency over the cognitive workflow of the artist, to ray-tracer technology. Using Arnold as renderer allowed for image preview support in Katana and avoided the more difficult setups RenderMan required, with the trade-off being longer render times. But for Knoll, the swap was worth it. 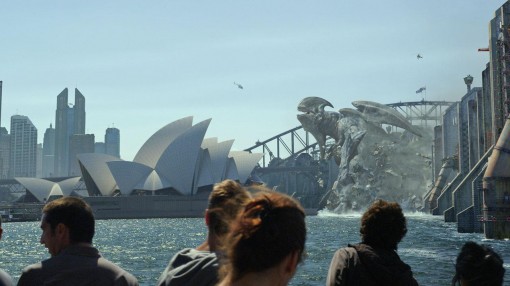 “My thought was, if we have those sort of tools available, that means the artists could work quicker and see what you’re doing,” he says.

That would overall save time on renders, with artists more certain their work would turn out well despite the longer processing time.

This process, which was tried out on Mission: Impossible – Ghost Protocol, was expanded for Pacific Rim, and its success has justified the change in ILM’s production pipeline. 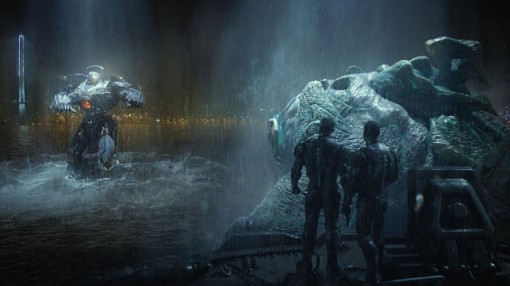 From an animation perspective, the challenges the project posed were significant. The giant Jaegers had to be believable as massive machines that moved with the mass and scale the story required, but also be fast enough to be exciting. They also had to move like machines, and were battling the Kaiju monsters in environments ranging from dry land to waist-deep in water to completely submerged. All of those affect the way objects can move and what animators can do to make their motion exciting without losing believability.

“If you’re cheating the speed [on the Jaegers and Kaiju], it looks wrong with physically accurate splashes,” says Hickel. “We had to respect their size and the physics involved, and found other ways to keep things exciting.”

Hickel describes del Toro as a director who brings a strong vision to the project but also who is very collaborative. To that end, storyboards for sequences were drawn up, but the animators had a significant say in how the combat scenes were going to play out and choreographing the moves. 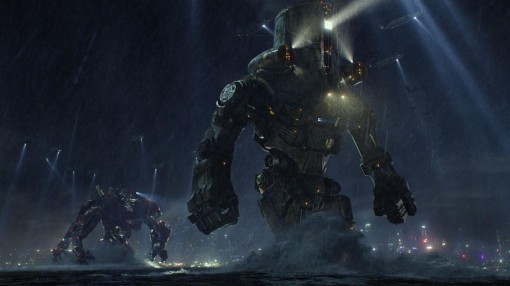 In designing the Kaiju, Hickel says they started with some very impressive designs from del Toro’s concept artists, including maquettes. But it was up to the animators to figure out how they were going to move.

“There’s always an evolution from that stage to the full CG model,” says Hickel. “What doesn’t get solved with a maquette or drawing is how these machines are all supposed to work.”

Differentiating the various Jaegers and Kaiju—making each giant robot and monster unique—was another big challenge. The Kaiju, for example, start out very brutish and animalistic, becoming more cunning and intelligent—even strategizing with each other—as the film progresses. 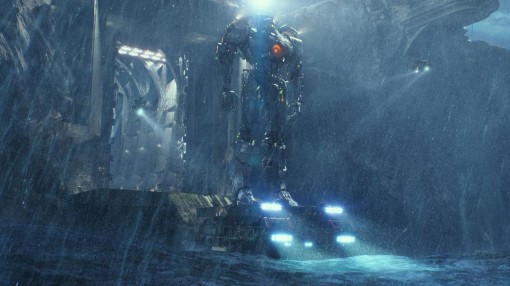 The same is true of the Jaegers, with each coming from and representative of its country of origin. Gipsy Danger, the American Jaeger, is a bit of a gunslinger, while the Russian Cherno Alpha offers bulky, brute force. China’s Crimson Dynamo, the only Jaeger with three pilots—triplet brothers—has three arms and a martial-arts fighting style. And the Australian Striker Eureka, the most advanced model, is a dirty street brawler.

Hickel says he had a crew of about 30 animators on the film, with most based at ILM’s headquarters in San Francisco and others working out of Lucasfilm Animation’s Singapore studio and a small operation in Vancouver, Canada.

Knoll says they took something of a triage approach to figuring out all the detail of each Jaeger’s look. ILM would create detail for areas they knew from the storyboards they needed to be up close, and would improvise the rest as needed. 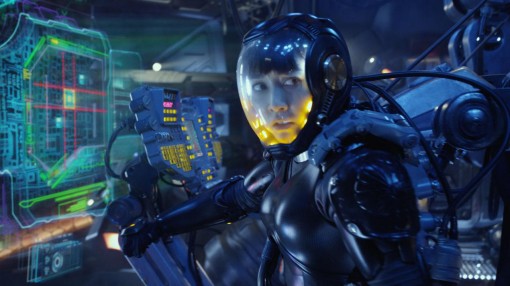 “The crew had a whole kit of extra pieces, mechanical Jaeger parts you could stuff into these crevasses,” he says.

Motion-capture was considered but eventually avoided because of the unique combination of elements involved in the Jaeger-Kaiju battles. Thinking about it from a scientific perspective leads to certain difficult conclusions. A 25-story robot falling over would take much longer than a six-foot man in a mo-cap suit. That means such a scene would have to be shot at about six times the normal frame rate and played back normally—making the sequences too slow to be exciting.

Cheating the real physics would be one option, but it became incredibly difficult when you added in simulated water for the characters to fight in. 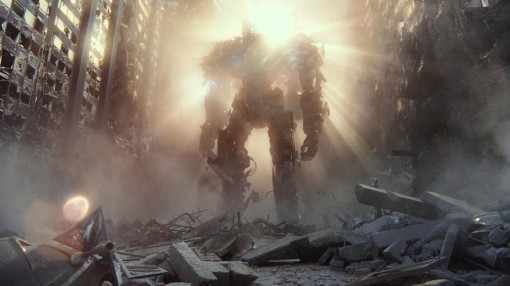 “The simulator isn’t going to like that,” says Knoll.

Thus, keyframe animation and making the digital characters semi-porous to the simulated water was the solution ILM pursued.

There also was the issue of how closely the digital Jaegers needed to match the movements of the actors playing the pilots, who were shot on a stage in Toronto. 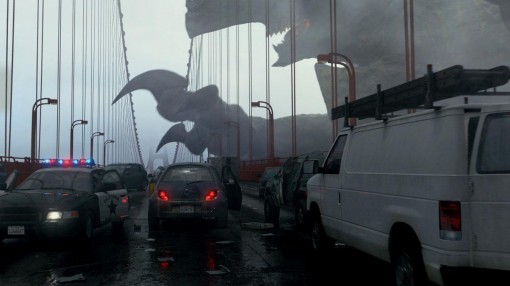 “We didn’t necessarily want a direct one-to-one correlation between what the pilots were doing and the robots,” says Knoll. “Guillermo and I had long discussions about how fast should the performers be moving in the control room and is it a direct drive … The compromise is there’s some kind of [artificial intelligence] system that manages the balance of the Jaeger and interprets the pilot’s move.”

For the Kaiju, most of the monsters were based on real creatures, most notably a shark-like being early in the movie, a crustacean model in a key flashback scene, and a gorilla-based one that rampages later through the streets of Hong Kong. Those roots gave the animators and effects crew something to go back to for reference for detail and motion whenever it was needed.

The major land battle occurs in Hong Kong, inflicting incredible damage on the city as the Kaiju and Jaegers rampage through it. Knoll says they began with a map of the real Hong Kong, plotting out the path of each battle and figuring out which buildings would be destroyed. The mandate from del Toro was for the sequence to be operatic and take advantage of the colorful, high-tech lighting coming from the city’s massive digital billboards and the rain, Knoll says. 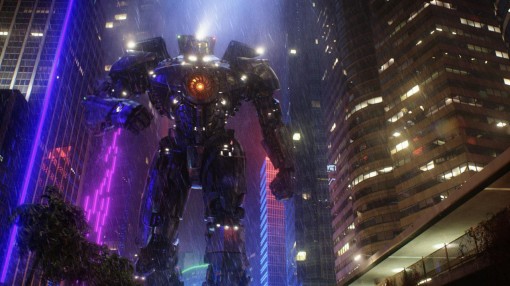 But when it came to showing actual buildings, the production ran up against the labyrinthine rights laws of Hong Kong, which made it near impossible to find out who owned the image rights to many of those buildings. Avoiding any legal issues meant fictionalizing the city—not a huge problem since the movie is set roughly eight to 10 years in the future—so it could be destroyed.

“WB legal said, ‘Damage a fictional building instead of a real one,'” Knoll says.

Warner Bros.’ Pacific Rim began its U.S. and U.K. theatrical run on July 12. The film will open in major territories around the world throughout July and August. 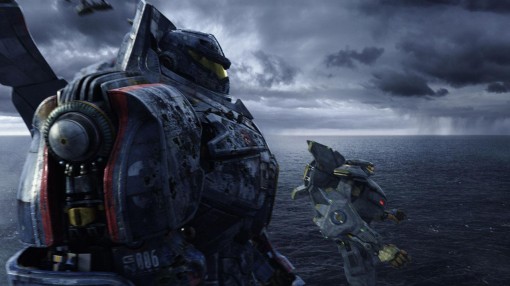