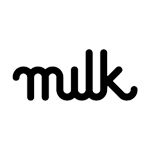 BAFTA-winning London visual effects company Milk is opening a second studio in Cardiff, Wales, to support its expanding slate of TV and film projects. Milk is one of the latest creative companies to opt to take advantage of the emerging infrastructure in the city, supported by the Welsh Government. Milk’s second location is in the flagship GloWorks building, and is set to open at the end of April with 20 artists to commence work immediately on Doctor Who season nine (BBC) and the Sherlock Christmas 2015 special (Hartswood/BBC). Collaboration with the London office is made possible via Sohonet.

Milk has appointed VFX Supervisor Sue Land as manager of the Cardiff studio. She will report to CEO & EP Will Cohen. The studio has already recruited a number of key employees locally and will work with the Welsh Government and Creative Skillset to hire and train local talent as it grows. This month, Milk starts production on ITV’s 13-part Beowulf, Fox TV’s The Bastard Executioner and feature Poltergeist (Fox/MGM). The company recently wrapped on BBC’s upcoming Jonathan Strange and Mr. Norrell and the Insurgent film (Summit Ent.)