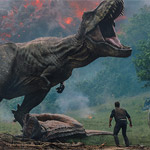 ***This article originally appeared in the June/July issue of Animation Magazine (No. 281)***

Dealing with the pressure of fan expectations for an established cinematic franchise is nothing new for vfx supervisor David Vickery, who previously worked on Mission: Impossible – Ghost Protocol. However, his latest project, Jurassic World: Fallen Kingdom — in theaters nationwide Friday, June 22 — was a completely different kind of beast.

“The more that I went online and read people’s comments on Twitter when trailers were released, this heavy responsibility weighed on me: We had to live up to the legend of Jurassic Park, because we’re making the movie for the fans,” says Vickery.

Steven Spielberg’s original 1993 movie served as an obvious inspiration for the vfx team. “There are many gags throughout the film that pay homage to Jurassic Park, as well as to Dracula and King Kong,” notes the vfx supe. “Sometimes it’s about what you don’t see. Our director, J. A. Bayona, built suspense through the sense of form and silhouette of the [new hybrid dinosaur] Indoraptor; the other way that he did it was to telegraph what was going to happen.”

The goal was to honor and bring something new to the franchise, rather than one-upmanship. “It was being taken in a direction that has new subtleties,” explains Vickery. “Neal Scanlan [creature effects supervisor] and I talked a lot about different colorful markings animals have … It’s about dinosaurs trying to attract the opposite sex of the species.”

Vickery says Bayona was keen to inject individual personalities into each of the dinosaurs. “In previous movies we’ve had the T-rex, Blue and Indominus Rex, all of whom have distinct personalities,” he notes. “There are four or five hero dinosaurs in this film that have unique characteristics. J.A. and I tried to bring a new element to the movie by rethinking about what these dinosaurs would do, how they perform, how do they think, and what are the unique characteristics of these animals that bring interest to the audience.”

Work on the concept designs of nine new dinosaurs commenced in August of 2016, while a team of 12 artists worked all the way through to March of 2017 prevising 600 to 700 shots. “There are a little under 1,200 visual effects shots,” notes Vickery. “ILM London had 550 shots while ILM Vancouver did 150 to 200 shots. ILM Vancouver has a fantastic team of effects artists who have done a lot of destruction work, so they did all of the work in Hawaii with the gyrosphere and some stampeding dinosaurs. ILM London worked on the scenes after they’ve left the island that feature the Indoraptor.”

Third-party vendors were also brought on to work on the movie. Scanline tackled a load of heavy effects-based work. Image Engine handled a couple of sequences featuring Blue. Important Looking Pirates worked on the prologue with some Tyrannosaurus and Mosasaurus shots and also did a sequence featuring the lead raptor Blue later on in the film. One of Us looked after some fully CG environment shots and environment extensions, while El Ranchito did some work on Lockwood’s manor.

Animatronics were also utilized extensively. “It was important to give the audience and actors something that they could properly connect with on-screen,” says Vickery. “Neal Scanlan and I came up with a clever way to seamlessly integrate animatronics and CG. If we didn’t have a fully working, picture-friendly animatronic, we would build a lightweight camera-ready puppet. As crazy as it sounds, we had inflatable dinosaurs that provided something for J.A. to frame and for our actors to run away from.”

Audiences will actually be able to see some of animatronics up on the screen. He notes, “Sometimes we had to replace the animatronic because the scale wouldn’t allow for the speed or range of motion required or was enhanced to get the intimacy and sensitivity of a facial performance that was needed.”

The sequel introduces a new hybrid called the Indoraptor which has the ability to shift from bipedal to quadrupedal and vice versa. “It was important for this Velociraptor-esque dinosaur to be able to get down on all fours and essentially run or gallop like a cheetah or puma; that’s something I don’t think we’ve seen before,” notes Vickery. “The Indoraptor could also go incredibly slowly and get extremely low.”

The design for the new creature needed to be adjusted. “During early animation tests we found that it couldn’t run elegantly because the proportions were incorrect. We had to shorten the front arms slightly because the elbows kept getting jammed inside or outside of its knee,” explains Vickery.  A high-resolution mode was created that looks amazing on an IMAX screen. “There are full frame shots of a finger or toe or eyelid. The Indoraptor opens its mouth at almost every opportunity. The intersection of gums and teeth required careful texturing and look development to make that convincing.”

Vickery and his team unarchived all of ILM’s models, textures and backgrounds built for Jurassic World and handed them to production designer Andy Nicholson. “He worked with his art directors to create this destroyed vision of the park,” says the supe. “We were able to integrate that. It was important for J.A., Andy and I that we build complete sets — often to the chagrin of our director of photography, Óscar Faura. He would come in and go, ‘How am I supposed to light this?’ Óscar had to start cutting huge holes in the ceiling so that he could get his lights inside. J.A. also wanted to film on location. We filmed in Hawaii for six weeks. We put our actors inside the gyrosphere and towed it around in order to avoid green screens as much as possible. It doesn’t make our life any easier in visual effects. It makes for a lot of roto.”

The team aimed to create as much of the sequence involving the volcanic eruption in-camera as possible. “We came up with a plan with Paul Corbould, who was the special effects supervisor of the sequence, which takes place in an underground bunker,” explains Vickery. “He had these huge, flaming columns of liquid fire raining down from the ceiling which we replaced in post with lava, but it gave us this wonderful interactive lighting. When we were in Hawaii, special effects supervisor Michael Meinardus laid down hundreds and hundreds of flame bars and smoke tubes at Kualoa Ranch (the nature reserve on the windward coast of O’ahu). ILM enhanced that and replaced lots of backgrounds to put the huge volcano behind us. We had to introduce pyroclastic clouds that are floating behind. The practical work gave us the right mood, atmosphere and light for the actors to be in. It would have been no good afterwards to be in Hawaii with blue skies and in full, hard sunlight.”

The close collaboration between visual and creature effects was a critical part of the project. “It was something that Neal said was absolutely unique to him,” remarks Vickery. “We weren’t trying to fight each other for the right to be the one that remained on the screen. It was all about, how can we plan the use of CG and animatronics to make sure that they both do what they do best?”

A lot of assets and shots were shared among the visual effects companies. “Dinosaurs were going backwards and forwards between all of the vendors. ILM London as the hub of the project were in charge of maintaining consistency of look and movement.” Vickery adds, “J.A. Bayona has nothing but the utmost respect for Steven Spielberg, Jurassic Park and the franchise. J.A. and [writer-producer] Colin Trevorrow have made a beautiful film.”

Universal’s Jurassic World: Fallen Kingdom opened on Friday, June 22 in U.S. theaters. The movie made $150 million during its opening weekend in the U.S. and has made over $711.5 million worldwide to date (June 24). 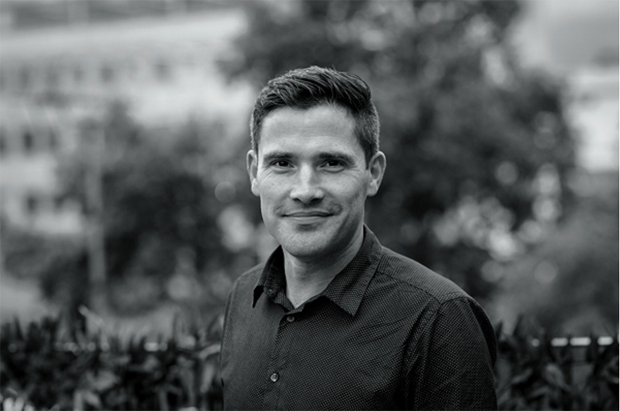 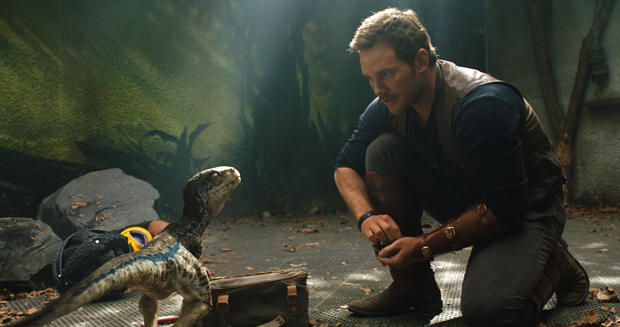 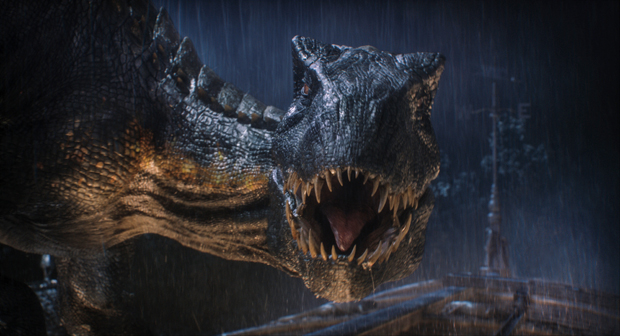 Score One for Animation
SIGGRAPH Keynote Rob Bredow: “Everything We Do Is Creative”