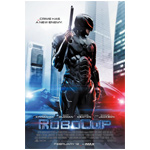 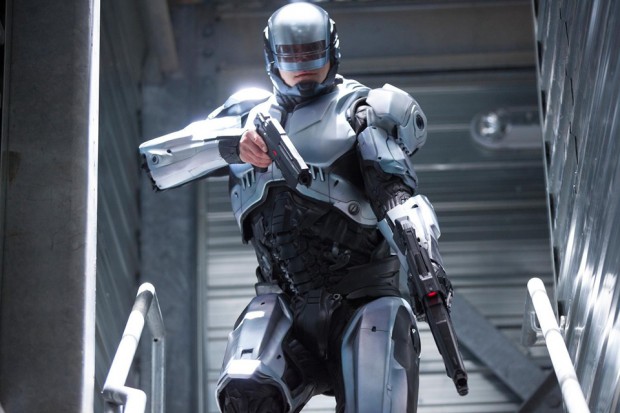 RoboCop is back, now enhanced via the magic of the latest and greatest visual effects to be a true 21st-century vision of the future of law enforcement. The remake of Paul Verhoeven’s 1987 classic RoboCop, which spawned two sequels, a pair of live-action TV series and two animated series, hits theaters February 12 from Sony/Columbia with a whole new look for the iconic character.

Padilha’s vision for the film had an impact on the visual effects right from the start, according to Jamie Price, the visual effects supervisor on RoboCop. “[Padilha] really brought a lot of that documentary energy into the making of his narrative films,” says Price, who supervised 1,070 effects shots produced for the feature by Framestore, Method, Cinesite, Mister X, Soho and Modus. “What that meant for us in visual effects is he liked to use a hand held camera, he liked to keep things loose, he wasn’t too concerned if actors didn’t always hit their marks exactly or if the camera framing was a little off.”

That looseness had to carry over to visual effects, where artists are used to knowing early on the exact length of shots and how they are going to fit together. “Not so on RoboCop,” says Price. “That was one of the really interesting challenges of it–how to design visual effects that really worked with this spontaneous style.”

As in the original, the story follows Alex Murphy, a Detroit police officer who is severely injured in the line of duty and turned into a cyborg law-enforcement drone by the private technology corporation OmniCorp. But despite his new programming, Murphy’s emotions can’t be erased completely and force him to act against his oppressors.

One of the challenges in designing an update for the movie is that robots and technology have become much more ubiquitous in the years since 1987. Production designer Martin Whist says the film takes inspiration from the original film and then brings it up to date in the near future when current technology like drones has advanced beyond today’s capabilities.

“In the case of RoboCop himself, we definitely started with the original silver suit,” says Whist. “I very much wanted to cue off of the design features of that suit, even going so far as to mimic the paint style on it. They used a kind of groundbreaking–at the time–technique, which involved multiple colors so that in different light magentas would come out and in other lights it would come out sort of a blue-gray. I thought that was really interesting, so we did do that on our suit.”

The film has the character evolve his look, going from a silver theme inspired by the original to a sleek, modern black suit that takes its cues from such diverse influences as Formula One cars, the design of the 1979 film Alien and the B-1 Stealth Bomber, Whist says.

“The main thing we knew we were going to have to be doing was what we called ‘slimming’…We wanted RoboCop to have proportions so that when you looked at him you knew obviously there’s no way anyone — no matter how skinny they were — could fit into that.” — RoboCop‘s vfx supervisor James Price

Though Padilha sought to do as much in-camera as possible, Price says every shot featuring RoboCop’s suit is touched by visual effects in some way. “The main thing we knew we were going to have to be doing was what we called ‘slimming,'” says Price. “We wanted RoboCop to have proportions so that when you looked at him you knew obviously there’s no way anyone—no matter how skinny they were—could fit into that.”

Slimming involved tapering the body, typically from the chest down to the knees; the thighs and the hips would be tapered down so RoboCop’s silhouette was something that looked clearly not human, Price says. Effects also were used on all all the major joints to show a mechanical interior for the character. There were also times when the visual effects crew took over the character entirely, digitally replacing the entire body save for Kinnaman’s exposed face and hands, Price says.

Additionally, effects were used on the character to convey the instances where he was using his robotic, superhuman abilities. There are scenes in which the character jumps higher, moves more quickly or uses more strength than is possible for a regular human, which required complete digitally replacement.

The brief for animating RoboCop was to bring the character into the present by giving him technological attributes that are extrapolated from today’s technology, Price says. “That meant he had to be a fast-moving, precise, mechanical, controlled machine,” he says. “Whereas there is kind of a rougher mechanical quality to the 1987 RoboCop, people today are used to what robots can do.”

One of the most popular elements of the 1987 RoboCop was the ED-209, a walking military-style war robot that was created with stop-motion animation executed by industry legend Phil Tippett. For the new movie, a digital approach was used, though Price says it was done in a way that worked both for his animators and for Padilha’s loose style of shooting.

“For the ED-209, we fashioned an aluminum kind of wire frame stand-in that was the right size and shape of the ED-209,” Price says. “And that really gave the actors something to act against, it gave the camera team something to frame and focus on, and i think it really enabled us to have that kind of spontaneous style.”

Additionally, the wire frame construction was easier for artists to paint out of each frame than if the stand-in had been a solid object. “We had a couple people who pushed it down the street, and as silly as it looked when we were doing it, it really did give us the opportunity to frame and focus on something and have the actors play against something.”

Animating the robots required some design tweaks, Price says. “We ended up modifying the original art department design a little bit in changing the way the legs work in order to make [the walk cycle] feel natural,” he says.

The new movie also introduces a new model batch from OmniCorp, the humanoid EM-208s, which Price describes as a security force akin to a “futuristic, robotic version of boots on the ground.” Since the EM-208s are humanoid, actors were used on-set to play those roles, working with a motion choreographer to get a robotic performance. They were then painted out and replaced with digital EM-208s.

The new movie is set in futuristic Detroit, as was the original—though Price says there was minimal modification of the city’s skyline save for adding the OmniCorp headquarters. Suggesting the futuristic setting came down largely to the uses of technology, adding high-tech computer designs and HUDs to blank on-set Plexiglass monitors.

Among the environment work was creating a look at the China countryside in a scene in which RoboCop escapes from a factory in that country. “We shot a very small rice-paddy set, about 15 feet by about 20 feet, and then extended the background with CG,” says Price.

Additionally, the opening sequence takes place in Tehran, Iran, and was created by extending a 200-foot long set to give the city depth. “We extended some of the buildings up to three and four stories, and then for a couple aerial shots, where we shot backgrounds with cable-cam rigs, we extended the city multiple blocks,” says price.

Another virtual set was created for the television set used by the character Pat Novak, played by Sam Jackson; a bombastic television personality with a political agenda. “His TV show takes place on a virtual animated set, so we set up a 270-degree green-screen behind Sam and he stood on basically a shiny floor … and then the entire background around him was entirely animated,” he says.

Sony/Columbia will release RoboCop in theaters on February 12.