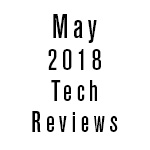 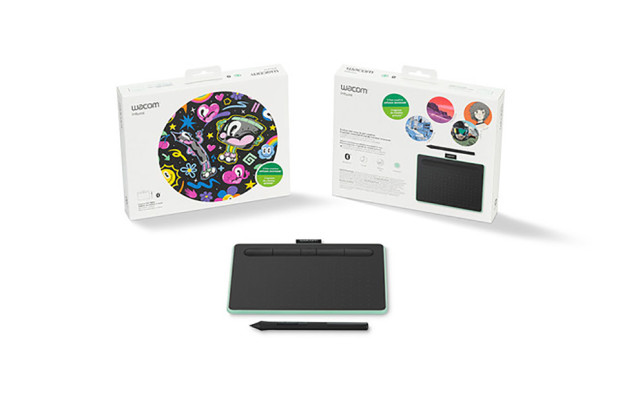 Just when I thought tablets couldn’t get any smaller and maintain their functionality, the brilliant folks at Wacom released their latest Intuos last month.

This new Intuos line of tablets has an incredible small footprint. The active drawing area is over 75 percent of the tablet itself. The full size of the tablet is roughly the size of the drawing space of the previous models. Removing the bezel area pares down the workspace to just the necessary area. The express keys are moved to the top of the tablet, recessed into a groove that doubles as a place for the pen to live. In addition, the tablet is incredibly light and amazingly thin — 8mm. Seriously, it’s like a clipboard. The surface has a bit more tooth to it than earlier models, so you get that subtle grit to the surface, like paper … similar to the anti-glare surface on the HP ZBook x2 (reviewed below). Plus, it comes in a few fanciful colors outside of black! Pistachio and Berry (in some regions), if you like your tablet pastel.

Another addition is that they’ve moved the USB port to the top of the tablet, so it is a little more out of the way. Of course, if you want to go tetherless, you can check out the Bluetooth models of the tablet.

The pen itself is a thinner version of previous models, and it maintains a nice balance and feel — plus, it retains the rocker side button that makes my life easier. There is no separate pen cradle, as the pen rests in the top of the tablet, as mentioned above. But, you don’t lose your extra nibs.  Well, you don’t have quite as many as before as the extras live in the body of the pen itself. You have the standard nibs, but you can swap them out with felt or flex nibs that are sold separately. The pressure sensitivity is at 4,096 levels, and the tilt functionality remains.

Along with the tablet, you can choose two free downloads, from Corel Painter Essentials (for paint-y things), Corel After Shot (for photo-y things) and Celsys Clip Art Studio Paint Pro (for manga-y things). But, of course, as a professional, you have all the other tools in your toolset already. And your tablet works well with them all.

Like all Wacom products, the feel and feedback is wonderful with imperceptible latency. The smaller footprint is fantastic for artists on the go or for freelancers who like to carry around their tools from studio to studio. 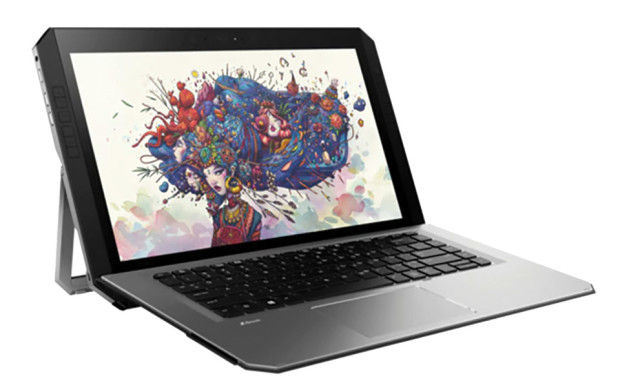 Almost everyone knows that HP ZBook Mobile Workstations are powerful, designed with power users in mind — especially for those working in the animation and vfx industry, those who push the CPUs and GPUs to the limits with our ZBrush-ing and Maya-ing and Houdini-ing and Adobe-ing. But we’ve just been witness to the unveiling of the next generation of that power: the ZBook x2.

While we would all like to untether ourselves from the tower workstations and carry our work with us wherever we go, there is a new brand of creatives out there; artists who want to be able to create things on the fly, in meetings, walking around, even in airports (all the places that we would have been able to pull out a sketchbook and draw). It’s still kind of cumbersome to pull out a laptop and a Wacom tablet. This is the niche that devices such as the iPad and the Surface Pro have been filling, and this is where HP is elbowing in.

First off, the design is thin and sleek and beautiful, able to conform to four different modes: Tablet (with Wacom pen), Detached (with Bluetooth keyboard), Docked (driving multiple monitors through HDMI and Thunderbolts), and straight Laptop (with keyboard connected and screen propped up). Inside, the 14” 4K Dreamcolor is driven by an Nvidia M620 with 2GB which is in the body of the tablet, as opposed to the keyboard, so display capacity doesn’t drop when it’s in tablet mode. The Intel CPUs are quad 8th gen i5/i7. It can hold up to 32GB of RAM and uses solid state drives (HP Z Turbo Drives or SATA) with a capacity of up to 2TBs on the Turbo drives. All this is cooled by a fan system that draws air in the sides and pushes heat out the top. In fact, most of the heat is relegated to the top half of the body, generally away from hands and laps.

The included stylus is Wacom technology with 4,096 pressure levels. The surface of the Dreamcolor is covered with an anti-glare coating that not only helps viewing experience, but features texture on the surface, providing a paper-ish feel when drawing.  My quibble about the pen is that is has only one side button. I’m one to use the rocker button on Wacom products to get that three-button mouse action, so I miss that when using the x2.

Overall, the feel of the x2 is great — not too heavy despite the equipment inside, so there isn’t as much fatigue. The tablet connects to the keyboard with a satisfying “snikt!”.And, while there aren’t as many ports as on the others in the ZBook family, there are enough to get by (USB3, HDMI, USB-c x2, SD Card).  2GB on the GPU isn’t enough for intense texturing in Mari or Substance, but as display cards can fit more power into smaller spaces, that capacity is sure to increase. Price tag is north of an iPad/Surface Pro, but for legit creative production work, you need this kind of power.

Per PR: Depends on customizable options; basic models start at $1,749 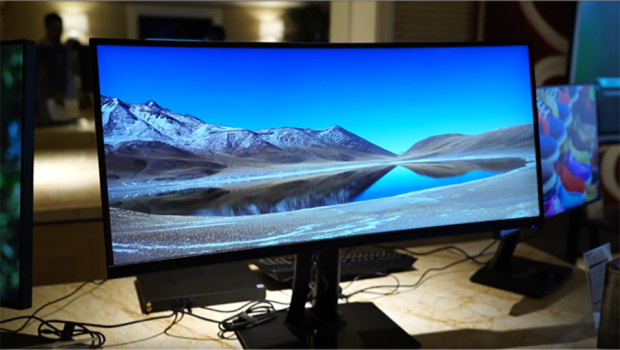 The ViewSonic 38” VP3881 is one of these monitors — and it’s a little bit dreamy. (Full disclosure: I haven’t put it through rigorous technical tests, checking the limits of the display — so I’m really going off of user experience and practicality.)

Firstly, the wide 21:9 aspect ratio (3840 x 1600) with a curve that encroaches into your peripheral vision just feels natural. The seamless work area is a nice change from my two-monitor setup, where you end up delegating tasks more heavily to one monitor or the other. At least that’s me. I can still break apart my work area expanding Nuke into Viewing Window, Nodes and Parameters, for example. But the environment feels more cohesive. Plus, there is support software to split your workspace into discrete areas, for those of us who are more particular.

The display itself is crisp and deep, displaying 4.39 trillion colors with HDR10 support (I hope to see Dolby Vision support in the future). That means that you are going to have brighter brights and darker darks than what you’ve been getting in your older monitors. And with a projected Delta E≦2 color accuracy, the monitor should be more than adequate for color sensitive tasks like compositing, editing and color grading.

SideNote:  Delta E is the comparative difference between two colors (not touching each other) that should be the same. A Delta E of 1 is imperceptible, while a Delta E between 3 and 6 is deemed acceptable.  So E≦2 ain’t too shabby (understatement).

The color specs are listed on the delivery sheet that comes with the monitor.  But for the critical color people, ViewSonic does have a “Colorbration Kit” available to ensure that your monitor stays plumb to the colors you expect.

The monitor sports a number of display inputs: DisplayPort, HDMI 2.0, and USB-c Thunderbolt — so, not only can you transmitter video and audio, but you can also charge your iPhone. There are also built-in speakers — which is a nice feature, but if you are an editing pro, you’ll know that you should probably have some pro speaks in your suite.

All in all, I have to confess that I’ve been broken by this monitor, or at least by 21:9 curved monitors in general. I don’t know if I can ever go back!