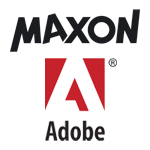 Maxon and Adobe unveil a revolutionary new workflow system between After Effects and Cinema 4D at NAB.

There’s always an exciting buzz in the air when two big software companies join forces to provide CG artists with new and improved digital tools for their work.

At this year’s NAB Show confab (April 6-11) in Las Vegas, the spotlight will certainly be on Adobe and Maxon, which have just launched a new partnership that will result in a smooth new workflow between After Effects and Cinema 4D.

As Harald Egel, co-founder and CEO of Maxon Computer GmbH, explains, artists can experience a seamless integration between the two applications, through a 3D pipeline called Cineware.

“With Cineware, you now have Cinema 4D’s Advanced Rendering engine directly available in After Effects,” he notes. “Also, a limited version of our product called Cinema 4D Lite will be included with After Effects.” 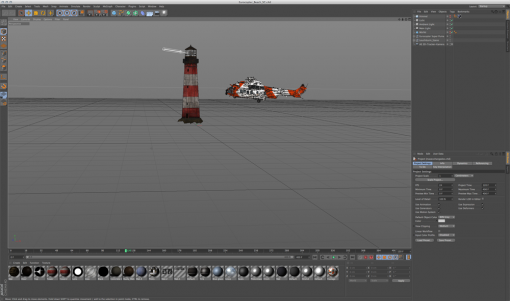 Users who purchase the upcoming version of Adobe After Effects will be able to simply drop a Cinema 4D scene in After Effects, composite it and render it. This will put an end to pre-rendering of passes. Artists can update files in Cinema 4D and it automatically updates in After Effects. Cinema 4D Lite is also offered in an impressive selection of exchange file formats, such as Alembic, OJB, FBX and C4D functionality itself.

“If they’re in need of even more possibilities in 3D creation, artists can easily upgrade to a more advanced version of Cinema 4D such as Broadcast or Studio and simply replace the Lite version,” adds Egel. “This offers them the full power of this integration. Depending on your needs, it’s very easy to step up.”

Adobe and Maxon have had a development relationship for several years. Both companies have conducted extensive surveys to better meet the needs of their clients.

“Our biggest users in After Effects are motion graphics artists and they’ve clearly told us that they use Cinema 4D in conjunction with After Effects in almost everything that they do,” says Steve Forde, Adobe Systems’ senior product manager. “When our customers came out and said that this integration really works for them, it re-sparked the creative juices at both companies, and we decided to go back and see if we could take it to another level.” 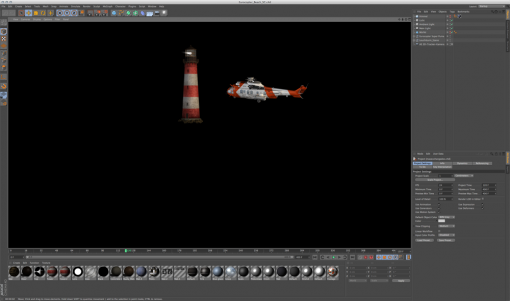 It was an important goal for the development teams to cut down the back-and-forth steps between After Effects and Cinema 4D so that artists didn’t have to render everything in Cinema 4D. Thanks to the new pipeline, artists only need to render at final output, and that translates to a dramatic savings in time and increases their ability to spend time creatively on a project.

Maxon U.S.A. CEO and president Paul Babb points out that artists can actually see their render results in the new After Effects interface.

“There are different visibility levels, so you can easily do a quick shading or a quick render to get a general idea of what it will look like,” he explains. “Or, you can adjust your view to see exactly what your render is going to look like, including the 3D parts with whichever effects are going to be applied inside After Effects.”

“What we were hearing from our user base loud and clear was that more digital artists were using full-fledged 3D,” says Forde. “On the Adobe side, we notice that users are exploring 3D, maybe they start by applying simple material before going into full models. By having Cinema 4D Lite in that After Effects box, they have a 3D tool at their fingertips. They can start with the basic stuff and as they progress, they can understand where they can take their creative ideas through the Maxon workflow.” 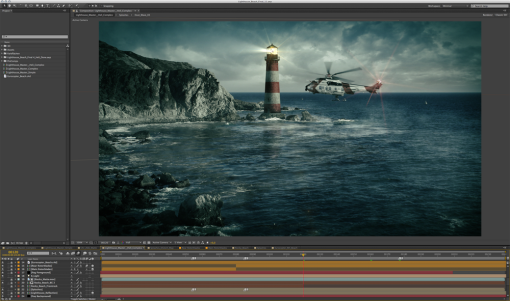 “Adobe and Maxon have similar philosophies and visions for where we would like to take our users,” says Babb. “I’ve had my eyes on the motion graphics market for the past 10 years, and I see this market growing exponentially in the next few years. We’ve seen TV stations incorporate 3D into their pipelines and electronic books incorporating animation. Then you have websites become like TV stations, and you see the number increase from having thousands of TV stations to millions. That’s why I believe this is the best time in history for artists, because there’s going to be so much work for motion graphic artists out there. Yes, the tools are complex and it takes time for people to be trained and up to speed, but I definitely see this as a market that’s going to grow for quite a long time.”

Both Forde and Babb mention that one doesn’t generally see this kind of a deep collaboration between two companies that have clearly established brands in the market.

“The interesting thing is that when we came out and said OK, here’s the integration and here’s Cinema 4D Lite, the beta users wanted to take it to the next level really quickly,” recalls Forde. “This means that we’ve hit the mark in terms of the first release.”

Babb says for years software companies have wanted to be the be-all, end-all package. 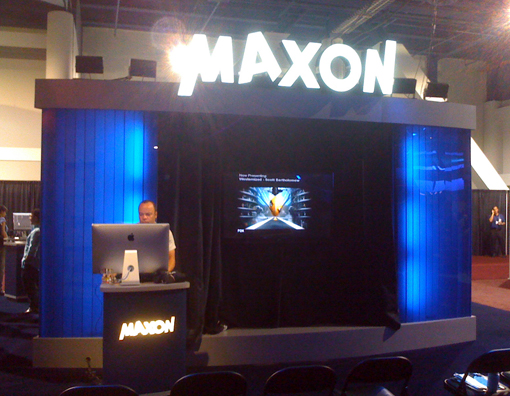 “They want you to do all your work in their package,” he notes. “But there’s a recognition on both our sides that we are just another paintbrush in the toolset of artists and it’s our job to make it as easy as possible for them to get their job done with our paintbrush and other paintbrushes. So whatever we can do to make that workflow smooth is going to be a win-win situation for all of us.”

(This article appears in the May issue of Animation Magazine)