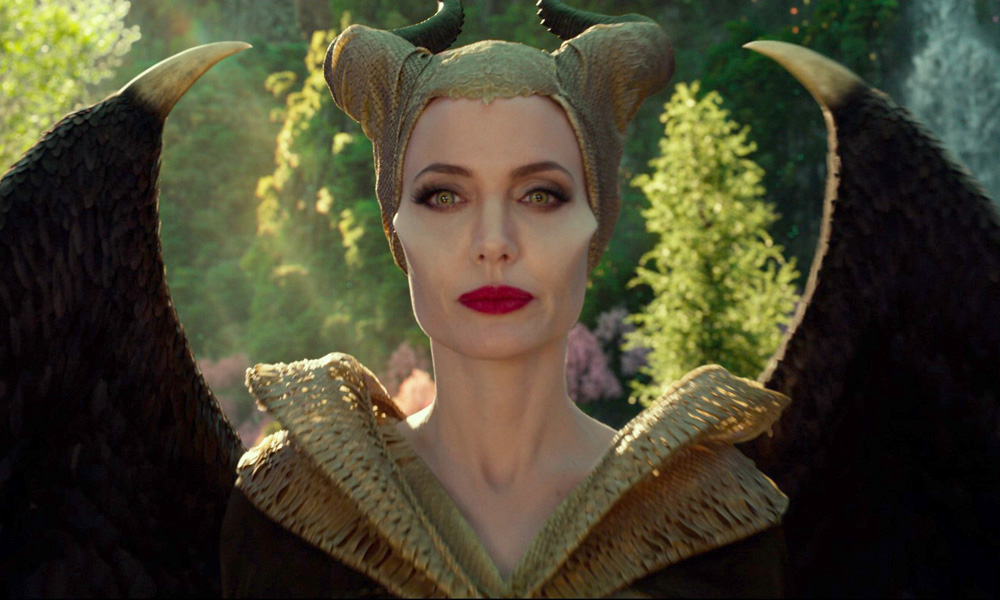 ***This article originally appeared in the December ’19 issue of Animation Magazine (No. 295)***

Five years ago, Disney opted to retell the story of Sleeping Beauty from the perspective of its charismatic villain in the hit live-action movie Maleficent. This month, Angelina Jolie reprises her titular role in the sequel Maleficent: Mistress of Evil under the direction of Joachim Rønning (Kon-Tiki). The storyline follows the engagement of Prince Phillip (Harris Dickinson) to Princess Aurora (Elle Fanning) and how it triggers a war between the humans and faeries, and tests the bond between the bride-to-be with her godmother, Maleficent.

After previously collaborating with Rønning on Pirates of the Caribbean: Dead Men Tell No Tales, VFX supervisor Gary Brozenich (The Lone Ranger) was given the responsibility of making the fantastical world of the horned faerie a cinematic reality. “The needs of Maleficent and Pirates were so different for both of us it was a lot of fun to jump into a brand-new pool,” he says. Approximately 2,168 visual effects shots were divided between MPC facilities in Montreal, Vancouver, London and Bangalore, with assistance from Mill Film in Montreal. “I was lucky to work with the team that came off of the back of The Lion King and a lot of them had worked on the previous Maleficent.”

Brozenich says the first movie’s use of facial capture effects and other visuals were great for the time. But, he adds, “Five years later, what we are able to do creatively and technically has become so much more advanced. Upgrading all of the techniques, looks and the ability to make the characters modern in the visual effects sense was one big hurdle.”

One unexpected challenge was dealing with four or five key performers with wings, all of whom have different personalities. “You have amazing actors like Chiwetel Ejiofor, who is not used to pretending that he has wings, while Angelina Jolie did on it the previous film and came in armed with all of the knowledge and experience to immediately click into gear and become Maleficent,” he recalls. “When you’re choreographing huge scenes with loads of wings, which are essentially the size of a person each, then it changes the structure and the framing of everything.”

Previs Before You Leap

To deliver the film’s complex effects, extensive storyboards and previs sequences were created. “In practical shooting terms that normally acts as a style guide rather than a bible, which for me is a better way to work,” states Brozenich. “It allows you to capture natural reactions on set. We have sections of the movie that are largely CG.”

The vast majority of the production took place at the famous Pinewood Studios in the U.K. “Other than interiors which were largely in camera, with the exception of what was out the windows, 360 degrees looking at any direction could be a bluescreen. There were big set builds, but in the scope and scale of what the movie encompasses they don’t get you far, especially with flying characters which cover a lot of ground.”

The pixies trio of Knotgrass (Imelda Staunton), Thistlewit (Juno Temple) and Flittle (Leslie Manville) reappear with the help of the latest performance capture system. “We used a software that has been developed by Disney Zurich called Anyma; that was combined with various mocap techniques, keyframe animation and three mocap actors miming to the facial capture that we did of the three key performers to have the pixies come to life. We had a heavy use of mocap on the show, which is always a great launch pad. If you have a six-armed, two-headed creature, mocap might not be the best way. But when you have bipedal and quadrupedal characters that are largely based on understood human animatronics, then mocap gets you there fast.”

A combination of wirework and CG was utilized to enable the winged characters to fly. “We did do a lot of work on a tuning fork, which is a man-tronic approach where you put somebody onto a stunt rig, and the stunt riggers and performers will manipulate and work with the actor to make it appear that they’re banking left and right, lifting and dropping,” explains Brozenich. “It was the same approach that was used for the first film. We did look at other techniques, like motion-control bases, but they weren’t practical considering the number of characters and scenes that we had to do, and the time that we had to do them in. Being able to work with the actors so that you’re not harnessing them into something that is completely preprogrammed and giving them a little bit of breathing room to give their own style, flare and technique to it was rewarding for them. It’s always hard to do flying people. A lot of time you have to replace them digitally, or parts of the body.” 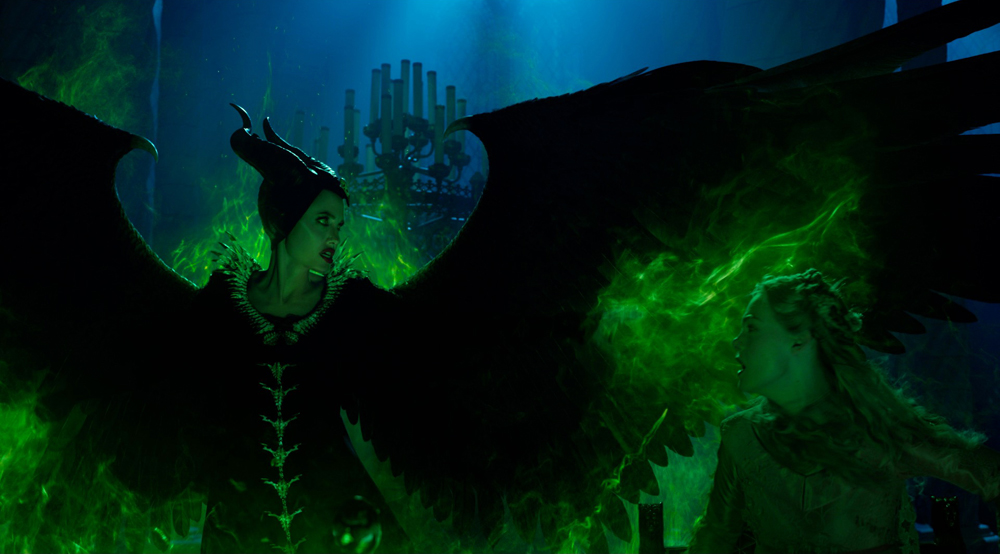 Green and red magic are part of the film’s dynamic visual language. “Green magic has a legacy to it, so there was an established look that was there for us when we walked onto the movie,” notes Brozenich. “Part of what we had to go through was trying to establish a way to respect that, replicate it, and try to technically advance it. The ability to use magic as a tool or weapon takes on a whole other level of dynamic that is much bigger and more demanding than what was used in the first one.”

The red magic was done entirely digitally. As Brozenich mentions, “We went through a whole period of trying to do parts of it practically on set. Half of the backlot of Pinewood Studios was turned bright pink in the matter of three hours.”

Wallerbogs and Tree Warriors have a major presence in the sequel, alongside new creatures such as fawn faeries that look like a cute little deer. “Aurora’s castle, which was Maleficent’s throne, is in the heart of the Moors; it’s the greenest and most luscious and beautiful place,” says the supervisor. “Everything ripples off from there. Once you get to human inhabitation, the Moor starts to look like an English forest. It’s beautifully lit by our DP Henry Braham [The Golden Compass]. We have added touches of magic and replaced some trees here and there to get that storybook quality. The Moors and forest are a mirror of the first film but hopefully we were able to make them look more advanced in terms of the skills and technologies that we have now.”

One of the movie’s new settings is the place where Maleficent came from. “The origin story, which is buried in the film, is the most fun,” notes Brozenich. “There’s a mythology based around who these people were, where they came from, and why they were in the place that she ends up with them, which has a direct relationship with the aesthetic of the scenes and the environment we got to make. Imagine all of the four corners of the Earth on steroids put into the same physical space. It’s a moment of explanation. We do continue to come back to it, but we only created one of the big environments.”

Brozenich praises his great relationship with stunt coordinator Jo McLaren (Cats) and second unit director Simon Crane (Edge of Tomorrow). “We gelled really fast and worked side by side.”

He also points out that the shortened post-production schedule and the variety of visual effects were some of the film’s biggest challenges. He says, “We had everything from rooms full of winged humans, full CG shots of over 100 characters, and loads of live-action set pieces with a few CG characters mixed into them.”

“I was the CG battle guy for quite a while,” notes Brozenich, whose credits include Kingdom of Heaven, Troy and Wrath of the Titans. “I welcomed the challenge of making the battles look threatening, scary, exciting and dynamic, but we also had to make sure the visuals fit within the familiar Disney vernacular. So that was a nice change!”

Disney’s Maleficent: Mistress of Evil is currently playing in theaters around the world. 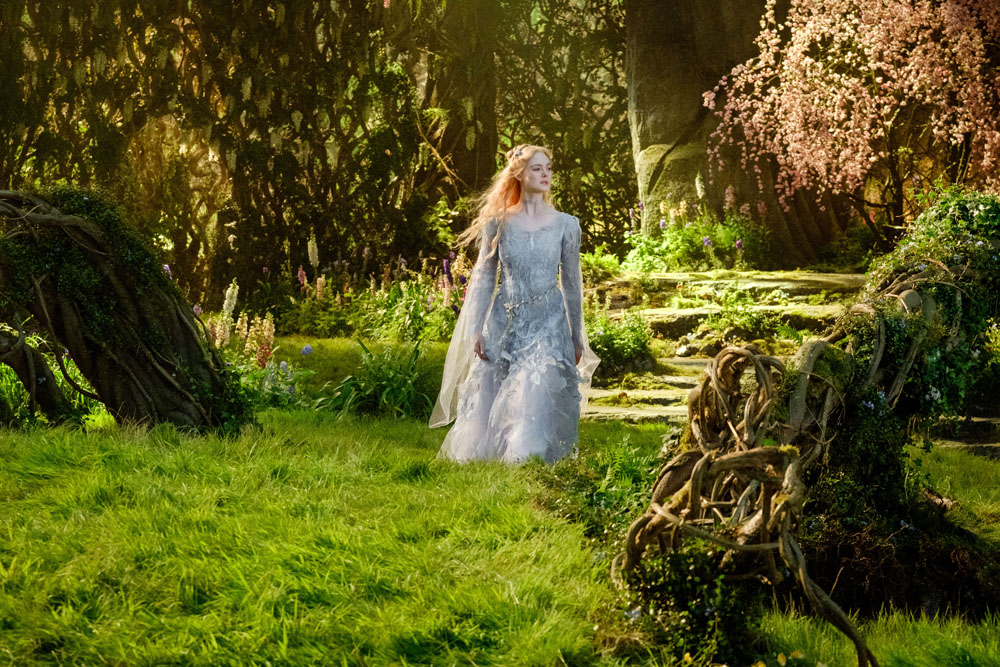 Cinekid and MediaLab Award Winners Revealed
‘Bombay Rose,’ ‘And Then the Bear,’ ‘I Bleed’ Win Hugos at Chicago