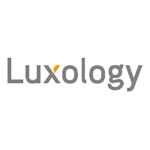 Luxology has released its new NPR Kit for modo – a non-photorealistic rendering package that allows expressive, hand-drawn looks and animations to be achieved in 3D renderings. With this new all-in-one kit, modo 601 users will now be able to access classic art styles when rendering anything from product visualizations to anime and fine art.

With material options for ‘toon’ shading, stippling, halftones, and edge rendering, the NPR Kit is the quickest path to unique representations of architecture, products and characters in modo. Since the NPR Kit can mimic traditional styles like blueprints, sketches and chalk drawings, it is a valuable resource for technical illustration, where edges and other important features are emphasized at the expense of detailed visual accuracy, or on cartoon productions, where solid colors and strong lines are used to convey emotion.

The eight shaders included in the NPR Kit offer a high degree of artistic control, as exemplified by the SketchTone shader, which uses hand-sketched hatching examples to map an artist’s personal drawing style to any 3D surface. High priority strokes appear even where there is little shading; while lower priority strokes are filled in later, as the shading grows darker. This technique not only reproduces the hand-drawn quality of the strokes used, but also the artist’s own interpretation of the surface.The NPR Kit also includes pre-built materials, still and animated backgrounds, sample NPR scenes, Sketchmaps, and tutorials.

“The NPR Kit brings familiar 2D styles back to the table,” said Bob Bennett, VP of Marketing for Luxology. “The ability to emphasize the edge, color and pattern details of 3D models with a range of traditional looks really extends the creative options for modo designers and artists.”

The NPR Kit is available immediately for use with modo 601 on both Mac OS X and Windows operating systems for a suggested retail price of $199. The kit is currently offered for $149 for a limited time and can be purchased thru authorized Luxology resellers or on Luxology’s website at: www.luxology.com/store/NPR/.