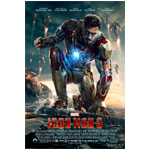 How two of this season’s biggest blockbusters Iron Man 3 and Star Trek: Into Darkness delivered their spectacular CG visuals.

Both films feature a huge number of visual effects shots—about 2,000 on Iron Man 3 and about 1,600 on Star Trek: Into Darkness—and short deadlines to meet that required work to be spread out to facilities around the world.

With so many artists working on so many shots, maintaining visual cohesion is a primary concern, says Victoria Alonso, executive producer on Iron Man 3 and Marvel Studios’ executive VP of visual effects and post-production. 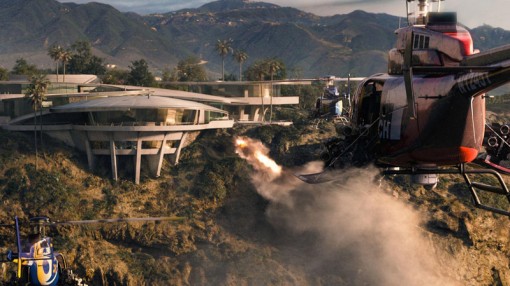 “The idea was, how do we make it cohesive looking?” says Alonso. “How do we still have consistency of imagery and quality and still make our deadline?”

With more than 16 vendors working on the movie, as well as an in-house team, work began on the complicated sequence in which Tony Stark’s Malibu home is destroyed before any footage was shot for the film, Alonso says.

“The only thing real that we ended up with at the end of the day was the actors,” says Alonso. “The rest was all created digitally.”

Taking 16 months to finish, around 95 percent of the lengthy sequence is digital effects. 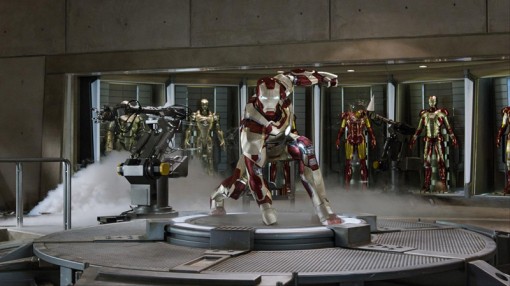 “The directive was that we need to make sure that this felt 100 percent real, organic, and that people would doubt us that it was not done for real,” she says.

Having two previous Iron Man films, plus last summer’s blockbuster The Avengers, under their belt helped the animators get the look and movement of ol’ Shellhead, as Stan Lee used to call him in the comics, just right.

“We have what is a very Iron Man walk or takeoff or landing or head turns,” Alonso says. “We have a very specific group of stuntmen that have been able to give us the walk and the move and the firing [of Iron Man’s repulsor blasts]. It is like the Iron Man School of Performance, if you will.”

Using motion capture, the stunt performers can create 80 percent to 90 percent of the motion for Iron Man, with the rest tweaked with key-frame animation. 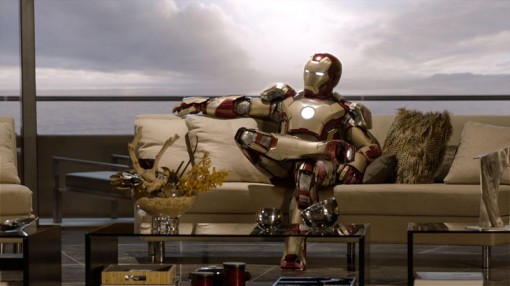 The Suit Makes the Man

Director Shane Black, of Lethal Weapon and Kiss Kiss Bang Bang fame, takes the concept of an armored superhero to a new level in Iron Man 3, with Stark unleashing dozens of variations on the armor for the movie’s climactic battle.

“All the suits are a little different; they are bigger, they’re smaller, they’re lighter, they’re faster—they all have one quality, per se,” Alonso says. “We adjusted some of the performance based on the design, but always within the same feeling.”

Among the more difficult elements to coordinate was the Extremis effect, which results from a virus that gives people great strength and resilience, regenerating limbs, but also burns them up from the inside. In addition to having multiple houses working on the effect, it was being applied to a variety of people and required special care from overall visual effects supervisor Christopher Townsend to ensure consistency.

“We had both men and women; darker skin, lighter skin, skin with hair,” says Alonso. “It becomes a lot of things and it all has to feel like it’s one effect.”

Another major sequence is one referred to as the “barrel of monkeys,” in which more than a dozen people fall from Air Force One in mid-flight without parachutes, while Iron Man swoops in and saves them in a spectacular aerial stunt.

Filming stunt skydivers was the starting point for the sequence.

“The moment we started to put Iron Man into the shots, we had to tailor the flight paths of all the skydivers, and sometimes we had to replace them,” says Alonso. Filmed over North Carolina, the scene is set over Miami, requiring the sky, the city and the water below to be replaced with a completely digital environment, she says.

“This whole movie is visual effects,” says Alonso. “The final battle is one of the things I’m incredibly proud of because we have been criticized before that we don’t give the fans enough action. And I think the final battle in this is pretty top to bottom action-packed.”

There’s no shortage of action on the final frontier of Star Trek: Into Darkness, for which Industrial Light & Magic’s Roger Guyett reprised his role as visual effects supervisor from director J.J. Abrams’ first Star Trek outing.

Guyett says some 1,600 shots were done for the movie on a very tight schedule of about a year. ILM handled about 500 shots, mostly everything related to Starfleet and its vessels, with Pixomondo, Atomic Fiction and Abrams’ in-house shop Kelvin Optical also pitching in major contributions.

Returning to Star Trek offered Guyett a chance to expand on and detail the work done for the first movie.

“We wanted to do something to turn it up one more notch on the dial and build on some of those ideas that we’d established in the first movie and really take the audience on a journey a little bit more inside the journey of the crew,” he says. “And as usual, it was an enormous design challenge.” 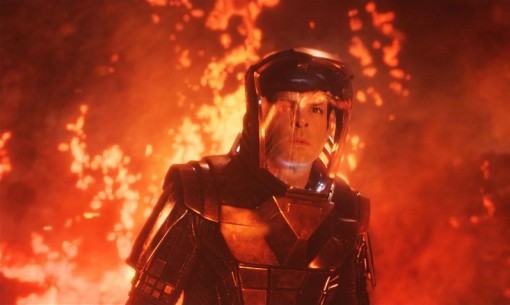 Space movies are among Guyett’s favorite to work on because there’s a lot of fun and geeky technical stuff to work on.

“In the last movie, we showed off the new ship and you do all those classic Robert Wise shots of the ship,” he says. “This was an opportunity, having already established the ship, to say, now we can indulge ourselves in the detail of how it actually attaches to the space dock.”

Star Trek: Into Darkness starts off big, with a sequence set on an alien planet that includes Spock shutting down an active volcano from the inside and the U.S.S. Enterprise rising from under the ocean. 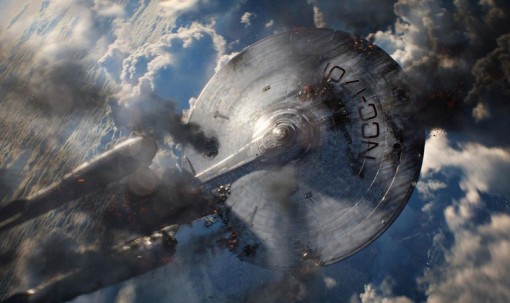 “Literally everything you see in the movie lava-wise—even the foreground lava, the splashes—is all digitally done,” says Guyett. “Having done the lava scene in Revenge of the Sith, it was a huge jump in terms of what we could achieve.”

The Enterprise emerging from the ocean required nothing more than a lot of hard work, taking about four months to complete.

“The work that ILM had done on movies like Battleship was enormous in how much it helped us understand how we would go about doing that kind of thing,” he says. “But, at the end of the day, it’s just a tremendous amount of hard work.”

The film features a huge climactic battle that begins with a starship crashing into San Francisco and continues with a massive fist fight between Spock, played by Zachary Quinto, and the movie’s mystery villain, played by Benedict Cumberbatch, atop an unpiloted air barge racing through the city. 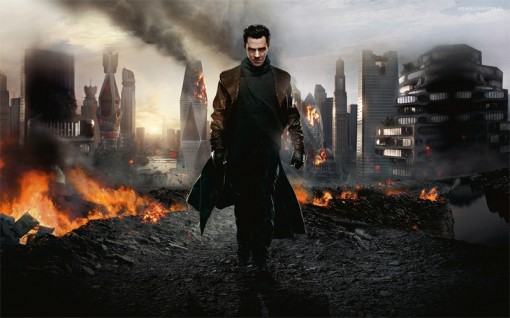 Guyett, who also was second-unit director on the movie, shot much of the fight himself.

“Part of the fun was also getting the two stunt guys who knew the fight so well and, as soon as we finished shooting, we went down to a mo-cap stage at Gentle Giant and [animation supervisor] Paul [Kavanagh] and I [ran the stuntmen] through the whole fight and did three or four different variations of it so we could always just cut to mo-capped little CG dudes fighting away on the barge, and it would just cut in perfectly.”

The shots of the city required a full digital environment that had to be adjusted to match the constantly shifting lighting of the live-action photography.

“You had to literally shot by shot analyze where the lighting was and relight the city.” 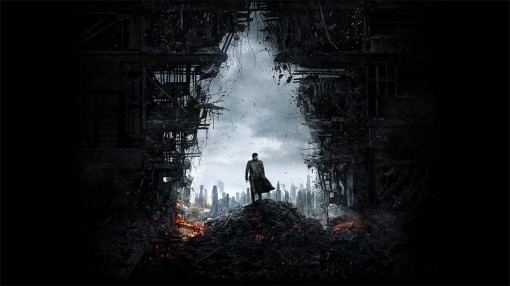 Filling in all the details on a movie like this, despite the tight schedule, is satisfying and fun, Guyett says.

“There’s so much left to visual effects to fill out that world.”