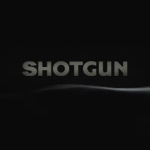 Portland, Oregon-based animation house Laika has purchased a site license of Shotgun software to manage production and enhance collaboration for stop-motion and vfx work throughout the studio. Laika has implemented the flexible, web-based solution as a central platform for modernizing production management of the data-heavy stop-motion process on its upcoming 3D animated feature ParaNorman, which comes out on August 17, 2012 from Focus Features.

“The traditional method of sharing information and keeping a stop-motion production rolling involves armies of people with clipboards and a massive hallway of shot boards, printouts and schedules,” said Jeff Stringer, Laika’s director of production technology. “We have been using Shotgun to manage visual effects work for a long time, and when we started ParaNorman, we saw an opportunity to use it within the stop-motion pipeline also, to modernize some of the processes we were doing manually.”

“The biggest benefit Shotgun gives us is the ability to organize approved artwork and relate it to the shots,” Stringer added. “When we are talking about a particular piece of artwork, everyone is now sure they’re looking at the exact same thing. That was not the case before Shotgun.”

Shotgun is a web-based system that gives all parties involved in a project instant access to critical data, messaging and real-time project progress. Its open API enables studios to use Shotgun as a central platform around which they can quickly build custom tools and bridges to other applications using Python scripting.

Shotgun Software was founded in 2006 by a group of vfx professionals to build production tracking and pipeline solutions. The company is actively developing the system with more than 300 industry studios including Digital Domain, Double Negative, Reliance, Framestore, Pixomondo, Playstation, Blizzard and Zoic Studios. For more information, visit shotgunsoftware.com.