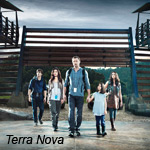 VFX supervisor of Fox’s Terra Nova reveals some of the visual secrets of the hot new fall drama, exec produced by Steven Spielberg.

One of the most jaw-dropping moments in movie history came in 1993 when Steven Spielberg’s Jurassic Park used then-futuristic CGI effects to create the most convincing dinosaurs ever put on screen.

Now, nearly two decades later, the acclaimed director is returning to dinosaur territory in the new Fox TV series Terra Nova, which premieres September 26 with a two-hour movie event that leads into a 13-episode first season.

The series stars Jason O’Mara as Jim Shannon, who leads his family from an environmentally devastated future to a new start in the prehistoric past at the colony known as Terra Nova. New delights and plenty of new dangers—both from the dinosaurs that roam freely around the colony and from a band of rival colonists—awaits the Shannon family.

Heading up the visual effects on the ambitious series is Kevin Blank, a veteran of TV visual effects whose credits include such fan-favorite series as Xena: Warrior Princess, Alias and Lost.

Blank says he felt tremendous pressure about the project, given that even the idea of a Spielberg project with dinosaurs was going to raise expectations, but also a lot of excitement because there was an opportunity to do something new here.

“There was a mandate from Spielberg that he didn’t want it to be anything like Jurassic Park, he wanted it very much to have its own identity,” says Blank. “I watched Jurassic Park and tried to learn everything we could about it and make sure we didn’t repeat things from it.” 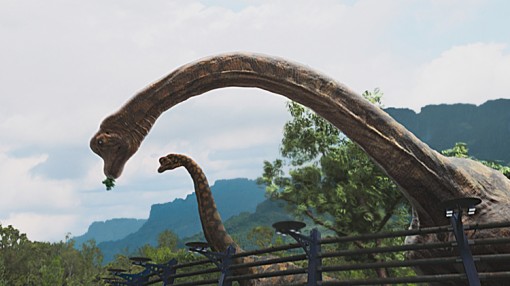 Blank came on to the project early, starting work last year on building a pipeline that would suit the series’ needs, finding a house to do the effects work and fitting it all into a very tight budget.

“There are places all over that have established pipelines for creating wonderful creature work but didn’t fit the economic model of the show, so something had to be created to fit this show,” says Blank.

Blank realized he needed to create a custom pipeline for the show and began working on finding a way to make it reality. Needing a partner, Blank ended up talking to Pixomondo, which lacked a pipeline for TV projects and agreed to let him design one and use their facility for Terra Nova.

“I sort of four-walled something within their company structure and sort of restructured how things worked,” he says. “And since they didn’t have a pre-existing animation pipeline, it wasn’t like I was going in there and taking something apart; I was building something new.”

Production on the pilot began in Australia last November. Blank says he and his team built off the work of production designer Joe Hodges to design some of the digital environments and creature effects needed for the show, along with help from director Alex Graves and the concept artists. 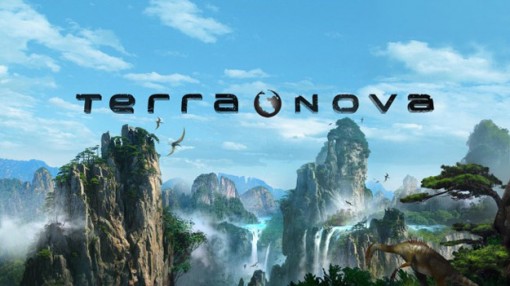 The original plan was for Terra Nova to follow the example set by Glee, and air the two-hour pilot in the spring with the series to follow in the fall. Shots were rushed into post-production in time to create a short spot for Super Bowl even while the pipeline for the series still was being developed. However, the plans for the spring debut were scrapped when post-production delays left the vfx team with insufficient time to finish the job, Blank says. Instead, a rough version was shown at Comic-Con in San Diego.

The series began shooting in June, with Blank estimating that it takes about 11 weeks from receiving the script to putting a dinosaur in the show.

“When the scripts are being written, we talk about creatures and start the design process,” Blank says. “The design process happens in pre-production and generally gets squared away before we start shooting, so we have a sense of what we’re working with.”

Every episode of Terra Nova will feature a dinosaur, with new ones rolled out through the season, he says. While all the creatures can be lumped together under the label of dinosaur, Blank says they are all quite different and there have been few opportunities to reuse animations so far. 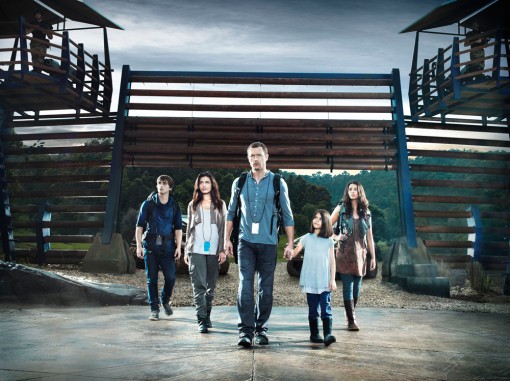 “We have bipeds and quadrupeds and bugs and creepy crawlies, and they’re all pretty much different kinds of rigs which don’t necessarily allow for animations to be transferred over,” he says.

Design of the dinosaurs is all run through Jack Horner, a paleontology expert who also worked on Jurassic Park. The show is intentionally set in a period about 85 million years ago that has the least-defined fossil record. That makes it easier to embellish or tweak creatures to look cool without being scientifically inaccurate.

Beyond the dinosaurs, Blank says the pilot’s futuristic scenes set in Chicago 2149 proved quite challenging despite only lasting a few pages in the script. All those environments were created with CG and required significant time to model and build.

Blank says he was on set in Queensland, Australia, during the filming of the pilot and the first five episodes of the series; the rest of the time he is back in Los Angeles to oversee post-production. He recently returned to Australia to help set up for the finale, which is expected to wrap up in early December and air just a couple week later. 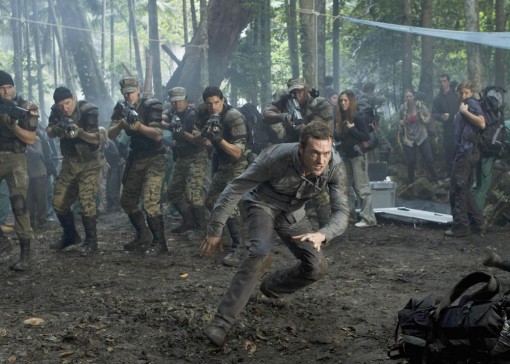 Blank says he’s especially proud of the pilot, but his favorite shot to date is in the episode that airs right after the pilot.

“It’s a Hitchcock homage to The Birds, and it’s pretty fantastic,” he says. “It’s one particular creature that is my favorite thus far.”

Having worked in television visual effects since the mid-1990s, Blank says he’s seen a lot of changes in this often-ignored side of the business.

Advances in technology—like the arrival of affordable software for matchmove and tracking effects—have helped improve the quality of effects on TV, he says. “There’s a lot fewer limitations imposed on the creative side of designing shots.” 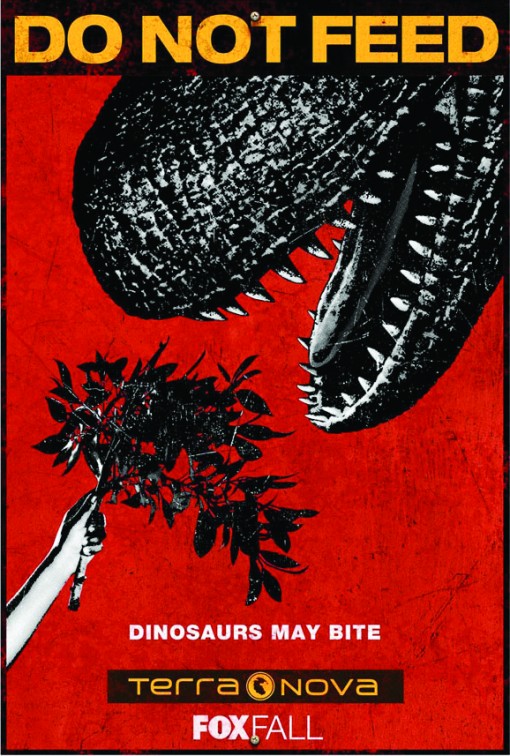 Having worked on a handful of features as well, Blank says there are advantages and disadvantages to each. While features give you the resources and time to really polish an effects shot to perfection, sometimes the magic and energy can flag a bit over time. “What can be really cool and exiting can get a little dull when you’re looking at it for maybe the 80th time,” he says.

The fast pace of TV, however, means you’re always focused on finishing a shot quickly and moving on to the next challenge—a scenario which Blank says he finds much more invigorating. “It’s a more fun part of the process.”