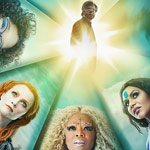 Madeleine L’Engle’s beloved 1962 classic A Wrinkle in Time tells the story of Meg Murry travelling through space and time to save her father from an expanding evil entity. The young adult fantasy tale — which was adapted for television in 1983 — gets the Hollywood treatment under the direction of Ava DuVernay (Selma) and visual effects supervision of Richard McBride (The Revenant). To create the project’s elaborate visuals, over 1,500 vfx shots were produced by principal vendors ILM, MPC, Digital Domain, Luma Pictures, Rodeo FX and One of Us.

“We did some storyboards and previz for a small percentage of specific shots such as Calvin O’Keefe [Levi Miller] falling,” says McBride. “Ava used them as a guide as she was always thinking, ‘Once I get out there I’m going to find my inspiration.’”

In order to speed up the shooting process, bluescreen was minimally used on location, such as in the Camazotz forest (Northern California), on Uriel (New Zealand), and the Camazotz suburbs. “We had full bluescreen sets for Orion [stone bridge], IT’s lair, and the final end ‘tesser.’ Outdoor sets, such as the Murrys’ backyard and Camazotz, ‘Run to the Wall,’ utilized multiple large-scale bluescreen walls.”

Even with extensive concept art provided by production designer Naomi Shohan (The Walk), further development was required for effects like the vaporous form of Mrs. Which (Oprah Winfrey). “It took many rounds of trying things in a still conceptual form as well as moving tests with several effects passes and distortions,” explains McBride. “The tricky part was that we never really found a good endpoint and the arrival of Mrs. Which in the backyard is such a big moment. Ava’s aesthetic isn’t something where she wants it to be over the top. Mrs. Which is made of the universe, light, stars and energy. We also had to try to figure out within the edit how many shots were needed. Eventually we found a good middle point of her transformation, and worked forward and backward from there.”

A major part of the familiar tale is the characters’ abilities to journey through space and time via a tesseract. “We wanted to avoid necessarily going through a starry space tube and anything that looked celestial,” explains McBride. “Ava wanted something that felt like it was happening in the physical world. Initially, we were looking at something that was fractal or crystal-based that had folding hard edges, because we talk about folding space and time in the story. However, the trailer for Doctor Strange came out and it looked similar to the tests that we were doing. Ava kept describing this idea of it being like a fabric or curtains and we had already started using wave patterns and waveforms to distort the physical world. We ended up with a combination of the two.”

“Land as monster” was the name given to the relentless antagonist that pursues the children on the evil planet of Camazotz. “We had cloudy rain days in California which leant itself to what we were trying to create,” notes McBride. “At a certain point we had to back off on the amount that we were putting out with the rain machines. We were also setting off small explosive hits on the ground as if debris was hitting the ground around the kids.”

Extensive simulations were required for the final effect digitally conjured by MPC. “Because of the number of effects passes that had to be created for debris, ground cracking and lifting up, dust clouds, lightning flashes and the clouds in the sky, the last shot to be delivered was from that sequence.” Tornadoes, vortices and tidal waves were key visual references. The earth was like this wave that was moving towards and chasing the kids as well as pulling in everything from the environment and projecting debris out at the same time.”

The film’s principal photography took place in New Zealand, which subbed as the lush planet of Uriel.  “Unfortunately, New Zealand like California was in a bit of a drought so wasn’t quite as lush when we went to shoot there,” reveals McBride. “Covering the landscape with super bloom flowers and greening it up became our task. ILM built out the entire environment. The poppies were something that was conceptualized early on, and we ran with that. The idea was that each poppy had its own ecosystem. There is a big lake on top with all of this vegetation that is growing underneath of it so we get a chance to see that when the kids fly under and through it.”

The flight over Uriel is a proud moment for McBride. “Ava is about performance and wanted the kids to be enjoying themselves. I had to think what would be a good way to keep all of the kids together, so that’s how we got Robomoco involved. We could create a general floating motion and have all of the kids together so that Ava could be free with the camera work that she wanted to do. She would often put at least three cameras on them.  For visual effects, it created a lot more work as far as cleaning up the rigs because the kids were attached at the waist; however, it created a nice effect where the kids could speak their lines without having to break up the shot. The creature flies in this rippling waveform, so we created a buck that had an undulating feel to it which is calm in the beginning and ramped up as the sequence progresses.”

“The alien planet of Ixchel had quite a big role in the film, but in the final edit it is only hinted at. But what did survive was Aunt Beast and the ice structures that we built,” notes McBride. “Ava was looking for something in the landscape that was unique and wanted it to have a softer quality. We looked at water explosions with the idea that these were like natural growths of ice.  The giant frozen structures were modelled with rounded crystal edges that picked up the light nicely. If you glanced at them quickly you might think that they look like an explosion gone off underwater or a geyser. They were lit with some backlight on the edges for them to glow nicely. It’s a nice nod to the book.”

After defeating the dark entity, Meg (Storm Reid) becomes one with the universe. “I spent a lot of time talking to Ava about it and looking for inspiration for what that would be,” remarks McBride. “When cinematographer Tobias Schliessler [Beauty and the Beast] came on, we discussed ways to capture this moment. It was one of the first conversations that I had with [producer] Jim Whitaker. He said that this needed to be transcendent.”

The breakthrough was achieved by combining different elements. “We placed Storm Reid on a robotic arm, shot with a Phantom camera at high frame rates, had a lot of wind machines to give us a floating quality, and Tobias and his lighting team got creative with light projections. We put lights on the robotic arms as well to countermove across as if there’s this light travelling over and behind Meg as she’s floating. Then we combined CG with these beautiful organic ink tank elements created by Chris Parks. Everything came together with Storm Reid’s performance to make an absolutely beautiful moment.” 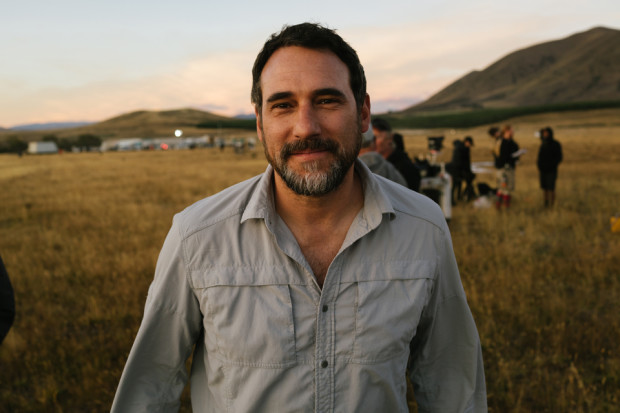 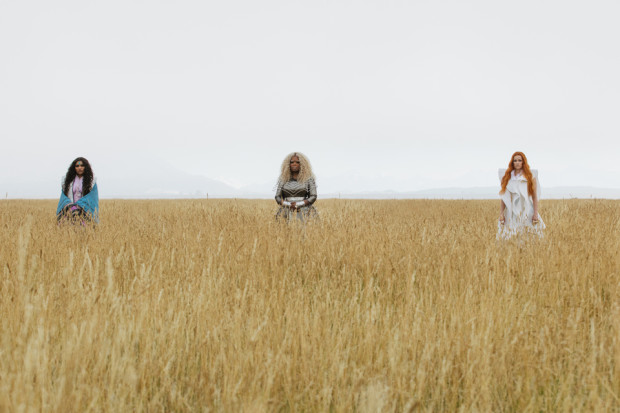 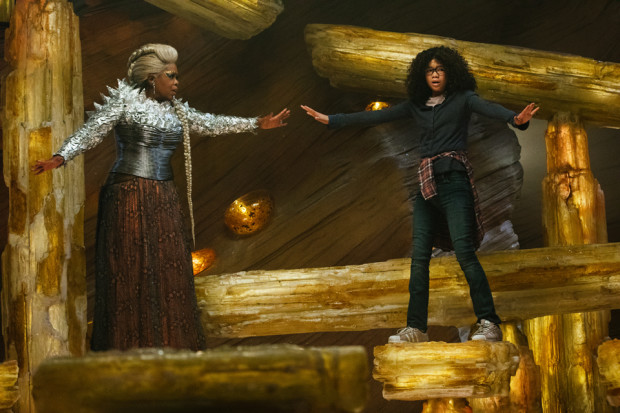 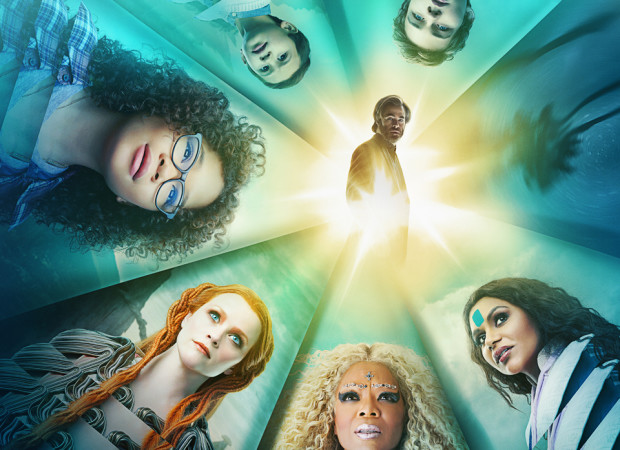