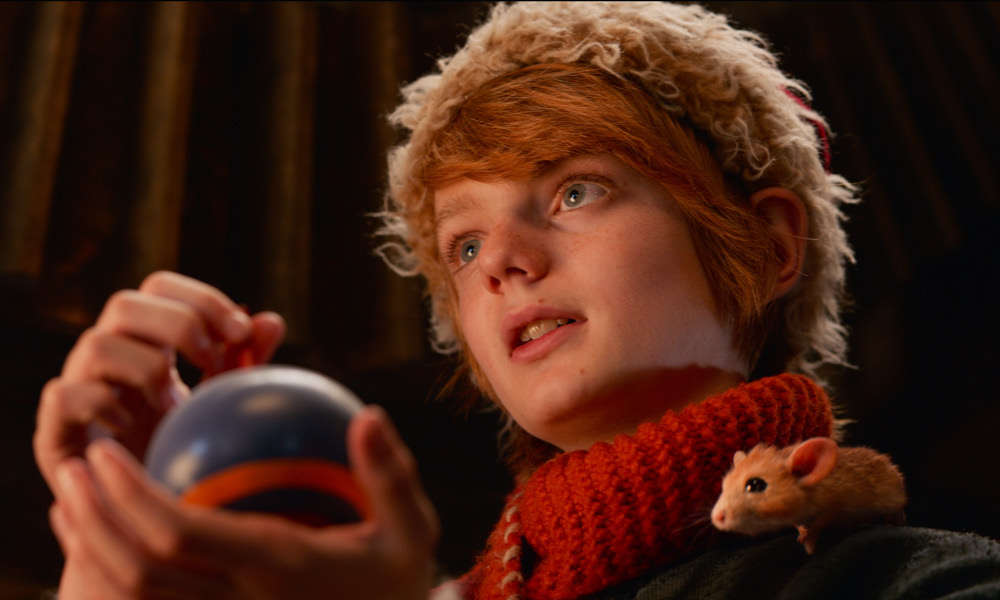 Framestore has unwrapped the magical VFX surprises that the acclaimed studio delivered for the new holiday movie, A Boy Called Christmas, in partnership with StudioCanal and Blueprint Pictures. Based on the Matt Haig book of the same name and directed by Academy Award nominee Gil Kenan (Monster House), the film follows a young boy called Nikolas (Henry Lawfull) as he sets out on an extraordinary adventure into the snowy north in search of his father.

Nikolas is joined by a headstrong reindeer called Blitzen and a fully CG mouse voiced by Stephen Merchant (Jojo Rabbit, Fighting with My Family, Logan). Merchant’s character Miika featured in over half of the 874 shots that Framestore crafted for the film, mostly during lockdown, with production and artists working from home for the last four months of the project. 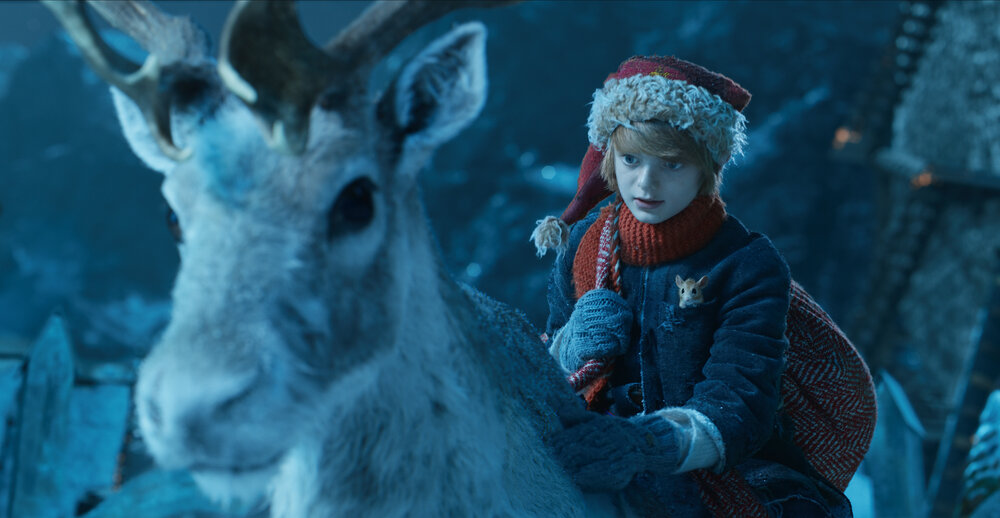 “Glen and Framestore were creative collaborators on the film from the very earliest stages of pre-production all the way through to final color,” said Kenan. “Working together from script to screen meant that we could develop ideas and evolve storytelling in real time, so that by the time we were in post-production most foundational questions were answered and we could focus on the essentials like performance. We had many conversations about approach in prep, including a pivotal scout to the arctic circle that inspired much of the journey in the film. During this period we came up with the methodology for marrying extraordinary natural environments with stylized but photoreal characters and sets. Glen [Pratt, overall VFX Supervisor], Jo [Nodwell, VFX Producer], Stuart [Penn, VFX Supervisor], Dale [Newton, Animation Supervisor], Chris [Hurtt, Animation Supervisor] and their teams put their hearts and souls into helping to tell this story and the finished film shines because of it.”

“Gil had a really clear and distinctive vision for the film,” explained overall VFX Supervisor Glen Pratt. “He’d talk about classic westerns in terms of cinematography: how negative space would create the frame. This really shines through in how these huge expanses of snow and epic landscapes are used to frame beautiful shapes — antlers, say — to create something really special.” 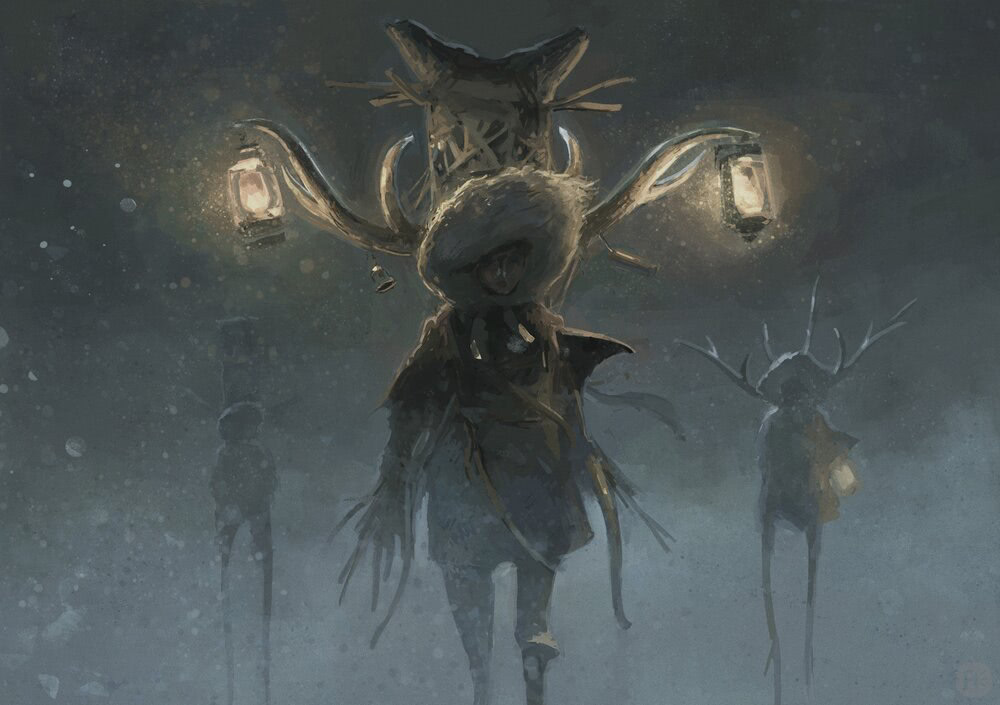 Key to imbuing the film with a sense of place and wonder was an early recce to Lapland, taken by Kenan, Pratt and production designer Gary Williamson. “We went in December, when the sun rises at 11:30 a.m. and sets at 1:30 p.m. Your whole day lasts three hours, but it’s ‘magic hour’ the whole time,” Pratt noted. “You get this incredibly special light, and this wonderful palette went on to infuse the film and, of course, our VFX.”

The trip also took in the Northern Lights and the incredible craftsmanship of the Sámi people, helping to inform the team’s work as they brought the world of Nikolas, Miika and Blitzen to life. The film also involved shooting in Prague and London, and a two-week recce to a frozen lake in Slovakia to shoot real snow and ice — perfect reference footage for a show that required exquisite attention to detail, be it for stunning CG vistas or an early establishing shot that focuses on a single, beautifully-wrought snowflake.

All Creatures Great and Small

Although the feature is filled with magical challenges, such as the forming of fully CG environments and landscapes, one of the mountains to climb was in the realism. Producing photoreal CG characters that retained emotive facial expressions, while still looking like real animals.

“Miika the mouse became the star of the show for me” said VFX Supervisor Stuart Penn. “When developing the look, we started off with a photoreal mouse, and then exaggerated some features, making sure his mouth stayed mouse-like, but was able to ‘talk’ using an open/close movement. We were working with much fewer muscles than there would be in a human face, so we helped make him more expressive by twitching his nose, and using his eyes and ears to convey emotion as well.”

“We all know that animals can’t talk, so if you apply human physiology to them it gets disturbing very quickly,” said Pratt. “The focus therefore has to be on body language and real-life reference, and hats off to Dale Newton, Chris Hurtt and the animation team because they were able to marry this seamlessly with Stephen Merchant’s brilliant performance. They’ve managed to really capture the essence of this, distilling it all down into a character who might be small but has a huge personality.”

“We were careful to build a mouse that, although designed and thus a little stylized, would be convincingly performed as if by a real mouse,” explained Animation Supervisor Dale Newton. “We found some harvest mice at a summer fair that were especially sweet. We shot hours of reference material observing the way they walk, breathe, climb, sniff, snuffle and yawn, all of which was analyzed and rebuilt by our assets team into our Miika animation puppet.” The animation team then used the same footage to immerse themselves into the headspace when coming up with performances. “I think some of my favourite Miika moments are those that have been carefully observed from life and adapted into a scene in the film.”

Kenan added, “Miika is an audience favourite precisely because the animation teams, led by Dale Newton and Chris Hurtt, completely embraced the dry, ‘thrown-away’ snide brilliance of Stephen’s performance and channeled it on the screen. The Framestore team delivered a key shot very early in the process that confirmed that the balance had been struck and that we were on the right track. From that moment on it became a joyous process of making sure that the Miika standard was hit across the board and that every shot lived up to the potential of the character.”

The creation of the Truth Pixie pushed the team to replace actress Zoe Colletti’s hair and body, creating digital costumes until, ultimately, only the actress’s face remained. “The Truth Pixie presented us with some very specific challenges,” said Pratt. “Gil wanted the film to retain a groundedness: to not be too otherworldly or fantastical. This meant we quickly moved on from the idea of a wholly-CG Truth Pixie, and to instead use a mix of live action photography and CG to subtly imbue Zoe Colletti with more pixie-like qualities and characteristics.”

“The Truth Pixie has a shorter body, but a human sized head, so she was fully CG from the neck down,” explained Penn. “She was not a Tinkerbell-size creation, in that she was not human proportions made small, so while filming the actress wore a height-limiting harness to help her crouch down, or the rest of the cast stood on boxes, to make sure her head was in the right place. There was a lot of head-tracking, taking her on and off the plate to add her body and costume later, and replacing her hair and ears.”

The feature proved a tricky project for Environments Supervisor Jerome Martinez, who had to sleep in a garage in the mountains after being stranded by a snowstorm during a reference drone shoot. The crew were thankfully able to thaw out, filming overcast shots on the snowy Elfheim set in over 35ºC heat (95ºF) with a clear blue sky, while the star-studded cast wore costumes of thick winter coats. Framestore added falling snow to many of the sequences throughout the film, to further drive home the wintery, Christmas feel.

Elfheim aside, A Boy Called Christmas also allowed the visual effects artists at Framestore to create environments entirely in CG. Mid-way through the film, Miika and Nikolas happen upon a mouth-watering ‘cake city,’ and Miika wastes no time diving into this delicious biscuity construction.

“Gil always seems to be storyboarding on his iPad,” recalled Pratt. “I actually remember him showing me this idea in the Framestore reception — he had the storyboard mapped out, and I loved it straight away. The clarity of his vision for the scene meant we could really hit the ground running, and despite its complexity it didn’t require a lot of iterative work.

“Production designer Gary Williamson came up with the concept art, and there were actually expert cake-makers who worked with him and the set designers to build it as a practical, miniature set. We shot it at Twickenham Studios, and captured the entire construction with photogrammetry. This meant we captured the lighting exactly as Gil and DOP Zac Nicholson wanted it, and also gave our VFX work a sense of tangibility. To me it’s not just a charming, funny sequence, but also a brilliant example of how VFX can bring a director’s creative vision to life.”

Kenan summed up the benefits of this ‘real is better’ approach to film-making: “It was a lot of trouble to go through for a shot that could have been completely virtual, but the tactile nature of the finished sequence —  and the fact that I get hungry every time I watch it —  suggests that the trouble was worth it.”

From start to finish, the feature took 70 weeks to complete, and was worked on by 342 Framestore artists.

A Boy Called Christmas is available to watch on Netflix internationally, and on Sky’s NOW service in the U.K. & Ireland.