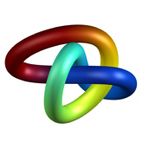 India-based VenSat Tech Services has announced the creation of VenSat America, which will be based in Los Angeles and New York and offer animation, visual effects and 3D conversion services.

Heading up the new firm as CEO and president is Ken Silverman, a veteran U.S. and India entertainment executive and entrepreneur. John Follmer will serve as executive VP and COO.

To further VenSat’s market strength, the company has appointed David Uslan and Mohammad Ghouri as U.S. business advisers. Uslan comes with more than 10 years experience in feature film and television development, motion comics, publishing and distribution, and will be focusing on motion comics. Ghouri, who has over 20 years experience in financial services, healthcare and media and entertainment, will be driving strategic opportunities and will be based out of New York.

VenSat is best known for having created all of the visual effects for the Hindi 2010  movie Dabangg and some of the most complex visual-effects sequences for “ROBO,” which have become two of the highest grossing films in India this year. Additionally, the company recently delivered a full-length animated motion picture for a major European entertainment group and all visual effects for Land Of The Astronauts for Studio Cineville in the U.S.