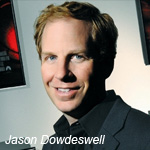 Sony Pictures Imageworks has further plumped up its Vancouver, Canada vfx and digital character animation studio (established in 2010) with the appointment of Jason Dowdeswell as VP, Production Operations, and Oscar winner Steve Nichols as Senior Animation Supervisor. The announcement was made by Imageworks EVP & GM Randy Lake.

Dowdeswell will be responsible for overseeing day-to-day operations at the Vancouver studio. He comes on board after serving as head of production for Digital Domain, and previously held the positions of head of studio at Image Engine Designs and head of digital studio at CIS-Vancouver Deluxe (formerly Rainmaker Ent., where he worked in various supervisory roles from 2000-2008). Dowdeswell was also a lead digital artist at Industrial Light & Magic where he worked on films in the Star Wars, Men in Black, Jurassic Park and Terminator franchises. He also has a record at Imageworks, having spent 1995-2000 as a lead digital artist involved in lighting and compositing for films like Starship Troopers, Stuart Little and Godzilla. He will take his new post officially starting March 1.

Nichols, an 18-year industry vet, also arrives at Imageworks Vancouver from Digital Domain, where he served as animation supervisor for the past two years. The artist worked on the Oscar-winning Pirates of the Caribbean: Dead Man’s Chest, which also received several VES honors; Nichols’ resume boasts an additional Oscar nomination and six other VES Award nominations. His recent film credits include Neighborhood Watch (animation supe) and the upcoming Jack the Giant Killer (animator). Earlier, Nichols worked as an animation director at Dallas-based Reel FX on projects including Ice Age: A Mammoth Christmas Special; as animation supe for Image Engine on District 9; animation director for Rainmaker Animation; and an animation associate supervisor for ILM. Past credits include the last three Star Wars films, two of the Pirates flick, and the Harry Potter and Men in Black franchises. Nichols is already with the Vancouver team working on Warner Bros.’ sci-fi thriller All You Need is Kill.

Imageworks Vancouver’s upcoming film slate includes Disney’s Oz the Great and Powerful, The Smurfs 2 and Cloudy with a Chance of Meatballs 2, which should keep Dowdeswell and Nichols busy enough. 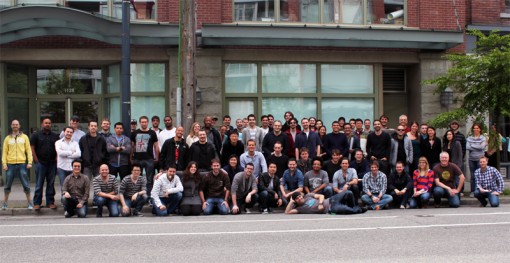