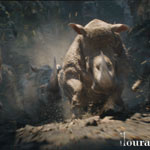 In Sony Pictures’ Jumanji: Welcome to the Jungle, a group of teens find themselves inside a high-stakes jungle battle where beating the game is a matter of survival. Iloura served as a principal VFX facility for the film, with contributions including the “albino rhino” sequence in which the heroes – played by Dwayne Johnson, Kevin Hart, Jack Black, and Karen Gillan – become trapped in a ravine after their helicopter is damaged and must find a way to outrun a herd of stampeding rhinos.

The sequence is almost entirely CG and among the most complex sequences in Iloura’s history. Iloura VFX Supervisor Glenn Melenhorst explained: “The ravine environment was completely CG, and in terms of sheer assets it was astounding. We had millions and millions of pebbles, boulders, trees, leaf litter, and so on, and every single element was built and rendered. We ran ground interaction simulations to determine how each individual asset would behave both in relation to the stampede and to the chopper blades kicking things up; plus we did simulations on dust swirling up from the ground and smoke rising from the chopper and coiling around the blades. And on top of these millions of environmental elements, we also had fully CG rhinos, a fully CG helicopter, and often, digital doubles of the cast.”

Working closely with director Jake Kasdan and production VFX Supervisor Jerome Chen to achieve the look, Melenhorst and team designed the ravine to contrast the lush jungle setting seen in most of the film. A dry riverbed filled with crumbling rocks and decaying trees, the ravine offers a darker, more somber location. Through a combination of live action footage including a helicopter from the Hawaii-based set, and the cast sitting in a gimbal in the studio, Iloura artists digitally recreated the helicopter’s exterior and interior, and created digital doubles of the leads as needed. Iloura built its own digital doubles to achieve the fidelity required for close-up shots.

Iloura Animation Supervisor Nicholas Tripodi led the team in developing the look and behavior of the rhinos. Using real world rhinos as reference, artists ultimately created a hybrid look that incorporated elements from various rhino species, plus some creative liberties to fit within the fantastic video game world of the film.

“We worked with Jake and Jerome to refine the look of the ‘albino rhinos,’ iterating on particular details such as the armor-like plating of their skin, and how white their skin should be,” explained Tripodi. “It was also a big challenge to nail the rhinos’ movements – to realistically keep up with the helicopter, even flying at the slowest speeds, we had to make the rhinos run about three or four times faster than they would in reality. It was a balancing act to achieve that speed while still conveying the heaviness of the animals and making it feel authentic.”

In addition to the rhino stampede, Iloura also created VFX for the transitions in and out of the video game world, a CG waterfall and jungle set extensions, a digital matte painting for the reveal of Berber City, and CG creatures including a vulture that appears across several shots.

Jumanji: Welcome to the Jungle is in theaters now through Sony Pictures. 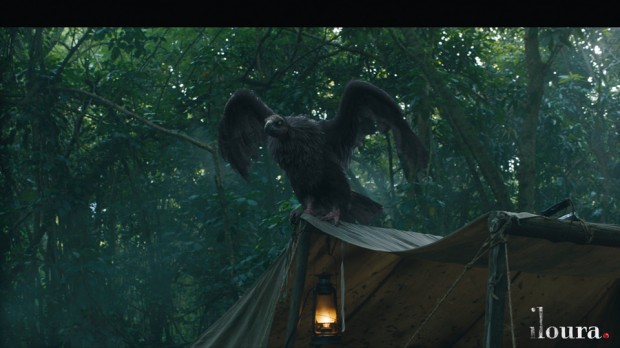 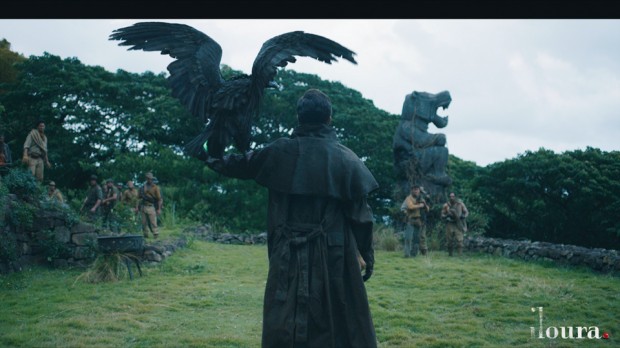 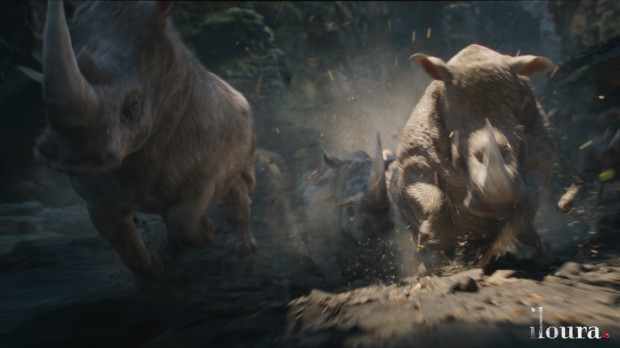 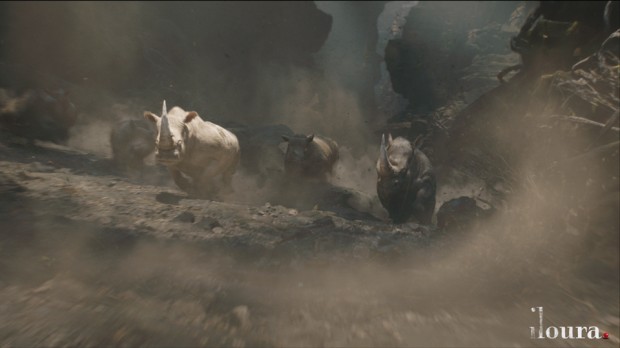