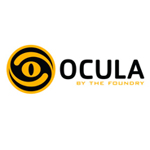 The Foundry has signed up a pair of VFX heavyweights to use its Ocula toolset.

Both Industrial Light & Magic and The Moving Picture Co. have invested in the software, which has been designed  with the help of some of the top stereoscopic 3D expertsto boost productivity and deliver a more satisfying 3D experience.

INDUSTRIAL LIGHT & MAGIC AND MPC TOOL UP WITH OCULA

OCULA, created by The Foundry’s SCI-TECH Award®-winning R&D team, is the result of a number of collaborations with artists on high-end stereo projects such as Avatar. This production testing has helped to create an invaluable toolset that boosts productivity and ultimately helps deliver a more rewarding stereoscopic viewing experience.

Academy award-winning VFX studio ILM decided to invest in a significant number of OCULA seats after a successful evaluation period using it to tackle common stereo problems.  ILM found OCULA dealt with plate disparity quickly and accurately while remaining flexible to last-minute creative changes and stereo problems that can arise in the later stages of the composite, allowing them to concentrate on the pioneering effects they’re famous for.

MPC, one of the world’s largest and most successful VFX vendors, has also made a major OCULA purchase for their upcoming work on Disney’s Pirates of the Caribbean: On Stranger Tides. They’ll be employing OCULA to resolve vertical alignment issues and to colour match plates. With OCULA taking the headache out of these otherwise laborious tasks MPC can focus on the creation of complex and captivating visuals for their dynamic and diverse portfolio.

India’s Prana Studios are now renting a large number of OCULA seats in response to an increased demand for stereoscopic effects and Australia’s Animal Logic also recently plugged OCULA in to their stereo workflow.

ILM’s Compositing Department Supervisor, Patrick Tubach, comments, “At its core, creating stereo visual effects is still about delivering compelling visual effects shots, and OCULA gives us the tools we need to put stereo back into the category of a presentation choice, rather than a technical hurdle that forces constraints or limitations on our client’s vision.”

MPC Stereographer, Damien Fagnou, comments “We have recently started to integrate the OCULA toolset into our native stereo pipeline, it has enabled us to resolve some complex plate disparity relatively quickly.  OCULA is easy to learn so people can get up to speed in a matter of days.”

MPC Director of Technology, Davie Johnston, adds “We have a long standing relationship with The Foundry and we look forward to a enjoying the future of stereo together.”

Nuke is currently the only visual effects compositing system that supports Ocula.