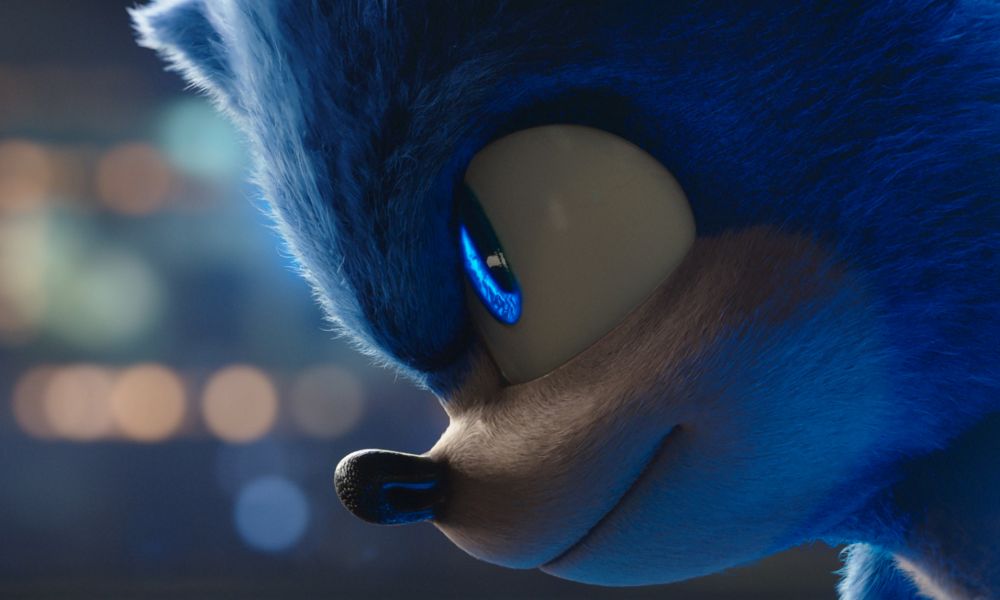 Video-game adaptations have been more of a miss than a hit for Hollywood, with Sonic the Hedgehog getting off on the wrong foot with the release of its first trailer; fans didn’t hold back their disdain for the awkward design of the iconic Sega character. But rather than shrug off the scathing reaction as being the by-product of geekdom entitlement issues, director Jeff Fowler (Gopher Broke) went back to the drawing board with illustrator Tyson Hesse and produced a version that embraced the cartoon heritage of the speedster. The redesign was definitely on the right track, as the action adventure earned $203 million at the global box office during its first 10 days of release and quickly set a record for most popular movie based on a game property.

Overall, 800 of the 1,300 visual effects shots produced by primary vendor MPC and Sega-owned Marza Animation Planet feature the title character. “There have been a number of different designs for Sonic over the years,” notes visual effects supervisor Ged Wright (Iron Man 2). “The original concept art, design and intent were aligned with what we witnessed with the games, but there was also a desire to try to make him feel like a real, living creature of this world. As it turned out for the film, getting that initial feedback while Sonic was a work in progress was a healthy thing. Witnessing and responding to such a huge fan response and seeing how much people were invested in Sonic as a character was a useful course correction for everyone involved.”

“If there is not a clear thing that you’re matching then you can end up in a weird uncanny valley place where you’re trying to satisfy the desire of it looking real and at the same time resemble the IP,” observes Wright. “The core thing that came out of that response was, ‘Let’s more strictly adhere to the original IP.’ We brought in Tyson Hesse who has often worked with Sega on various Sonic cartoons. He had a clear design language for his interpretation of Sonic.”

The next task was taking the elements that worked and incorporating them into the updated Sonic model. “Even though the head of Sonic is much bigger, his actual limb length and body are similar,” says Wright. “We were able to keep most of the blocking and shot design that had already been done for the film. Overall, the process was relatively smooth. We did that redesign and rolled out a new asset into our pipeline in the space of eight or nine weeks, which is a record for MPC.”

Actor Ben Schwartz provides the voice of the famous hedgehog in the movie. “We had cameras on Ben when he was performing his dialogue in order to get as much of him into the performance of Sonic as possible,” recalls Wright. “Sonic looked strange without any representation of eyelashes. A lot of those details that had been looked at and thought about for a different representation were useful in the current execution of him.”

Wright mentions that Sonic has one key expression. “Sonic has that essential soup ladle eyebrow shape and the position of the irises are so specific in everything he [has appeared in]. Sonic doesn’t do a great deal of emoting. That was one of the concerns we had in taking the IP design and turning it into a character that could emote at more than one level. We picked a handful of shots to test the new design while that redesign process was on its way. One of the things that landed was a shot in the motel when Sonic is talking to Tom Wachowski [James Marsden] about staying and the first take by the animator is actually in the movie.”

Maintaining the signature color for Sonic was also a challenge. “The tricky thing was the desaturated blue,” reveals Wright. “It was a good collaboration with DP Stephen Windon [Star Trek Beyond], colorist Tom Reiser [The 5th Wave] and visual effects, because small changes in your overall color profile can cause you to have a purple or pink hedgehog. We had to be careful on how to balance that because we wanted Sonic to stay super saturated and vibrant, and feeling on model. For some scenes we needed to do a neutral grade because he didn’t look right.”

Getting Sonic to interact with the cast of Jim Carrey, James Marsden, Tika Sumpter, Natasha Rothwell, Adam Pally and Neal McDonough was also complicated because of his small stature. “Ideally, we would have had a stand-in actor, but it’s difficult to find someone who was going to be appropriate all of the time. It was a mix of stuffies or tennis balls as far as getting the correct eyelines. Scott Patey played Sonic on set so James had someone to respond to the whole time. It made the performance much more dynamic than if he didn’t have anyone reading the lines against him.”

Get Them in Camera

Throughout the movie, shooting live-action plates was crucial even if they were digitally replaced. “Using the motel as an example, we tried to rig some of those gags but because of time constraints we were not able to make it a completely practical thing,” states Wright. “Our overall methodology on a hybrid film like this is to try to get as much in camera as possible so we’re building off of something that is real. From a physical production standpoint there is a desire to not do things if you’re going to replace them digitally.”

For Wright, it was important to get as much as possible in camera even if it only ends up being reference. “What you don’t want to do is spend two days filming a particular gag,” he explains. “The roof coming off of the car is a good example of a compromise where special effects had rigged something, shot it with second unit and it ended going into the film. But a lot of the shots around it were enhanced. We’re bringing the camera slightly closer to the ground.”

Aside from the sequence featuring Sonic as a baby on his home planet of Mobius and the mushroom planet, everything else was based on a physical location. “Originally, the goal was to have practical elements for Mobius, but we went for something that was specifically based on the actual levels of the game,” explains Wright. “We harvested some of the models that are available online and started building our shots around those iconic game things like the loop-de-loop.”

The antagonist is the mad scientist Dr. Robotnik (Carrey) who has an arsenal of high-tech weaponry. “Jeff and our production designer Sean Haworth [Deadpool] did a lot of the figuring out in pre-production,” says Wright. “We had clear designs for everything. Initially, we were going to build a lot of those things practically, but that didn’t prove possible because of money and time. They wanted the tech to feel plausible and could be of this world rather than magical.”

Then, there was the bullet time effect which makes an appearance in the roadhouse fight sequence without the aid of a motion-control camera. “We got everyone to freeze, moved the camera through the set, stabilized things in post and added all of the various elements that would be in the air,” remarks Wright. “It allowed us to be more creative on the day and respond to what was there.”

Looking back, Wright is quite pleased with how the speedy CG creature managed to win the box-office game in the long run. “The biggest challenge in this was the fact that we were generating the title character and he had to carry the movie both emotionally and from an entertainment standpoint.”

Paramount’s Sonic the Hedgehog is currently playing in theaters worldwide. 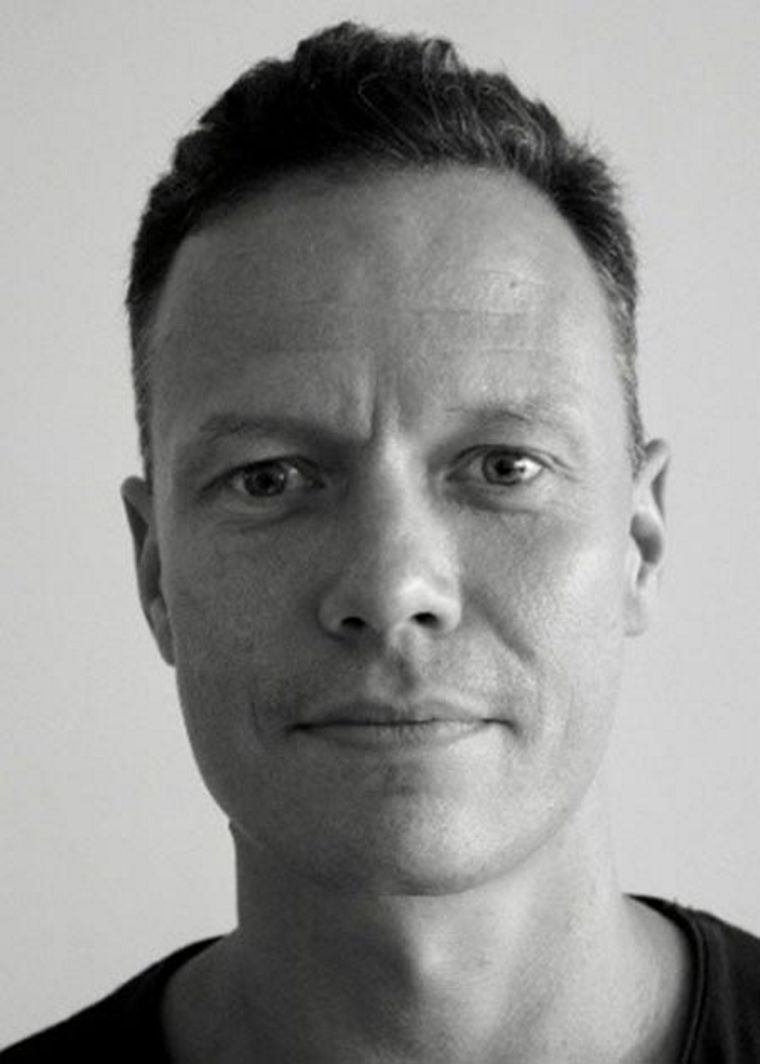 You may also like...
Related Topics:featured, Ged Wright, Sonic the Hedgehog
Geographic Region:Worldwide

‘Paradise P.D.’ Supervising Director Ashley Long on Her Career and the Importance of Parity in the Workplace
Aaron Sims Creative Fixes It in Prep