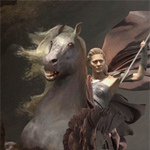 Wonder Woman‘s memorable opening sequence, showing the beginnings of the Amazon heroine, was basically a painting brought to life with computer graphics. Platige Image was not only responsible for the effect, but also for the animation that had inspired director Patty Jenkins in the first place.

In 2010, Platige produced a short animated movie Battle of Grunwald 3D, adding layers of depth to a 19th-century painting by Jan Matejko. In 2015, the same company won the tender for animating a stylistically similar scene for Wonder Woman. The difference was the fact that this time characters were supposed to not only be in 3D, but also moving in slow-motion.

The pre-production started in March, 2016. Platige received paintings made by Aaron Sims Creative artists under the art direction of Raffy Ochoa, and took part in briefings with Patty Jenkins and Aaron Sims. The team was supervised by Bill Westenhofer.

“Warner presented all the technical requirements. The director was very specific about the expected outcome, so we knew pretty much exactly what to do from the get-go,” says Adam Janeczek, Visual Effects Supervisor from Platige Image.

The challenge was to translate a 2D painting into 3D, while preserving the intended expression and feel of the image. The first stage included designing a layout for each shot, which in reality meant designing the camera movement in a way that tells a coherent story by moving between parts of a single, large picture.

“We needed to be careful, as we were aware that introducing camera movement could change the audience’s perception of the image, diverging from the original artistic direction,” explains Platige Image’s Visual Effects Producer Ela Trosińska.

When the shots were approved, the team was able to design the 3D composition of the painting, and decide which characters were to be modelled in 3D and animated. In the end, Platige Image made 213 character models for 9 full CG shots.

Then, the crew moved to animation – which was supposed to be very subtle, in order to achieve the look of a painting, and not of an animated scene. Cloth and hair simulation, and also animation of other small elements – all set up in slo-mo – were used to add the sense of movement without actually moving the characters.

“The tricky part was to keep the painted look of the original image,” Adam Janeczek says.

Textures were taken straight from hi-res concept art and put onto the models. Platige Image’s texture artists manually finished the paint job on each model for the parts that weren’t visible in a 2D picture, but revealed by the camera movement.

Afterwards, the only thing left was to integrate it all in a way that would ensure consistency of the 3D models with the background.

“Patty wanted to feel the brush strokes, to feel that characters are coming out of the painting, and we had to, in a way, ‘degrade’ the rendered material, so it looked more 2D-like,” Ela Trosińska explains. “It may sound funny, but we did it, and we achieved it by making a custom system for application of various ‘painting’ effects, and mixing it with the original composition. It all took place in the final comp stage.”

In whole, it took Platige Image over a year to bring the Wonder Woman origins painting to life. The result was a visually intriguing, memorable sequence that stands out among the openings for superhero movies. 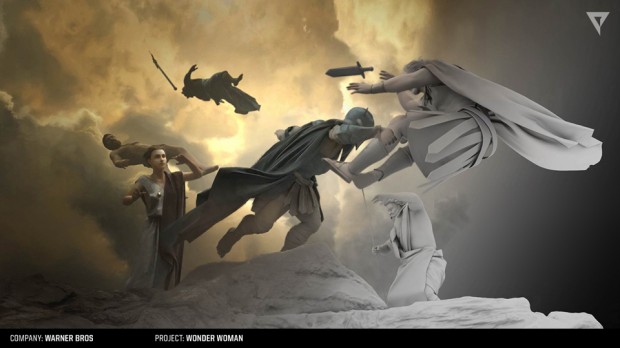 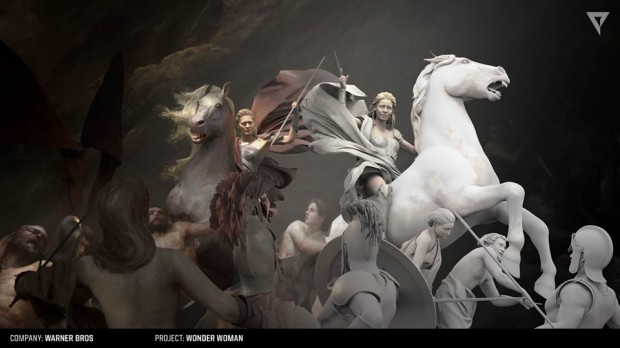 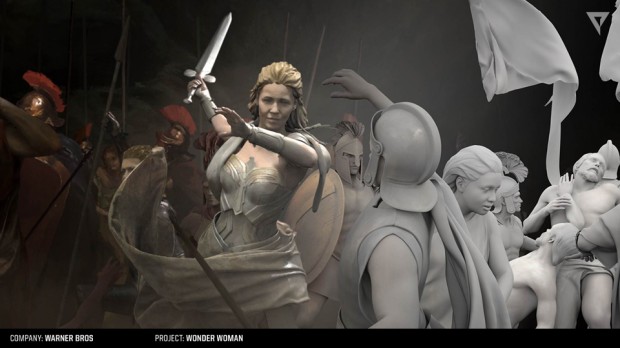 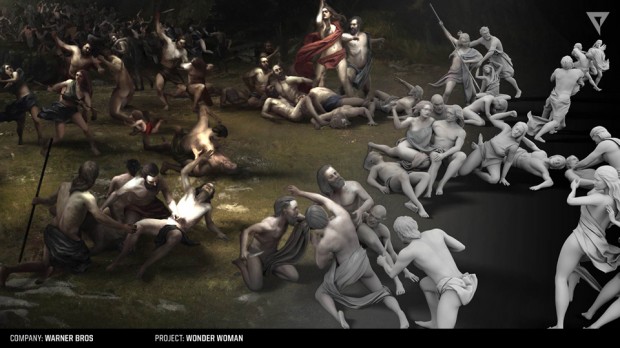 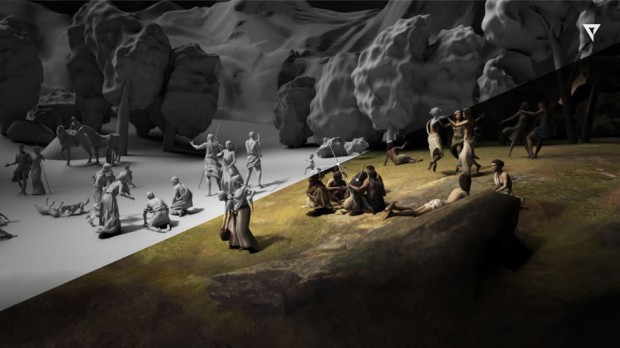 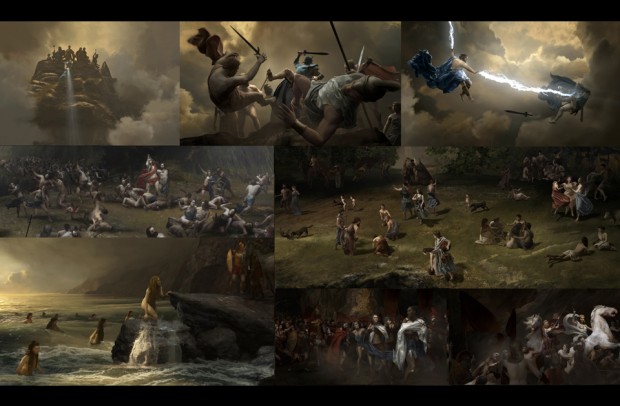