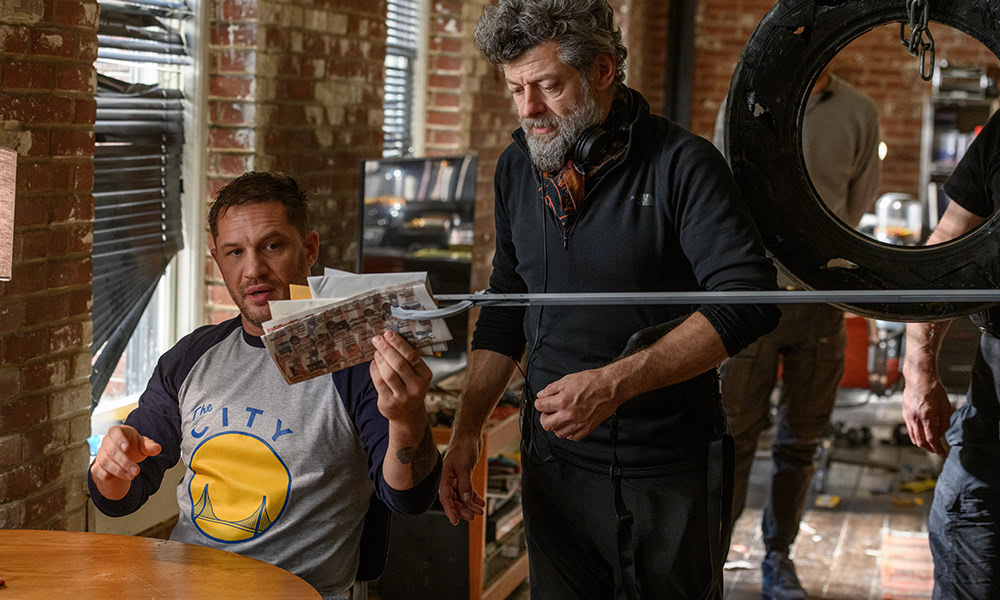 Framestore steps into the world of comic-book heroes and villains once again for the latest adventures of Eddie Brock (Tom Hardy) and alien symbiote: Venom: Let There Be Carnage. In this high-octane sequel, Brock attempts to revive his career as a journalist by interviewing notorious serial killer Cletus Kasady (Woody Harrelson).

Showcasing a different skillset to their signature VFX work, the sequel saw Framestore deliver a carefully-crafted sequence in which Kasady and Brock correspond through a series of letters. As Kasady talks about his childhood, director Andy Serkis wanted to integrate illustrations to show the audience the events that Cletus describes as he recalls them; childhood memories seen through the lens of a man who grew up to be a serial killer.

“We were very excited to tackle another of the ‘storybook’ style projects,” said Framestore Animation Supervisor Dale Newton. “We’ve had a smattering of these over the years, beginning with Harry Potter and the Deathly Hallows sequence ‘The Tale of the Three Brothers’, the Paddington 2 pop-up book and, more recently, our work on Jingle Jangle.”

Newton teamed up with the talented Ben Kovar from Framestore’s Art Department. Together they started at the drawing board, testing different kinds of inks and pencils on paper, comparing textures to find a line style that fit the narrative of the film. “Weirdly, the hardest thing from a design standpoint was getting the level of ‘artistry’ correct,” said Newton. “We knew we could go childlike and naive, but simultaneously imbuing that dark sense of malevolence and violence into the linework was a big challenge.”

The unique look of the drawings and animation was a challenge. “We had nothing to base it on,” said VFX supervisor Stuart Penn, “the closest thing was probably the ‘Tale of the Three Brothers’ from the later Harry Potter films, but this was much more abstract.”

Sketch of young “Cletus” created by Framestore (left) and the character as played by Woody Harrelson in Venom: Let There Be Carnage.

Once the team had created the right look and style, they transferred over to Blender and got stuck into using the Grease Pencil tools. The VisDev team, lead by VisDev Supervisor Horacio Mendoza, were already well-versed in Blender; they started off by creating an animatic before pushing the development of the design elements even further.

Framestore’s team sought to create a naive and almost childlike quality to the drawings that depicted Kasady’s memories. The hand-drawn 3D animatic was a low frame rate affair in its early incarnations, with early versions of assets created in Blender by Stefan Mayr (senior visdev generalist). The animatic was an early guide as to how to stylistically drive animation into production.

“Staging and timing were the standout critical elements in communicating our story — and especially for the sometimes ‘comic’ or ‘cartoon’ tone we needed to set for the show,” Newton explained. “Where things felt perhaps a little too smooth, we actively pulled out frames so as to tell the story as sparingly as possible — creating a step frame look to the motion, lending a sparkly visceral ‘punch’ to the final product.”

Working closely with Penn and VFX producer Jenny Basen, the team had to transform Dale’s sketches created in Blender, reconstructing them in Maya. “We had to find ways to render the linework so it still looked hand drawn, which was tricky” said Penn. “We also had to build up multiple layers, adding ink splats or stains onto the paper to make it feel part of the scene, integrating it so that two characters in different settings could be reading from the same card.”

CG supervisor Neil Weatherly oversaw the development of a toolset that allowed linework attributes to import into Maya, so they could be rendered in Framestore’s traditional pipeline. Comp supe Enrik Pavdeja then developed techniques that were used to provide the texture of the paper environment, into which he had to integrate the drawn and plate elements. Many additional touches were added by Enrik and his team such as layers of visual ‘grime’ and crafted the unsettling look of layered and clotted blood to the linework itself.

Together, Framestore’s team produced a short but visually powerful sequence that perfectly introduces the audience to Cletus Kasady, and sets the scene for the rest of the film. 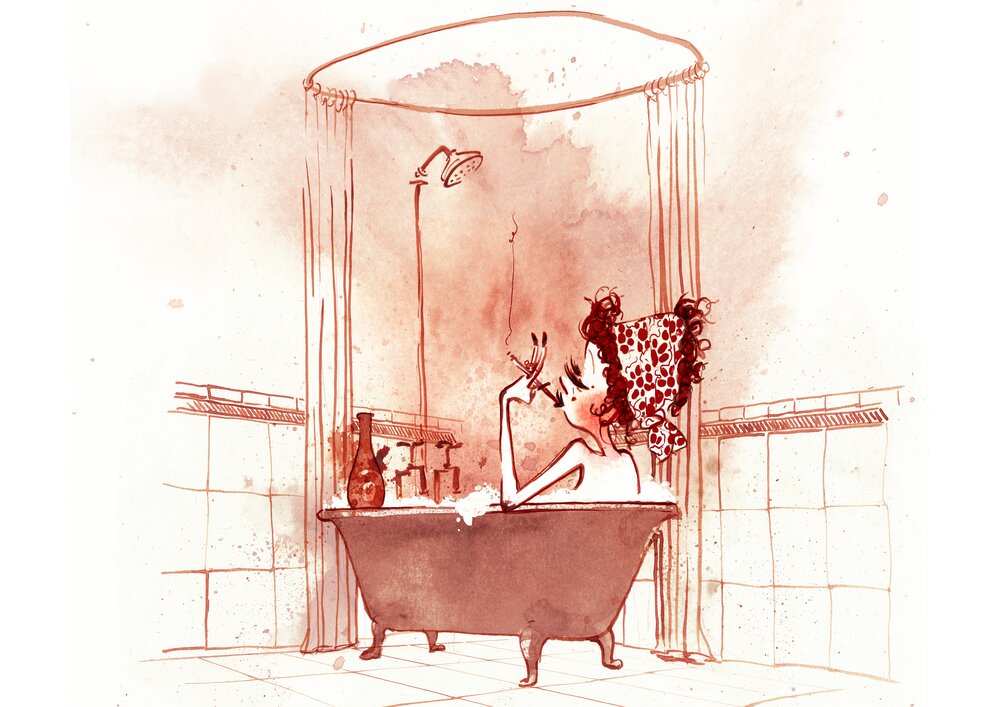 VFX supervisor Sheena Duggal and VFX producer Barrie Hemsley on the production side were tasked with solving the animated piece in the film and decided to go to Framestore for the work.

“Framestore were an obvious choice for Venom: Let There Be Carnage, especially as I admire the stellar work that the studio has previously created in service of ‘storybook style’ animations,” said Duggal. “It was a genuine pleasure to work with such a creative and talented team of people. I loved exploring ideas with Dale and Stuart and the team. Their animation captured not just the artistic style and movement we were looking for, but also the emotion of Cletus’ back story incredibly well. It was very important to come up with a style that convincingly came from the mind of a serial killer and that has a bit of a violent edge to it.”

“The complexities of creating something that looked hand drawn but lived in three dimensions was made to look seamlessly by this inventive and intelligent team,” continued Duggal. “It’s a real highlight and one of my favourite sequences in the film.”

“I’ve worked with Framestore many times over the years, but never on a bespoke animated piece of storytelling. The ‘Three Brothers’ piece from Harry Potter and the pop-up book from Paddington are both just wonderful, so when Sheena and I started talking about an innovative animation sequence for Venom: Let There Be Carnage, Framestore were the clear and obvious choice to take on the brief,” said Hemsley. “From start to finish, they did a brilliant job.”

Read more about the VFX of Venom 2 in Animation Magazine‘s feature story here. 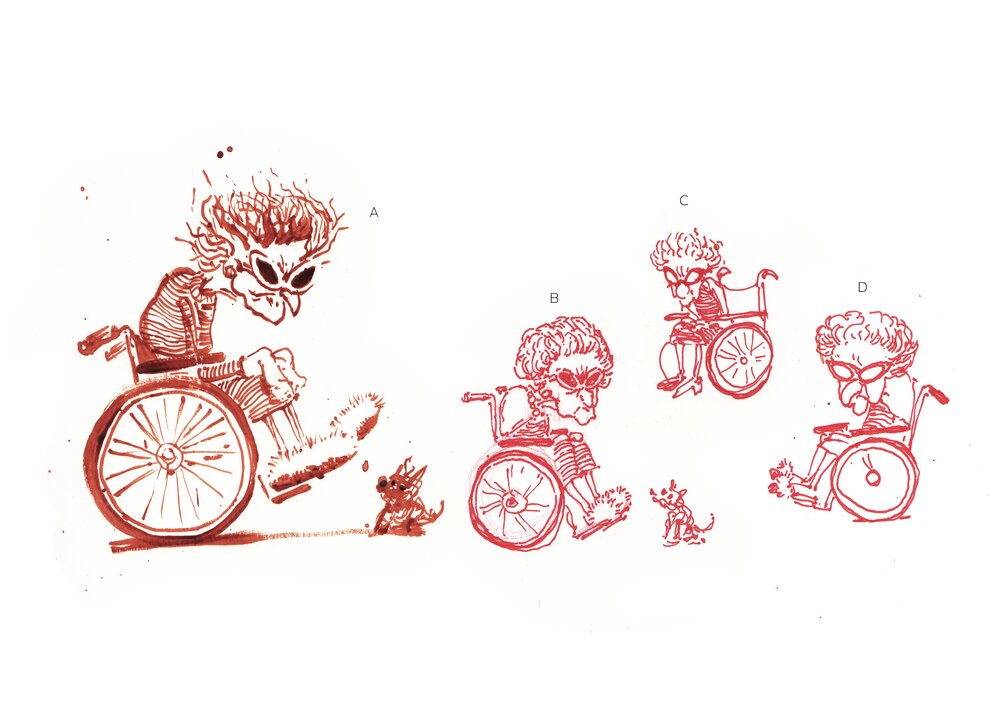