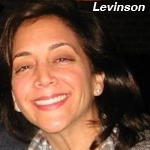 Gravity, a visual-effects house founded in Israel, is coming to California and putting in charge veteran producer Karin Levinson.

The new facility will offer visual effects for all types of feature films and television projects. Gravity also announced it is the sole vendor for Crazy, Stupid, Love and Arthur, both from Warner Bros. The California studio will take the lead on Crazy, Stupid, Love, with New York handling Arthur. The company recently completed work on Adjustment Bureau, due out in March, and was just award work for Brett Ratner’s next film, Tower Heist.

“We are delighted that our work in the area of visual effects for major studio and independent feature films, as well as for television projects, continues to evolve on such a rapid basis,” says Zviah Eldar, the company’s CEO, co-founder and chief creative office. “This success has allowed us to now establish a West Coast operation, as we further evolve the outreach of our company.”

Gravity VP of features and television Levinson has been in charge of finding  business opportunities in the areas of visual effects and motion graphic design on behalf of Gravity, where she has worked since 2005.