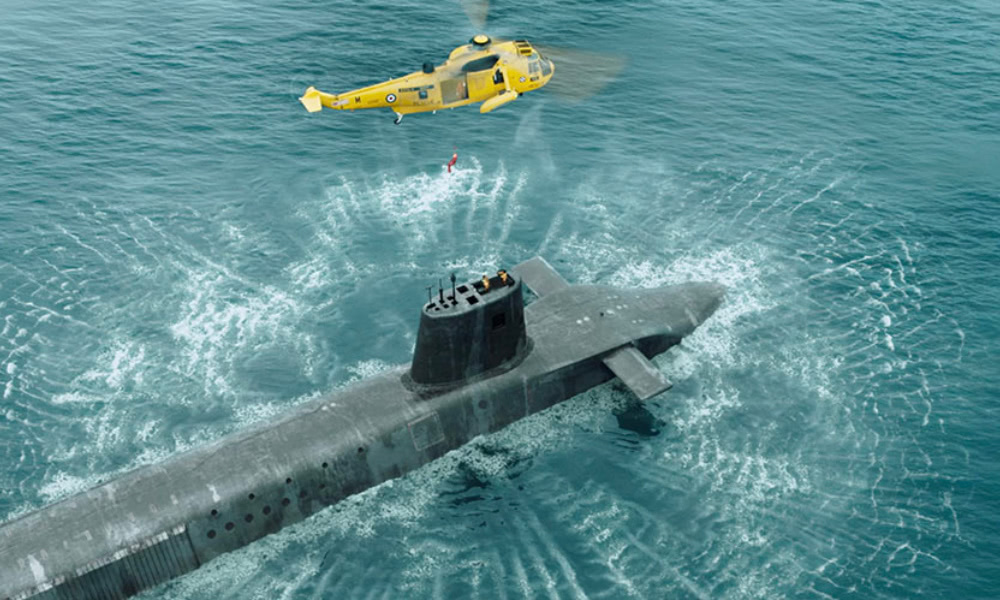 Amid the workflow complications of COVID-19 and the pressure of episodic deadlines, the visual effects and post artists who helped bring Vigil to the screen might have related even more strongly to the stakes of the deep-sea thriller.

Goodbye Kansas Studios delivered 180 shots for the series, which debuted on BBC in the U.K. in August 2021. An audience of 10.2 million viewers tune into the first episode in its first seven days, making it the national broadcaster’s most-watched new drama of the year so far. Now, its voyage continues in the U.S. on Peacock, debuting December 23.

Starring British TV icons Suranne Jones (Dr, Foster) and Martin Compston (Line of Duty), Vigil unravels a dark conspiracy that goes right to the heart of Britain’s national security, set against the backdrop of Scotland’s nuclear deterrent. Written by BAFTA nominee Tom Edge (Judy, The Crown), the story revolves around a suspicious death aboard the submarine HMS Vigil and the mysterious disappearance of a fishing trawler, as DCI Amy Silva (Jones) strives to get to the bottom of the mystery.

Goodbye Kansas Studios worked on all six episodes as the primary vendor for the production. In collaboration with VFX producer Desiree Ryden, visual effects supervisor Jim Parsons played a vital part in the success of this one-of-a-kind production, being on-set during the filming of scenes and providing around the clock support to both the production and VFX teams throughout post-production.

During the VFX specification for Vigil, there was a need for a plethora of visual effects. As a large part of the action was set under water, the need for extensive and comprehensive visual effects grew beyond any normal remit. Vigil was created by World Productions, the same production company responsible for hit shows like Line of Duty and Bodyguard. After having previously worked with one of the producers of Vigil on the first season of Alex Rider, Goodbye Kansas Studios were chosen thanks to its extensive knowledge and expertise, especially in relation to complex water simulations.

Following the project’s announcement in January 2020, the pandemic delayed production substantially —  as it did several shows over the past 18 months. Filming had to be temporarily halted as lockdown was enforced, and the Goodbye Kansas Studios team was forced to adjust to a completely new way of working. Managing Director James Prosser explained, “At that point in time, this was a first for everyone. Overnight we had to figure out how our teams would operate effectively from home, whilst developing plans of how to interact and collaborate with our clients, too.” 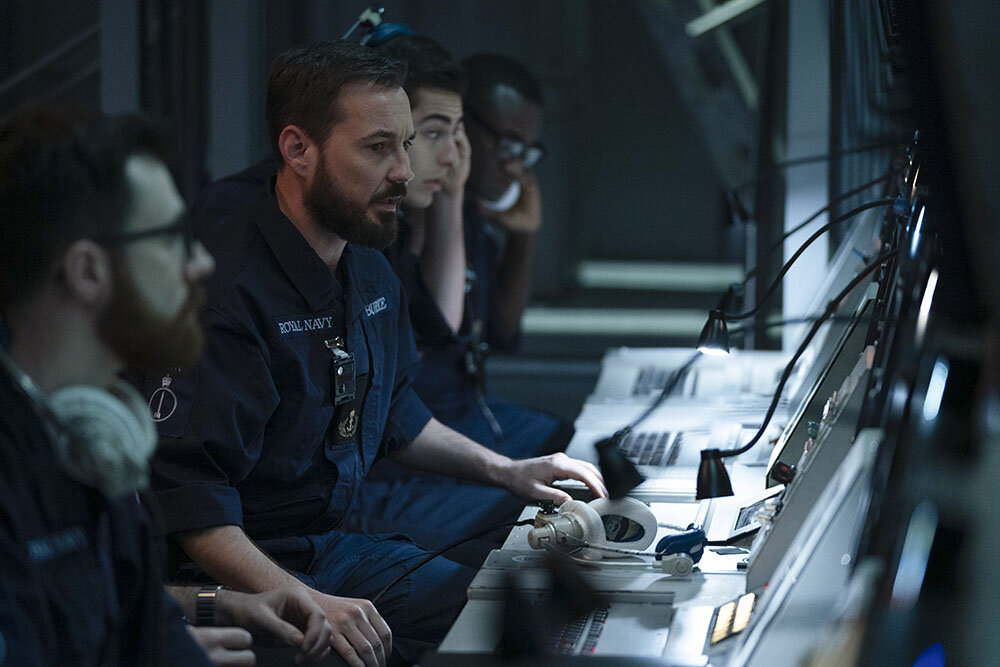 Visual effects supervisor Jim Parsons was instrumental to the final outcome, working closely with directors James Strong and Isabelle Sieb, and Executive Producer & Head of Drama at World Productions Jake Lushington, on their vision for Vigil. “It was a really ambitious project with very demanding visual effects,” he said. “As you can imagine, the whole show involved a lot of water, and despite these kinds of effects coming on leaps and bounds in recent years, anyone will tell you that CGI water is still a difficult thing to pull off successfully.”

One of the most important assets created for Vigil was the title character itself — an incredibly detailed 150 meter model of a trident submarine, where the main action occurs throughout all six episodes. But with images, and even drawings, of real-life Naval submarines a classified secret, developing a true to life ‘replica’ was certainly a big challenge for the production team.

“We created a convincing model through extensive research, even going so far as talking to a former Navy officer… obviously without breaking any official secrets!” Parsons explained. “The next challenge was to submerge HMS Vigil into the ‘digital North Sea’, developing each shot to make the submarine look like more than a long object in a dark ocean. We created a thickness to the water that allowed pools of light through it, creating a sinister and ominous mood, with every shot of the submarine adding to the atmosphere of the show’s mystery.” 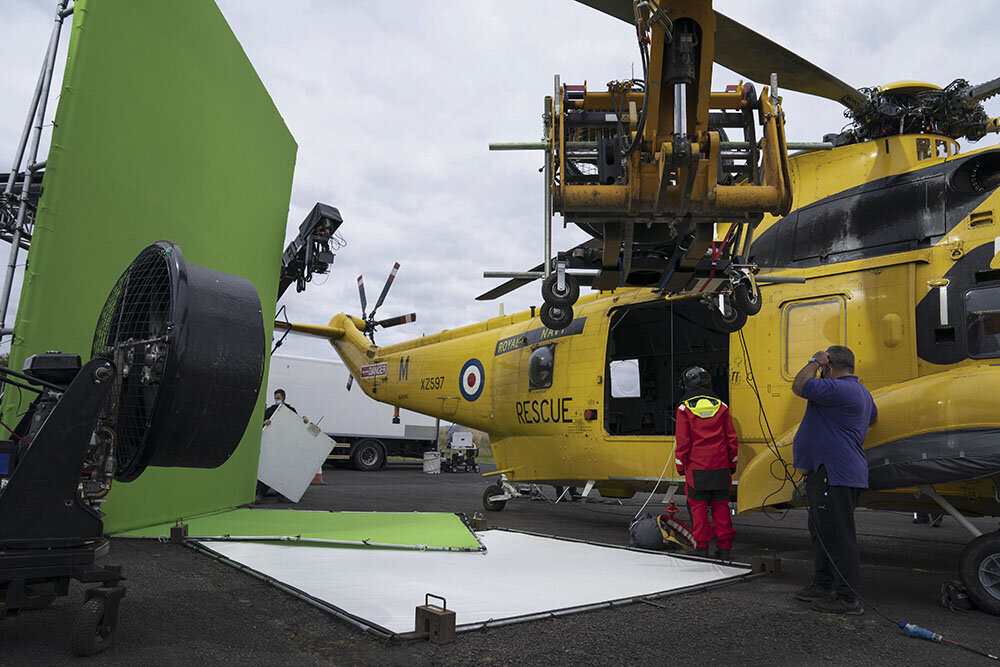 “Without giving away too much, some important scenes feature a fishing trawler that, due to the complexity of the sequences, called for it to be shot in many different locations. To make it look as though the fishing trawler was out in the North Sea, it was filmed in various positions including in a bay and in a stationary dock. A lot of our work involved removing external scenery, creating the illusion that it was nowhere near land,” he added.

Some underwater scenes with actors were also filmed at the Pinewood Studios water tank, which involved having to remove the external scenery in the edit and create VFX surroundings of a lake in the Scottish Highlands.

Managing Director of Goodbye Kansas Studios in London, James Prosser, heralded Vigil as one of the crew’s most successful productions to date: “The entire team continues to constantly surprise me with their skills and artistic vision.”

Vigil makes its U.S. premiere on Peacock streaming on December 23. 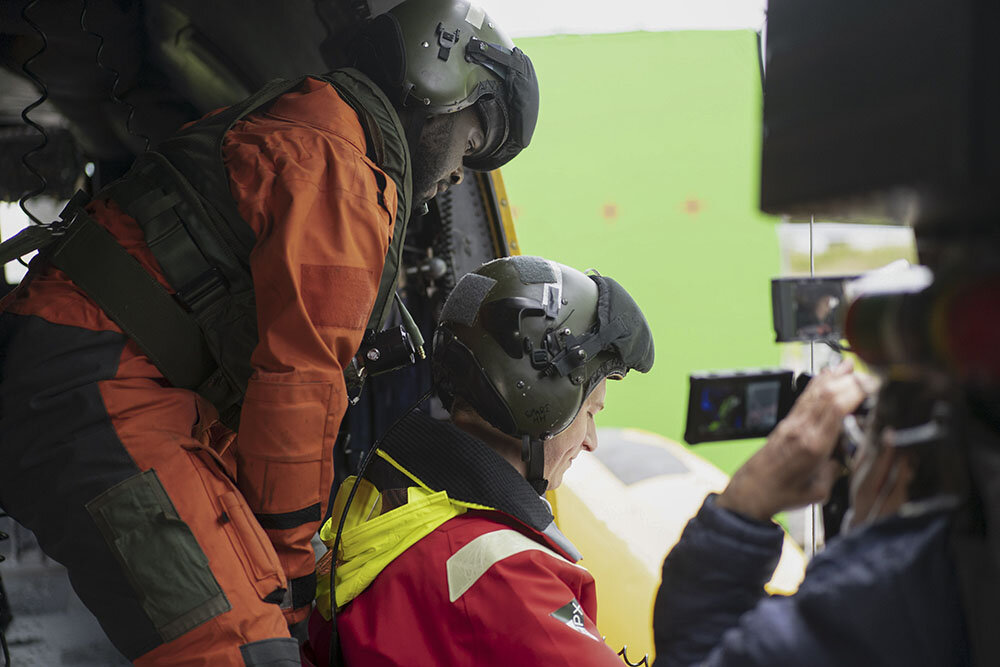