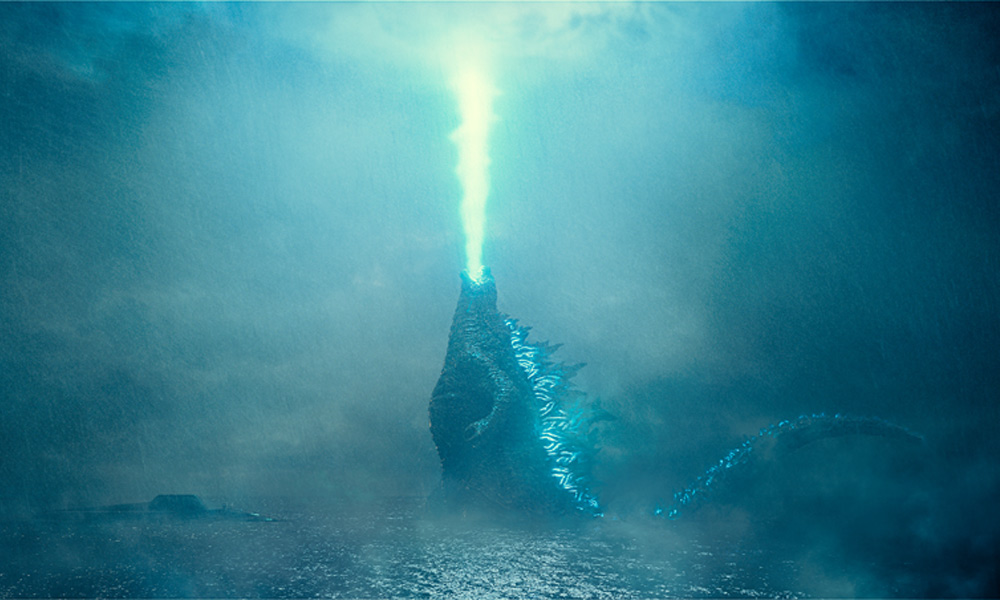 Godzilla: King of the Monsters

Japanese giant monster movies, known as kaijū, have captured the attention of international cinephiles for many decades. The latest addition to this popular subgenre, first introduced in 1954, is director Michael Dougherty’s (Krampus) summer epic Godzilla: King of the Monsters. Serving as the visual effects supervisor on the project was Guillaume Rocheron (Ghost in the Shell) who previously worked on Godzilla (2014) on behalf of MPC.

“It was a great experience because you don’t often get the opportunity to work on a movie where the protagonist is a visual effect,” states Rocheron. “Godzilla: King of the Monsters is more like a science-fiction film than the 2014 version which was more grounded in reality. You get to travel around the globe and see all of the Monarch bases that are monitoring the titans situated around the planet.”

Overall, 1,535 visual effects shots needed to be produced; MPC handled 600, DNEG looked after 150, Rodeo FX was responsible for 115, Method Studios created 110, and Ollin VFX did 400 involving set extensions and skies, while The Third Floor and Day For Nite visualized most scenes for the project.

According to Rocheron, the film’s director would often say that these creatures were like ancient gods, and that’s the way he treated them. “We created wide and far-away shots called tableaux with a high contrast of the monsters that resemble Renaissance paintings of Greek mythology,” says the vfx supervisor.

“We looked at the previs stage as being our shot design stage — not only in terms of when we need a wide shot and close-up, but to figure out the placement of camera and details of the lensing, animation, performance and lighting,” notes Rocheron. “Because the creatures are so big, you have to use some trickery in terms of how you light and frame to keep things moving at a decent pace without breaking the sense of scale. Initially, we had upwards of 30 animators before actually shooting the movie. We turned over the shots along with the Maya files to the vendors. There was still an enormous amount of work to do in post-production, because we had to animate everything realistically and give personality to these creatures.”

Of course, live-action photography takes center stage when the film’s cast members Kyle Chandler, Vera Farmiga, Millie Bobby Brown, Sally Hawkins, David Strathairn and Ken Watanabe appear in the frame. “We sent a visual effects team that shot aerial tiles and photogrammetry from rooftops in Boston for the finale,” recalls Rocheron. “For most of the movie you’re in a digital world; that’s why for us it was important to be so precise in pre-production and visualization, because then you know exactly what needs to be shot. Also, the actors are acting against fairly minimal set pieces, so we have to give them the tools to understand what is happening and how they fit in the world that we’re creating.” 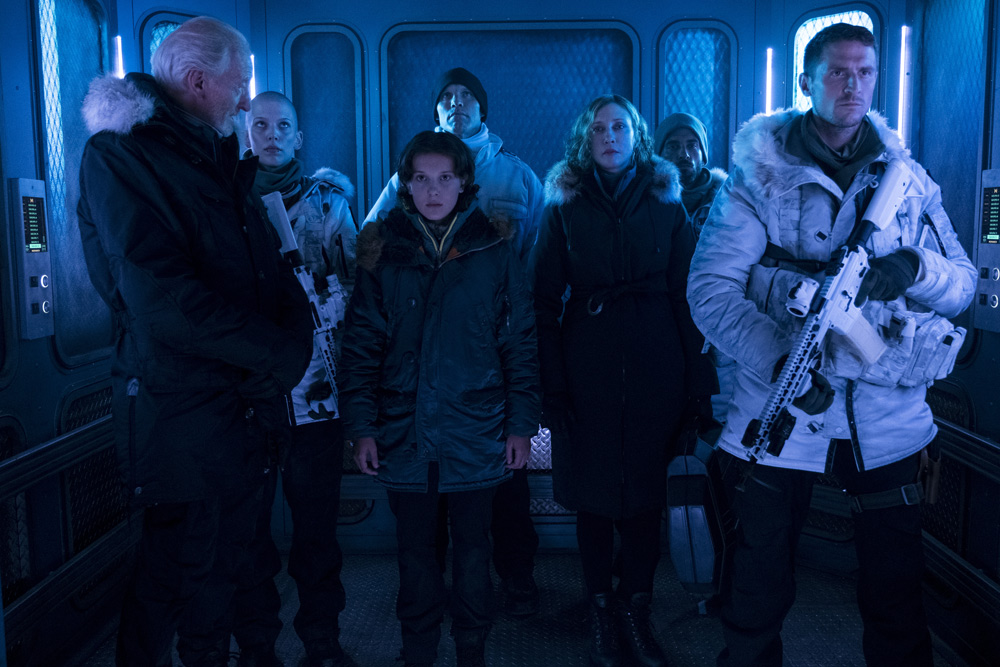 Much of Godzilla’s character design was retained from the 2014 Hollywood reboot directed by Gareth Edwards (Rogue One). “Mike wanted fins that were closer to the 1954 Godzilla, and we did some small cosmetic tweaks to him,” states Rocheron. “The head is slightly smaller, he’s leaner and has more aggressive claws. We looked at our ability to create more nuanced facial expressions — which is hard to do on a giant lizard. You want to find what is going to create an emotional response from those creatures. Is it the breathing? Breathing causes ripples through the scales and eyes of Godzilla. On a human face, a vibration under the eyes and around the eye sockets means that there’s tension. You translate subtle details like this onto our creatures.”

It was a given that the facial and physical reactions of the giant reptile could not be entirely human. “If you go too far into the human side these creatures look like a man in a suit,” says Rocheron. “We generally did a 95 percent animalistic behavior and five percent injecting spurts of human facial expressions and attitude.”

Rocheron says one of the first scenes tackled by MPC was the one depicting Godzilla getting revived by a nuclear explosion. “There’s a series of shots of him looking at one of our human characters. By using subtle facial shifts, we show that there’s an understanding between the two,” he recalls. “It gave us a good understanding of what does and doesn’t read, and what is too much. We did a lot of exploration from that standpoint.”

MPC had to reengineer its pipeline and rigging technology in order to have a trio of facial rigs placed onto the archenemy and primary antagonist of Godzilla. “Mike was adamant that Ghidorah shouldn’t look like a Western dragon,” reveals Rocheron. “We did a lot of design iterations with the necks behaving more like cobras, and his movements would be fluid.”

Three heads meant figuring out three brains and personalities. “There’s the alpha head in the center that is the controlling one, the left head is more reckless and curious, and the right head is more aggressive and vicious,” he further explains. “We spent quite a lot of hours looking at footage of wolf packs. A breakthrough for us was when we shot mocap of three performers, each one driving one of the heads and necks, and put them next to each other, and said, ‘Walk as a pack, look around and suddenly Godzilla appears in front of you.’ The three performers reacted to the same action but each in their own way; their mocap performances were retargeted to a mocap rig of Ghidorah and gave us ideas for his body language.”

Complicating matters is Ghidorah’s ability to generate his own weather system. As Rocheron explains, “Getting close to him was like being in the eye of the storm. We did a lot of practical effects because the elements were so intense that you needed to put strong rain and wind on the actors It gave us a photographic grittiness that you can’t add in a computer.”

There was also the business with the insectoid Mothra, which needed to be designed as a larva that transforms into an adult. “We tried to show a gracefulness and femininity, which is not the easiest thing to do when you’re looking at a giant larva or moth,” says Rocheron. “For the adult version we looked at moths, praying mantises for the front legs, as well as the body and curves of wasps. It was a balancing act trying to keep her lines elegant, but at the same time, Mothra needed to look deadly because she’s a killer.”

Rocheron explains that audiences really get to appreciate Mothra’s full size and scale in her first reveal, when she unfolds her wings behind a waterfall. “We created an elegant tableaux through her colors and bioluminescence,” he notes.

Another visual treat is Rodan, the flying monster that hibernates in a cave. “Rodan is covered with molten and calcified lava; his design was easier from that standpoint because his role in the film is as a destroyer,” says Rocheron. “The sonic wave that Rodan leaves behind as he flies can level a city. There is an air-to-air battle between fighter jets and him. He’s incredibly fast, agile and deadly, so we relied on good references of eagles and vultures that helped us design his eyes and beak.”

Warner Bros.’ Godzilla: King of the Monsters is now in theaters. 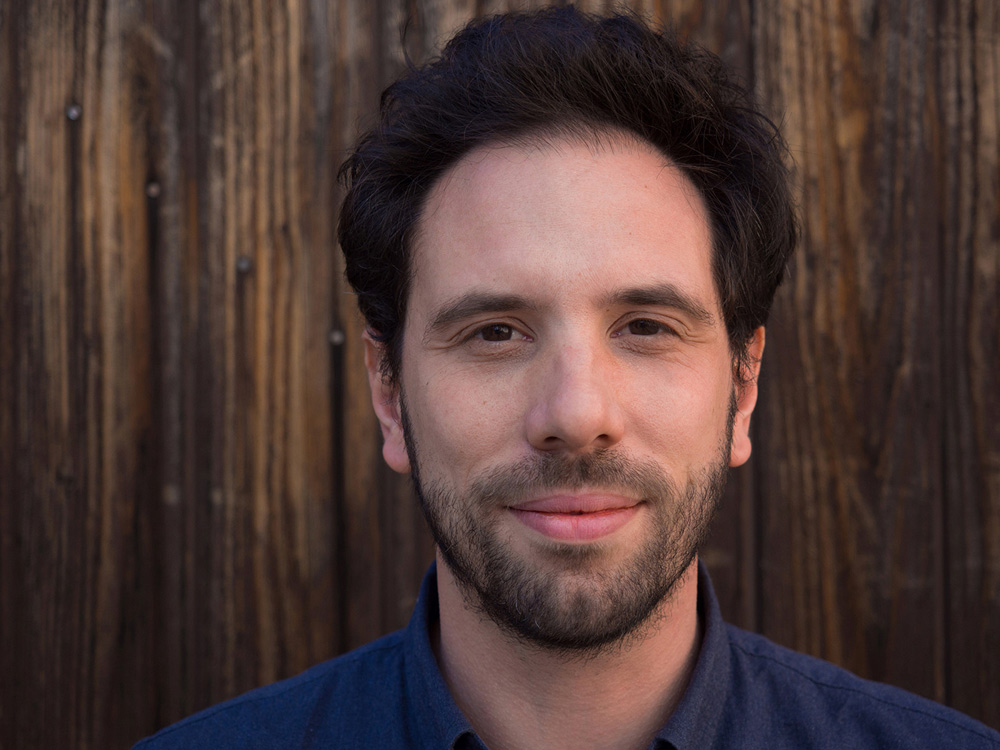