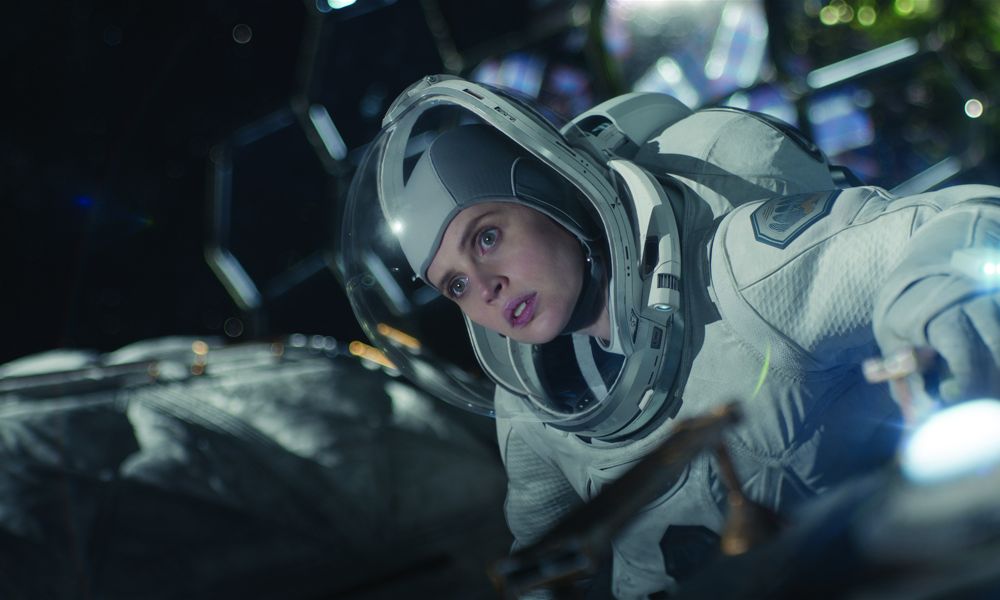 Launched ahead of the winter holidays, The Midnight Sky is a post-apocalyptic feature following Augustine (George Clooney), a lonely scientist in the Arctic, as he races to stop Sully (Felicity Jones) and her fellow astronauts from returning home to a mysterious global catastrophe. Clooney directed the adaptation of Lily Brooks-Dalton’s acclaimed novel, which is now streaming on Netflix globally.

To bring The Midnight Sky‘s out of orbit scenes to life, the film’s producers turned to Oscar-winning studio Framestore. “We had to shoot a pregnant astronaut floating in space; Framestore did a brilliant job with all of it,” Clooney noted. 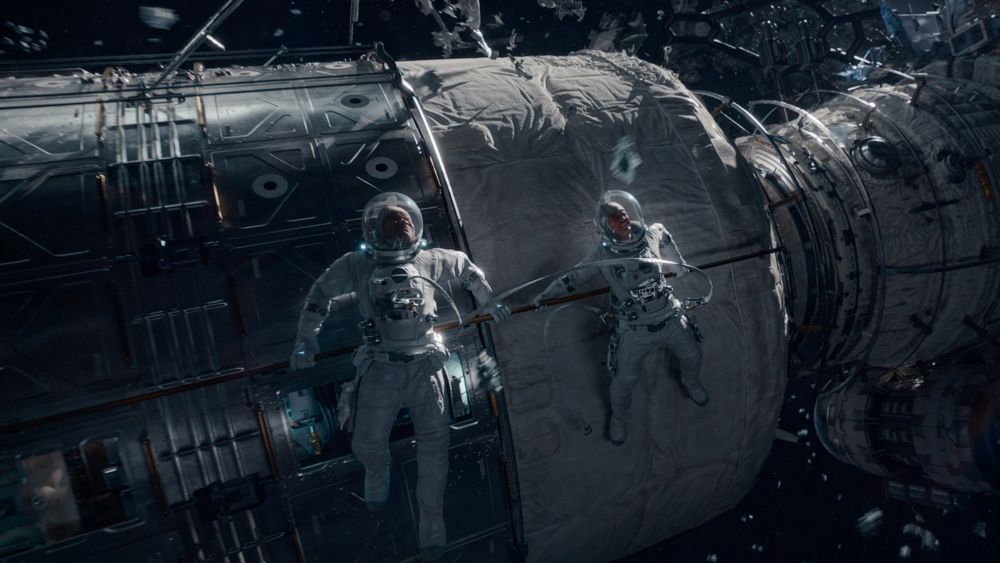 The team were tasked with supporting the story through VFX that seamlessly complimented the cinematography by DOP Martin Ruhe, creating high-level CG facial replacements, building the Aether ship and interior, as well as ‘Sick Earth’ and it’s foreboding environment.

“VFX were engaged to provide humanity’s existential threat. Thematically we sought to portray human isolation against the devastating beauty of the universe,” said Lawrence. 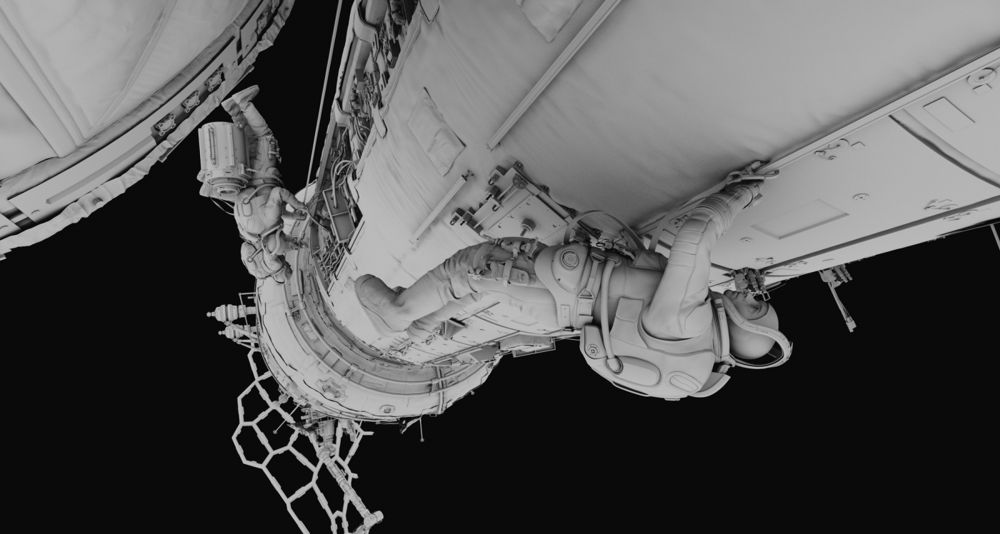 The Midnight Sky ‘Space Walk’ before & after

To emulate zero-G and help to sell a pregnant Sully floating in space (Jones was actually pregnant at the time of shooting), digital face replacements were required for the wide, full CG shots; totalling 30 shots in the stand-out ‘Space Walk’ sequence. Incredibly high resolution Anyma scans were combined with cutting edge proprietary shaders to create convincing high-res digital faces, which were then keyframe animated.

“The Anyma capture for the performance gave us an animated mesh of the actor that you can use to drive animation,” explained Page, “but there’s a lot of clean-up work for that to be usable — especially around the eyes and the mouth.”

Animation supervisor Solomon elaborated, “The head motion and eyelines were adjusted to work with specific actions and the position of the camera. In some shots it was quite nuanced, enhancing eye darts and blinks while in others we made broader changes to head angles and eyelines. Considerable sensitivity had to be used though as it was surprising how quickly small adjustments made shots feel broken.” 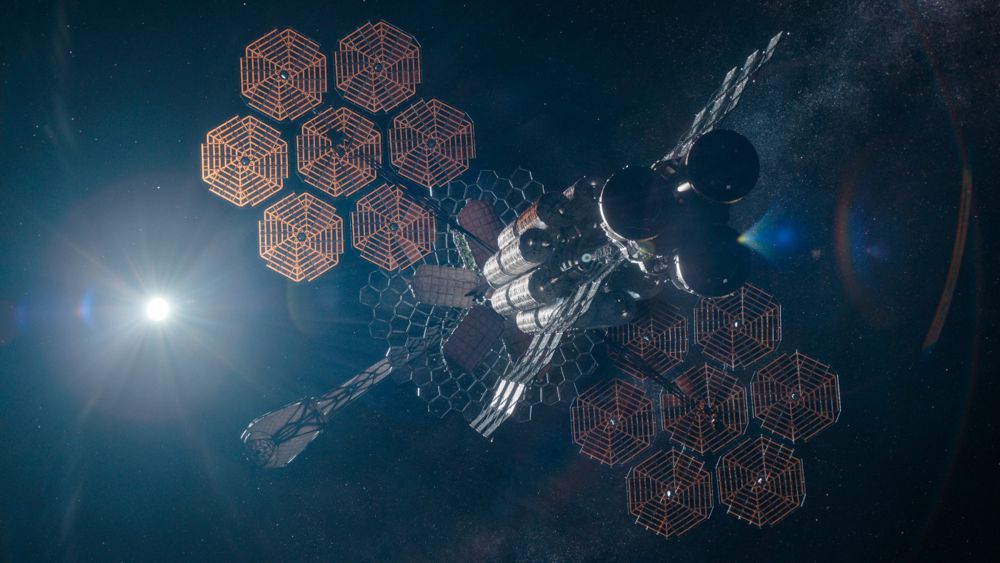 The Aether, housing the crew returning from their reconnaissance to Jupiter, was designed by production designer Jim Bissell, of E.T. fame, with the support of Framestore art director,Jonathan Opgenhaffen. Drawing from the studio’s archive of spaceship parts, Aether evokes the futuristic feel of the film while staying grounded with the tangible technology of today. Using parts of the ISS, existing NASA technology and cutting-edge 3D printed technology, the team were then able to focus on the details and texture of the ship to make it realistic.

“The buzz word was ‘topological optimisation,’” explained Opgenhaffen. “The ship’s components had to work practically; it’s beauty stems from its functionality and availability of existing and emerging technologies.”

The team also created nuanced, ominous imagery to imply the idea that something has caused this global catastrophe. “Sick Earth is a huge character. It’s purposefully left ambiguous so you ask questions without necessarily receiving answers,” said Lawrence. Layers of clouds, some curling towards the sky mirroring fingers reaching up to space, are the main aesthetic cue. “It’s not a natural phenomenon, so there’s a bit of speed that is visible from space; we played around with FX passes in comp to create additional movement,” added Hillier. 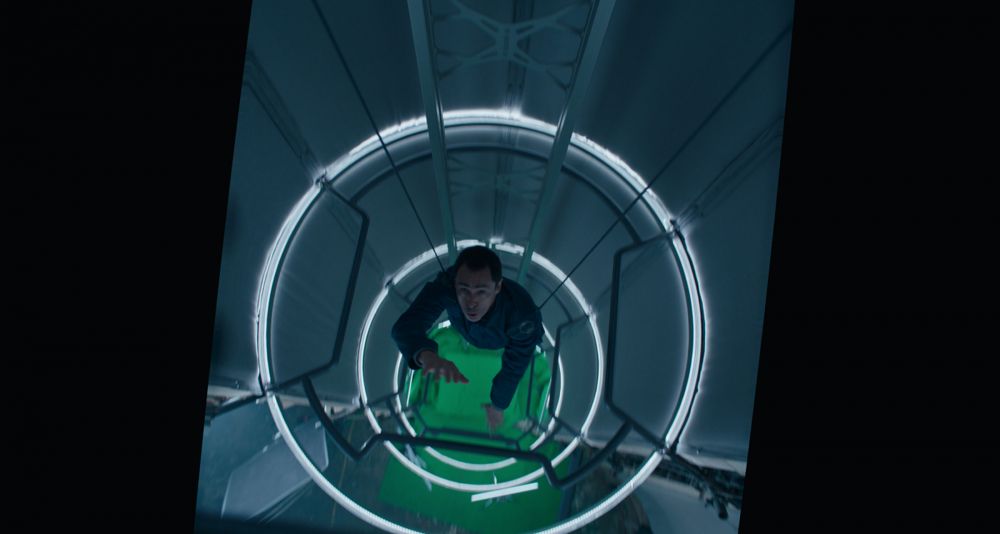 The Midnight Sky, ‘Aether’ interior before & after

The shoot of Augustine on earth took place in Iceland, with 70 mph winds and freezing temperatures; although the actual amount of snow posed some problems. “Unfortunately when they went to shoot the plates, a lot of the snow had melted so we had to replace it,” explained Hillier. “We’d worked on snowy landscapes recently for the first season of His Dark Materials, but we really had the opportunity to push our snow shaders further to hold up in all of the close-up shots of the snow moving across the surface of the ground, with the light scattered through it.”

Pre-production supervisor Kaya Jabar, then at The Third Floor London, led a virtual camera shoot of the set, before designing a virtual LED shoot plan for screens in the observatory. Working closely with Lawrence, Jabar’s team created a suite of tools using Unreal Engine to tie together a virtual camera and an LED screen simulator that was accurate to the exact panels used on the day.

“I do believe that we were amongst the first people to plan it that way,” Jabar noted. “I just applied the logic that if we can virtually plan a shoot and show you what will replace a green screen, then we can do the same with LED screens.”

The VFX on The Midnight Sky needed to be as seamlessly- integrated, photoreal and realistic as possible. “Ultimately, George wanted the drama to be grounded,” added Lawrence, “The language of the film, especially in those moments you’re with George stuck in isolation, is emphasised by the static locked-off camera and beautiful composition of the scene. It was a nice place to be in; to compliment the filmcraft rather than going all out in showy VFX.”