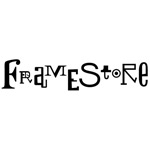 Oscar-winning vfx shop Framestore has announced that it has restructured its New York office. The restructure addresses recent changes in the industry, an increased demand for the studio’s CG services as well as the Framestore expansion into the digital and production arenas. The staff changes will include several promotions and a new hire.

This restructure includes the promotion of Murray Butler from Head of Flame/VFX Supervisor to Creative Director. In this new position Butler will be in charge of the overall creative output of the New York office, ensuring that it continues to maintain the award winning Framestore level of excellence. Butler will oversee the execution of projects and be charged with quality control of all creative output. He will continue to work on Flame and serve as a director on appropriate projects.

David Hulin, formerly Head of CG, was named Director of Operations at Framestore NY and his promotion will take effect immediately. As one of the principle architects of the infrastructure of Framestore NY, Hulin will be charged with optimizing workflow, pipelines and processes. He will partner with Framestore NY President, Jon Collins and Executive Producer, James Razzall, on business development and new initiatives. Hulin will also interface with Murray Butler, Creative Director, and Laney Gradus, Head of Production, to ensure that the most efficient model is in place to guarantee that clients receive the value and quality they expect from Framestore. Hulin will continue to serve as a director on certain projects.

Andy Walker will replace Hulin as Head of CG. Walker joined the New York office from Framestore London’s VFX department in 2005 and he has been heavily involved in the technical development of the department. He will oversee a CG department of 25 people.

Framestore has also tapped Ana Wolovick for the new position of CG Manager. She will work with the Head of CG and the producers to oversee all CG productions and ensure that efficient project management allows the creative team to meet all project deadlines on track and within budget.