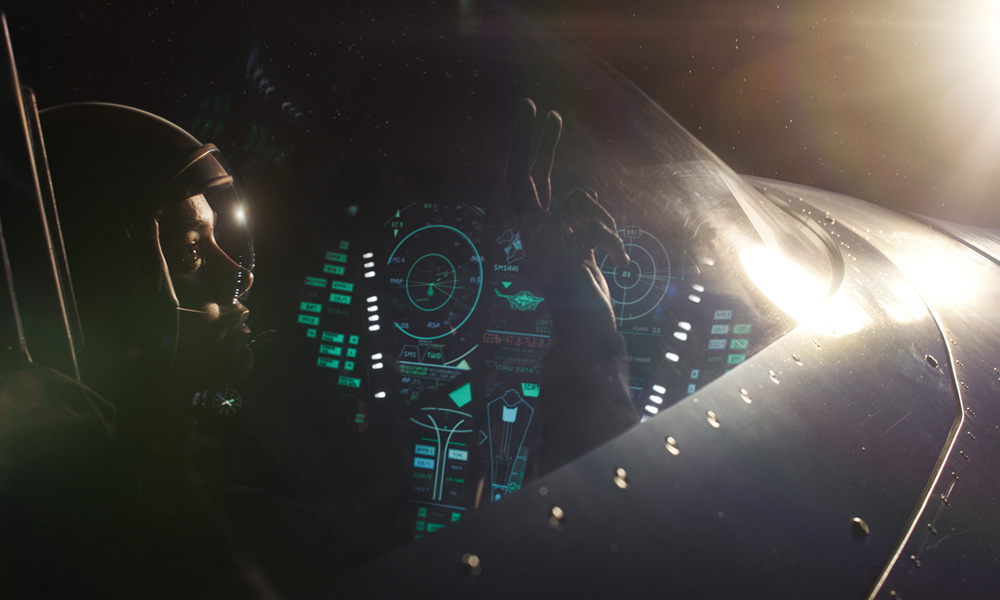 Captain Marvel — the first female-lead superhero movie from the Marvel Cinematic Universe — has been crushing it, with a $455 million opening (the second-biggest in MCU history) and now membership of the billion-dollar worldwide box office club. Among the talents bringing this action-packed adventure to the big screen were the visual effects artists at Framestore.

Captain Marvel follows Oscar-winner Brie Larson as Carol Danvers, a young woman torn between her past life as a former U.S. Air Force pilot and her present life as an extraterrestrial Kree warrior. In the midst of her self-discovery, an ongoing intergalactic war between the Kree and the Skrulls reaches Earth. As she begins to remember her true identity, Carol Danvers finds her calling as a superhero.

The Framestore team led by VFX Supervisor Christian Kaestner delivered over 130 shots, including one of the film’s first establishing sequences as well as Vers/Carol Danvers’ first transformation into her Captain Marvel suit.

Chris Townsend, the film’s overall VFX Supervisor, tasked Framestore with building the Kree’s sleekly-designed Helion spaceship as well as setting the scene for the alien planet Torfa, where the Kree warriors would battle their foes the Skrulls.

“The holy trinity as far as Chris was concerned was that things need to look cool, photographic and physically accurate; and in that order,” said Townsend. At the same time, Framestore’s talented team ensured the visual effects continuously supported the film’s character-driven narrative.

Key to the Kree’s initial encounter with the Skrulls in the film was the dark, daunting mood of Torfa. The planet is bathed in a curious half-light (which saw the team shoot during nighttime to have full control of lighting) and swaddled in a dense, murky CG fog.

“This was our chance to really show the audience something alien and otherworldly,” explained Townsend. “We wanted cinemagoers to live this moment with Brie and her team, to really feel like they were somewhere they’d never been or seen before.”

The area was surrounded by mountains and the VFX team needed to identify the precise level of detail that would fit within the space, as well as the appropriate camera angles. “For the look of the sequence it definitely helped to capture the special effects on location within the plates,” said Townsend. “This approach wasn’t without its challenges, but we loved the way it came together – there’s a real feeling of threat there, a sense of an unpleasant reality.”

As the Kree make their grand underwater arrival, time suddenly slows down. From both an animation and simulation standpoint, it was challenging to apply the same physics to two different timescales within the same shot. Jumping from real-time to 500 times slower, all simulations from bubbles, costumes and Mohawks had to be accounted for in the slow-down before things reverted back to real-time.

“That ‘bullet-time’ sequence was really fun to do,” said Townsend. “It puts you to the test, because you have to balance creativity with pure science: how can we make this look awesome and photoreal, but also obey the rules of maths and physics?” The team came up with a way of implementing the slowed down animation into effects simulation in Houdini, guided by Brie’s subtly animated performance.

For the Torfa environment surrounding the Temple, the team utilized an extensive amount of on-site photography from a quarry in California, as well as a drone photoscan of the set, which provided a geometry base to build from. These reference points were used as a basis for modelling, and procedural tools were utilized for set extensions. As with many things when it comes to a superhero movie, it quickly became apparent that bigger was definitely better. The Torfa landscape evolved, eventually spreading to four times its initial size. The team was also involved in animating characters and Skrulls with digital double takeovers, which were part of the main fight sequence.

Long after leaving Torfa, we see Danvers recognize her power and transition through a series of suits to find fitting attire. From a fan-pleasing nod to the original white-and-green ‘70s costume design, Danvers’ suit is seamlessly replaced in CGI – with only her head, hair and hands kept from original photography. To do so, Framestore’s team created an organic-grown simulation, multilayered with various hexagon sizes that crawl over her suit, which was matched onto a tight body track, faithfully replicating its original wrinkles and movement. She then reveals her classic red, blue and gold Captain Marvel suit.

“It’s a subtle moment but a grand one,” said Townsend. “In a way we feel like that sums the character up: effortlessly cool and yet extremely powerful.”

Managing Director Chloë Grysole added, “This being the Montreal studio’s first collaboration with Marvel, we’re very pleased with the turnout and incredibly proud of our team.”

Producer Sophie Carroll, commented, “After having worked with them on Guardians of the Galaxy 2, it’s fantastic to build on an existing relationship and it certainly helped us work more fluidly.”