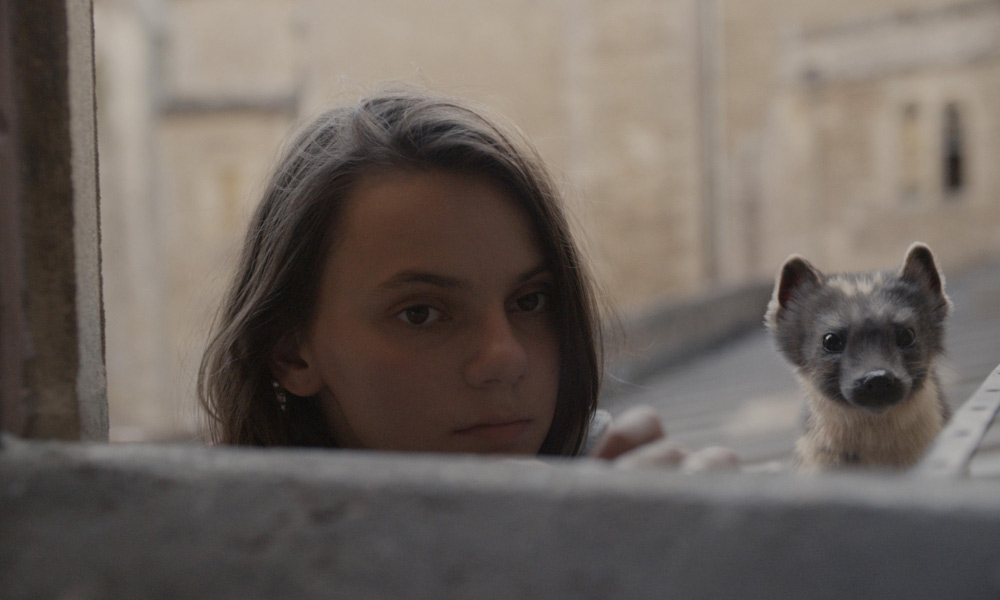 The first episode of His Dark Materials aired on November 3 (BBC) and Nov. 4 (HBO), debuting with a splash with 7.2 million viewers for its U.K. premiere — making it the biggest new drama debut on British television in five years. The eight-part series has won over critics with its lavish visuals and worthy use of the source material.

Framestore delivered all of the first season’s world-class VFX, and served as a key creative advisor from the earliest stages of production. This saw Framestore build a production-side visual effects team at Wolf Studios, Cardiff led by Senior VFX Supervisor Russell Dodgson, On-Set VFX Supervisor Rob Duncan and VFX Executive Producer James Whitlam. They provided guidance, advice and input as to how best bring Pullman’s unique world to life — from feeding back on production notes to creating the show’s lush environments and developing the nuanced relationships between the actors and their dæmons. The result is one of the most ambitious feats of storytelling yet seen on TV, with over 2,000 shots of spectacular CG and animation work bringing the richly-imagined universe and its colourful denizens to life.

“His Dark Materials demanded an extraordinarily high VFX baseline,” says Dodgson. “It also required us to really live and breathe the show if we were going to bring it to life. The team at Bad Wolf understood this from the get-go, helping us immerse ourselves in the script, the characters and the physical production so that the VFX work was embedded in the story from day one.” 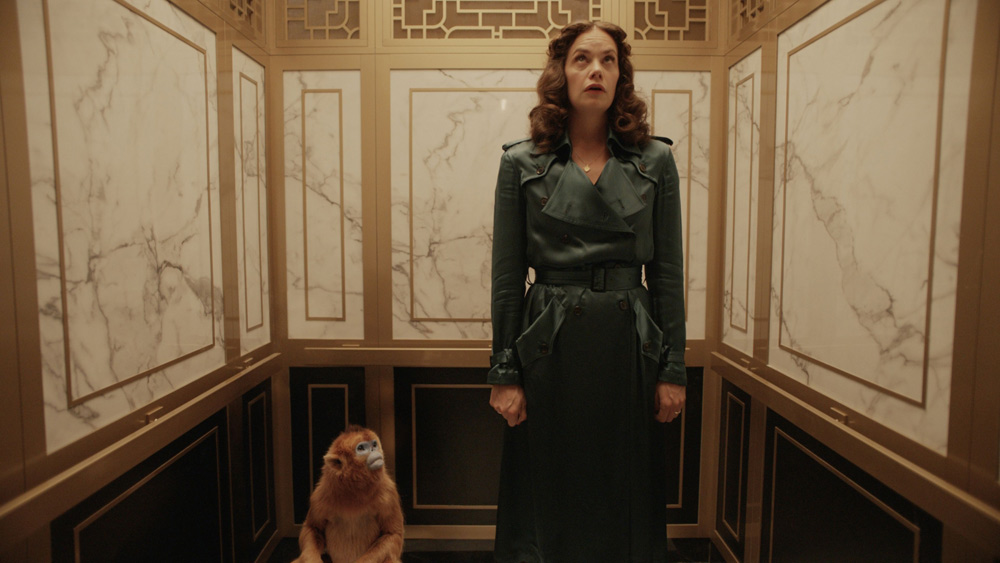 Crafting a visual spectacle equal to the beloved source material drew on a wide range of talent, and presented challenges in terms of scope, scale and storytelling.

“Every human character having his or her own dæmon means theoretically every shot that features an actor could also require VFX,” Dodgson explains. “This level of work and detail is unparalleled when it comes to television — the sheer volume of shots requiring the inclusion of a pine marten, a hawk, a monkey or a snow leopard meant our lighters, animators and CG artists really had their work cut out for them.”

Framestore created more than 50 distinctive dæmons as well as the bear-like panserbjørn, effectively bolstering the show’s overall cast with its CGI creations. To ensure emotional, realistic interactions between human actors and fully-CG characters, first-pass takes were conducted with puppets, which helped provide visual and interactional cues. The puppets were then removed from set, and clean plates featuring just the actors in situ were filmed. It was then down to Framestore’s artists to conjure forth the show’s distinctive dæmons. 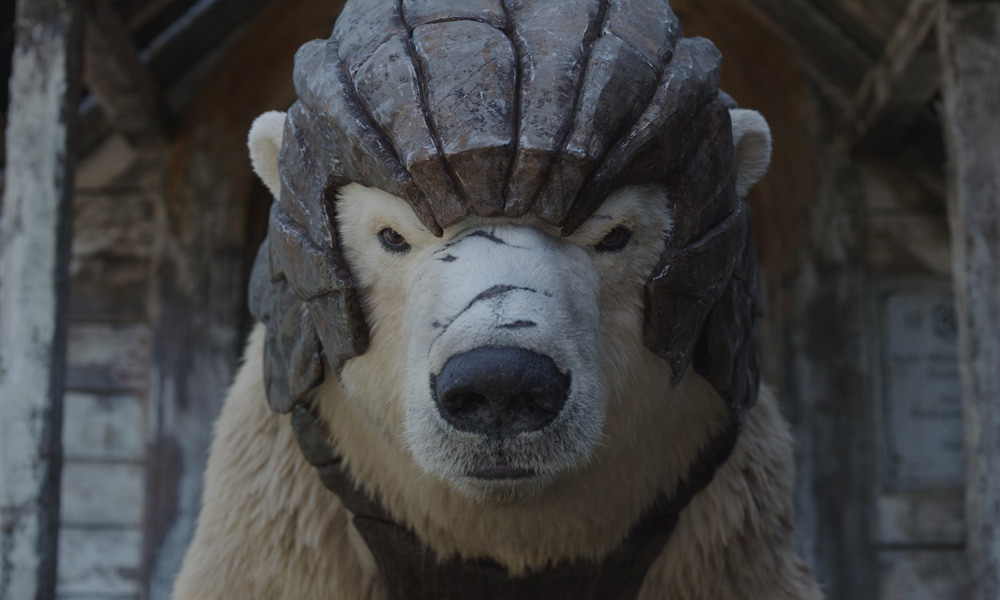 “On the one hand, there was the challenge of creating so many photoreal creatures,” says Dodgson. “You’re building each one of these characters from the ground up, which means crafting their skeletons and musculature, and that’s before you even get on to the intricacies of feathers, fur, eyes and claws.”

Bringing these characters to life was not just a question of volume, however. “It was obviously important to imbue each dæmon with its own personality,” Dodgson continues. “A deeper concern, however, was how they then interacted with their humans, and how their gestures and behaviour augmented, reflected or concealed what their human was thinking or feeling. This requires a tremendous amount of nuance and subtlety, and our artists deserve full credit for the seamless, intuitive way that they have embodied the characters and helped merge fantasy with reality.” 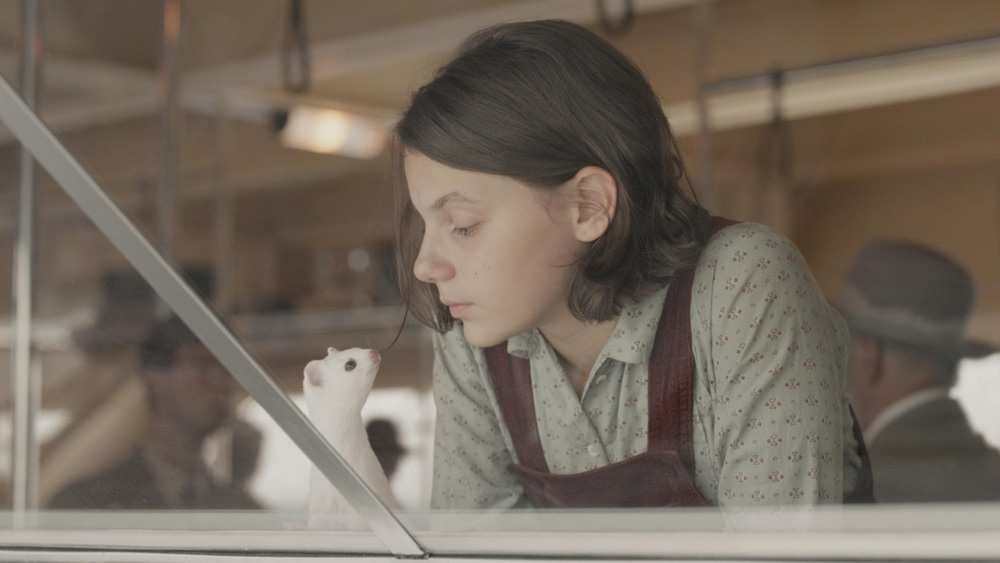 The scope and scale of the show meant Framestore drew on skills from across the entire company, with the work split between offices in London and Montreal, as Global Marketing Director of Film Fiona Walkinshaw notes. “It was a team effort on a grand scale. We’re no stranger to huge projects and tight deadlines, but His Dark Materials really feels like a landmark in terms of both the quantity and quality of VFX shots TV audiences will witness. It’s a perfect example of how film and high-end TV are converging: there’s a heightened demand from clients and audiences alike for VFX work that would look as good in your living room as it would at the IMAX.”

As well as allowing the company’s artists to flex their creative and technical muscles, the work also tapped another of Framestore’s core skills: the ability to get inside a piece of existing IP and breathe life into complex creatures, characters and settings that exist in the hearts and minds of a great many loyal fans.

“Working on a show like His Dark Materials brings with it a lot of responsibility, and it’s not something we take lightly,” says Framestore CEO Sir William Sargent. “This isn’t a world we’re building from scratch — it’s one that millions of readers feel deeply invested in, which means we have them in mind while working closely with the show’s producers, directors and showrunners. It requires a deft touch, a deep understanding of the source material and years of experience working with beloved characters that range from boy wizards to superheroes.”