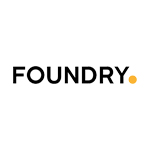 Software developer Foundry has launched the latest major release for its Nuke family of products, with Nuke and Hiero 11.0. The leading high-end compositing tool is back with a slew of new features and updates to boost artist performance and increase collaboration. The version was launched in beta in April.

“We’re delighted to announce the release of Nuke and Hiero 11.0 with new workflows for artist collaboration and a renewed focus on industry standards. Nuke, NukeX and Nuke Studio continue to be the go-to industry tools for compositing, editorial and review tasks, and we’re confident these updates will continue to provide performance improvements and further increase artist efficiency,” said Jody Madden, Chief Product and Customer Officer at Foundry.

Key features of Nuke and Hiero 11.0 include:

VFX Reference Platform 2017: The Nuke family is being updated to VFX Platform 2017, which includes several major updates to key libraries used within Nuke, including Python, Pyside and Qt.

Live Groups: Introduces a new type of group node which offers a powerful new collaborative workflow for sharing work among artists. Live Groups referenced in other scripts automatically update when a script is loaded, without the need to render intermediate stages.

New Lens Distortion in NukeX: The LensDistortion node has been completely revamped, with added support for fisheye and wide-angle lenses and the ability to use multiple frames to produce better results. It is now also GPU-enabled.

Timeline Disk Cache in Nuke Studio: Nuke Studio now has new GPU accelerated disk caching that allows users to cache part or all of a sequence to disk for smoother playback of more complex sequences.

Nuke and Hiero 11.0 is available online from Foundry and through accredited resellers. 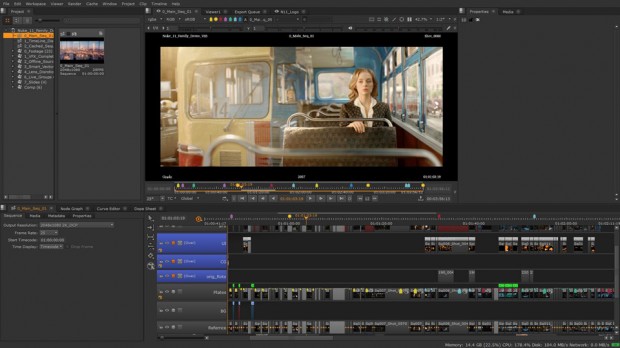 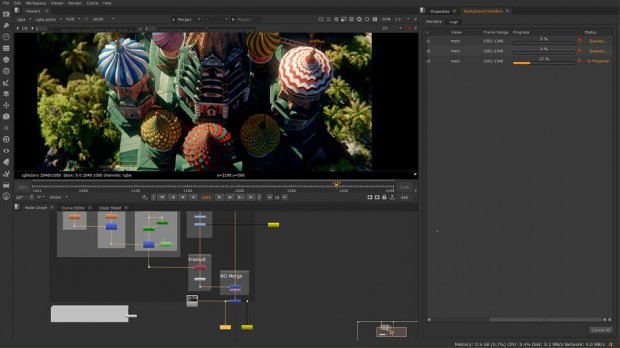 Frame Server in Nuke and NukeX