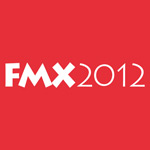 The 17th FMX event, the international conference on animation, effects, games and transmedia to be held May 8-11 in Stuttgart, Germany, has announced highlights of its special virtual production and visual effects programming—including looks at Avatar, Tintin and The Lorax as well as chats with ILM, Weta and more top vfx houses.

The complete program is available online at www.fmx.de.

Virtual Production I – World Building: From Avatar to Tintin

Production designer and producer Alex McDowell (Watchmen) curates the World Building pre-prod talk with Speedcam’s director Mario Janelle in which they analyze world-building in indie flicks. Art directors Andrew Jones and Jeff Wisniewski will focus on blockbusters by illuminating the digital worlds of Avatar and Tintin.

The second presentation brings in Kevin Jenkins (supervising art director, Framestore) who with Edwards will explain the creation of Steven Spielberg’s War Horse.

The third, “Integrate not dominate: Previs and Virtual Production for a non-VFX show” will feature Franke and VFX producer Friend Wells who will analyze the importance of these techniques for more naturalist productions, including the upcoming The Last Stand (2013).

The third is dedicated to the work of Academy Award winning vfx supe Rob Legato who will talk about his collaboration with Nvizage and the art department for Scorsese’s Hugo; including a talk with Nvizage previs supe Martin Chamney on practical sets and digital extensions for the railway station.

Ahead of it’s European premiere, FMX audiences will get to see Illumination Ent./Universal’s Dr. Seuss’ The Lorax in 3-D. Illumination’s Jacques Bled, Kyle Balda, Bruno Chauffard and Yarrow Cheney will discuss the film.

Additionally, Joss Whedon’s The Avengers will screen for FMX visitors. ILM’s vfx supe Jeff White will be joined by Weta’s Guy Williams to discuss the working process of the film.

FMX 2012 - The 17th Conference on Animation, Effects, Games and Transmedia