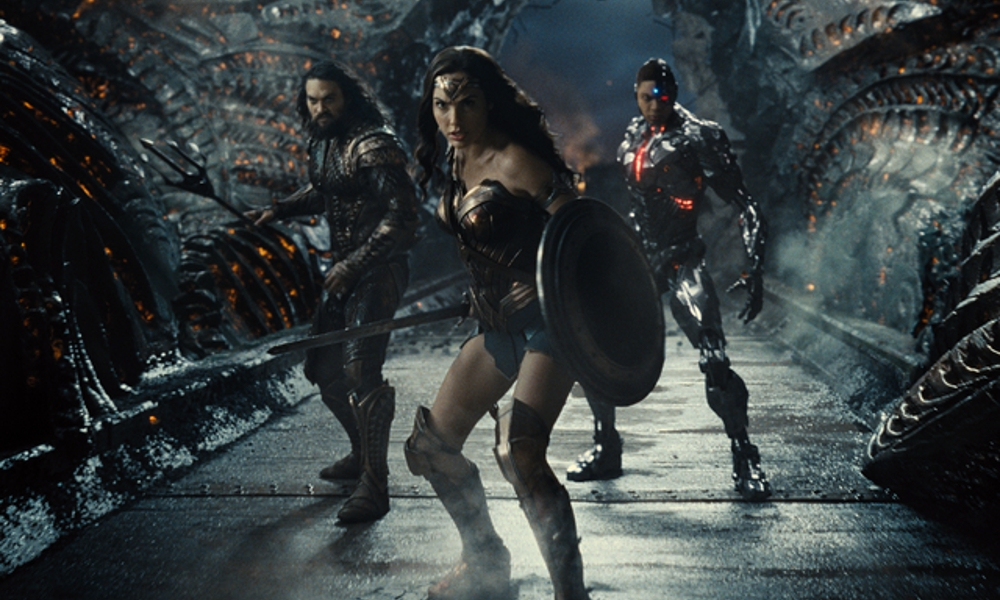 With the release of Zack Snyder’s version of Justice League last month, the helmer got a second chance to complete his vision for Batman v Superman: Dawn of Justice after studio politics and the death of his 20-year-old daughter resulted in his replacement by Joss Whedon in 2017.

Lackluster box-office results for the extensively reshot Justice League caused Warner Bros. to rethink its approach in bringing the DC Universe to the big screen. Rumors began to circulate online that a version existed which was overseen by Snyder, who through social media fuelled the frenzied fan desire for its release. 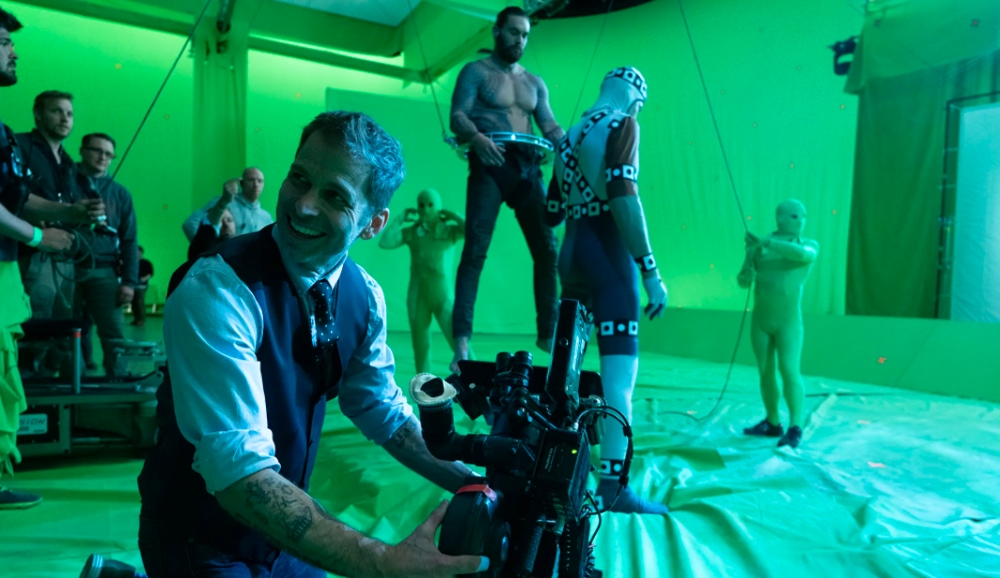 Director Zack Snyder on set during the original filming for Justice League.

Animation supervisor Simeon Duncombe was part of the original Weta Digital team that worked on the 2017 version of the movie. “It’s not often that you get a second chance at something, particularly like this,” he tells Animation Magazine. “All of the cool stuff was coming back that you wished wasn’t cut out in the first place.”

Uploading assets from the original movie did not make the process any easier. “There is a scene where Steppenwolf is chasing all of the Amazons who are escaping with the Mother Box on horseback,” states Weta Digital VFX supervisor Anders Langlands. “In 2017, they built what was needed to get the shots done. But then, we’re coming in, designing new shots and pointing the camera in places that we never saw before. It was pitched to us as updating the characters, picking up a few shots, and finishing some shots; that completely undersells the amount of work that goes into something like this.” 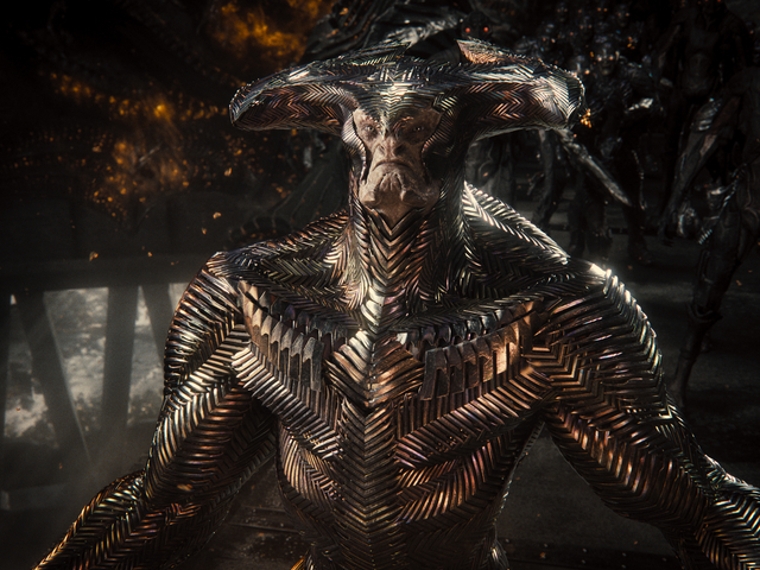 The hour’s worth of material produced by Weta Digital includes redesigns of Steppenwolf and Darkseid — with the latter making his onscreen debut — as well as the expansion of the Knightmare sequence. “If you look at the end credit scene in Batman v Superman: Dawn of Justice where Lex Luthor is talking to a version of Steppenwolf; that is a design we reverted to in the 2020 version of Justice League,” remarks Weta Digital VFX supervisor Kevin Smith. “For us, it was hitting the marks on executing the design as opposed to trying to develop anything new. Zack is a visual guy and he already had an idea of what he wanted all of his characters to look like.”

A redesign request that proved challenging was increasing the iridescence of the armor worn by Steppenwolf. “What was interesting about that is Zack kept pushing for it to be more,” reveals Langlands. “There was a certain point at which we stopped fighting it and embraced the disco version of him, which is cool.”

“My favorite moment with Darkseid occurs when he is at the end in the throne room,” remarks Smith. “Darkseid only has two lines but is such a compelling character. His lack of motion, stateliness and the way he looks at his subordinates and stares down Superman are what make his appearance in that sequence so great. For lighting, we tried to keep him bright enough to get enough light in his face so it reads, while letting him be dark and mysterious.”

The final performance comes down to the skill and experience of the facial animators. “The technology has not changed a lot from 2017,” notes Duncombe. “There were a lot of new lines and the only reference that we received were the actors holding up their iPhones.” The ability to do the necessary motion-capture performances was complicated by the coronavirus pandemic protocols. “We had a potential second lockdown coming down the pipe, so you’re looking at potentially a month where you can’t get motion capture, which means you can’t build the shots. We had a particularly stressful few days where we were trying to capture as much performance as we could onstage.” 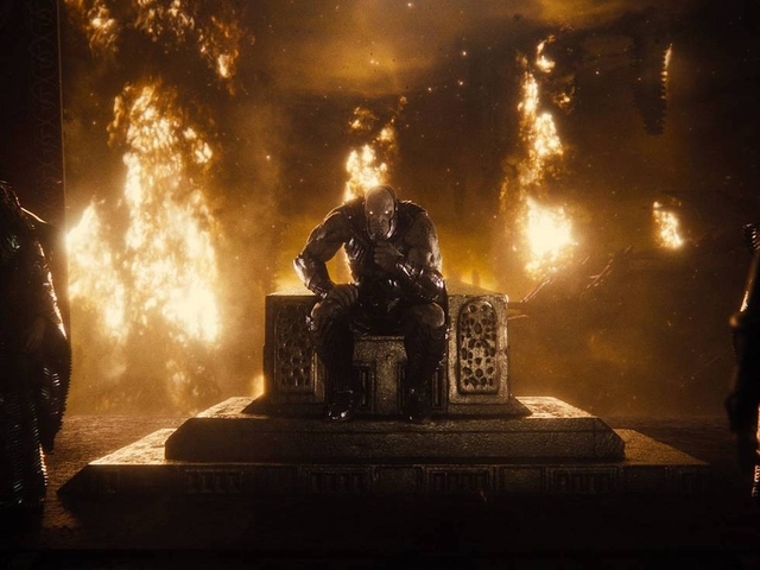 Fans will also notice that Green Lanterns gets more screen time in this new edit. “He was killed early on [in 2017],” laughs Duncombe. “It was almost forgettable. There were maybe two shots. Originally, there were more shots of the Green Lantern, but they got omitted late in the game. That was another little moment which was cool to see come back. We decided to make that death more memorable this time around with the hand being cut off, the ring coming up and Darkseid potentially grabbing it. It was something that we came up with internally. That was good fun.”

The VFX team exercised much restraint when displaying the power of the Green Lantern. “We intentionally kept it much simpler,” explains Langlands. “You only have a few shots to establish when you see a green beam that means Green Lantern is attacking Darkseid. You can set up the conflict quickly rather than hope that the audience understands the green beam coming through is part of that character, not another one.”

Additional footage was shot for the sequence in which Bruce Wayne envisions an apocalyptic event occurring in the future. “Because of COVID-19, we couldn’t be there while they shot so we just got the plates,” explains Smith. “The nice thing about that is, from the way that Zack shot it was obvious where he wanted to go visually. It came down to us creating a believable environment and getting it behind all of the characters. Aside from the big establishers where you have spaceships and guys flying around, it is a character piece. This is about Batman’s interaction with the Joker, and we learn that some of the Justice League members are dead. The background becomes secondary to what’s actually happening with the dialogue.” 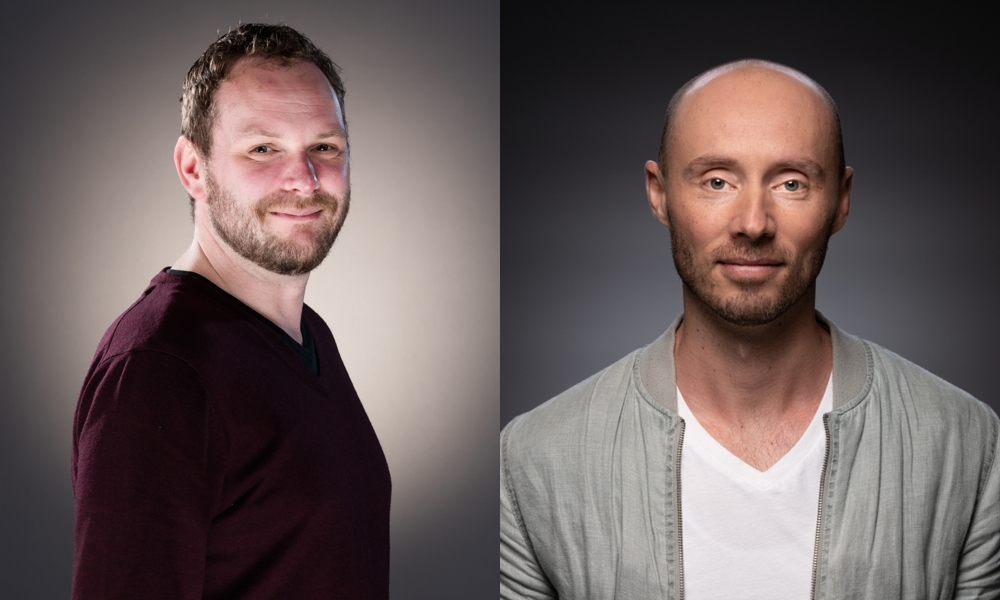 Superman plays an important role in the new version as he turns against his fellow superheroes in the Justice League. “Superman is in two shots,” says Smith. “There is one that he’s far enough away that we used a digital double. However, the close-up of Henry Cavill is actually from Batman v Superman.”

“The biggest challenge was trying to find your own voice while still fitting into what was done before,” says Langlands. “I like the two big sequences that we did at Themyscira and the History Lesson; we were able to expand on those by bringing back some of the cool moments and creating some new ones. The sequences are a lot more fun and better developed than they were in the original film because there was more room for them to breathe.”

Smith says he enjoyed the idea of fulfilling the wishes of fans around the world. “It’s nice to work on a movie that so many people are looking forward to see: That’s the icing on the cake for this one. When the trailer dropped people were losing their minds. It’s nice to have a part in that.”