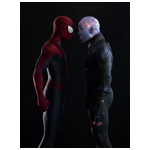 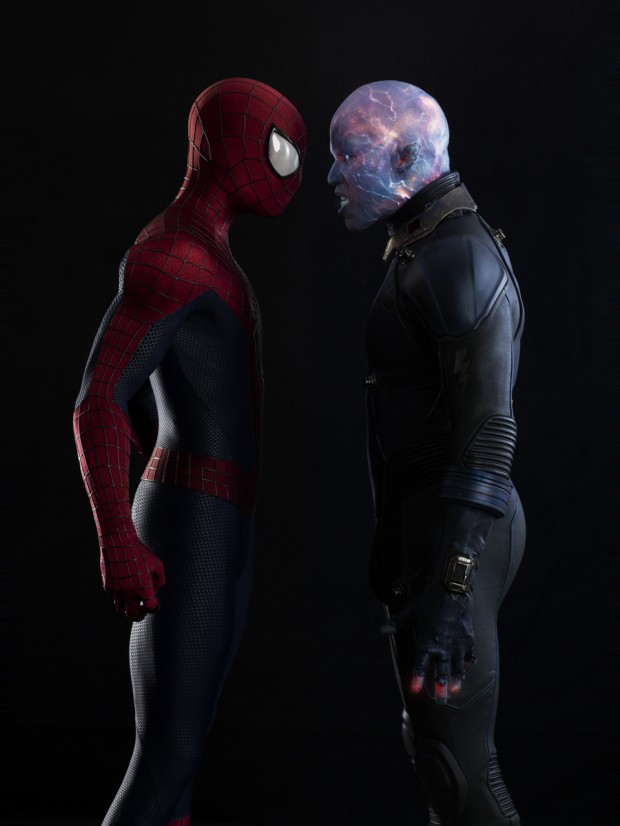 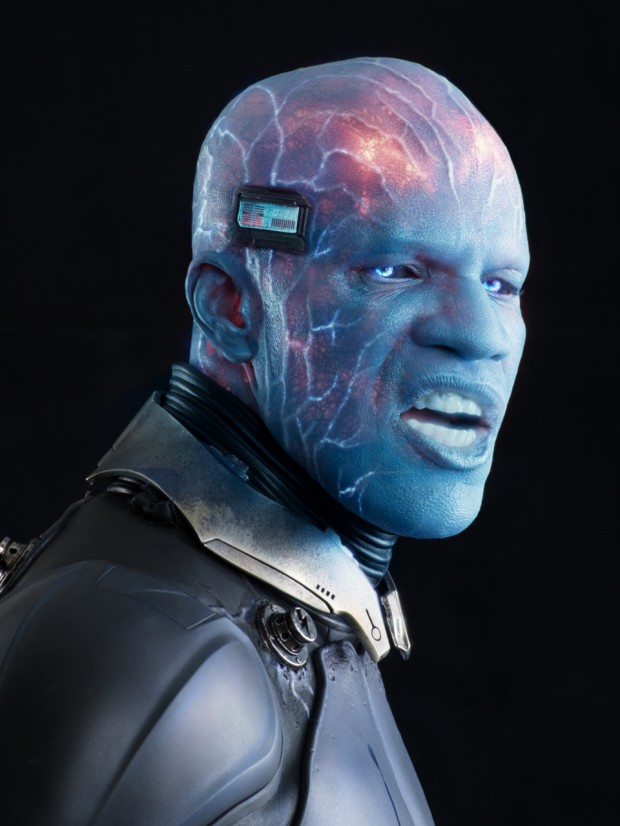 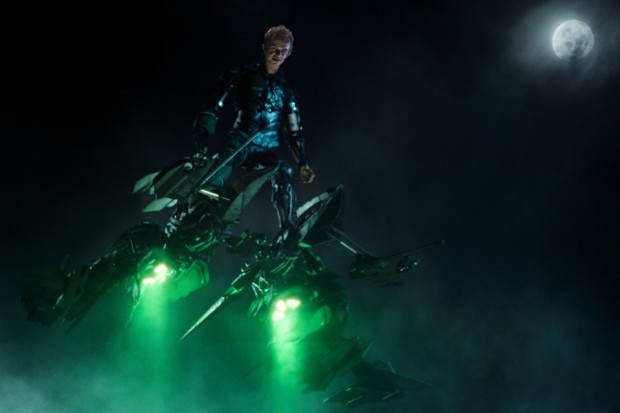 The Amazing Spider-Man 2 swings into theaters this weekend amid extremely high expectations. The film, directed by Marc Webb, opens in some 4,300 theaters and is forecast to gross around $95 million, which would far surpass the $62 million opening weekend for the first film in the series in 2012.

Based on the Marvel Comics character created in 1962 by Stan Lee and Steve Ditko, Sony/Columbia’s The Amazing Spider-Man 2 takes many of its cues from the comic book world. With Andrew Garfield reprising his role as Peter Parker and Spider-Man and Emma Stone as his brainy sweetheart Gwen Stacy; it also features classic villains like Electro, played by Jamie Foxx; the Green Goblin, played by Dane DeHaan; and the Rhino, played by Paul Giamatti.

With comic-book movies now a well-established part of summer moviegoing, capitalizing on a character with the broad appeal of Spider-Man requires lots of spectacle — digital spectacle, most of it animated in some form or another.

Sony Pictures Imageworks’ Dave Schaub is a veteran of the Spider-Man franchise, having split animation supervisor duties on The Amazing Spider-Man and swinging solo on the sequel. The friendly neighborhood wallcrawler is digital and animated most of the time he’s in aerial action — swinging on his weblines though the caverns of New York City and protecting people from his very dangerous enemies.

The real challenge with the character from an animation perspective was to make him move as real as possible by applying real-world physics to every shot, Schaub says.

“It really, I think, gave it an extra level of believability, and that was really the guideline this time around: just to really pull out the stops and see where we could take it,” Schaub says.

Proper application of gravity is the best example, he says. “When he jumps off a building, he free falls with gravity in a way that makes sense because gravity is gravity,” he says. There’s a temptation often for filmmakers to try to amplify a scene by speeding it up in postproduction. “Marc Webb and the editor this are keenly sensitive to all that, so we are all very much on the same page and realizing that if you start cheating things, suddenly it takes the audience out of the moment because something isn’t quite right. We’ve been really hell-bent on making the physics right, so if he’s swinging on the web and he releases, he doesn’t have a Wile E. Coyote moment, he’s not flying, gravity needs to kick in and when it does it’s a really specific acceleration defined by physics.”

Schaub says the team on this movie would use simulations in a program they called “Doctor Gravity” to check the physics. But educating animators is the most effective way to get good results. As such, he runs a class called “Physics for Animators” that eschews a lot of math for a more visual approach.

But physics alone isn’t always enough for a super hero, who has to look good as he swings and fights his way through the city. The comic books were a constant source of inspiration and reference, especially for researching Spider-Man’s iconic poses and incorporating them into the animation. “We want to make sure that every frame has an interesting-looking pose and that everything about it looks like Spider-Man and that any frame you grab could ideally be a movie poster,” he says.

Those poses can’t be hit gratuitously, though, and the animators referred frequently to extensive footage shot of stunt performer William Spencer doing Spider-Man moves on wires. “I knew it backwards and forwards and the leads were always referencing this stuff so that for any particular action we knew we had some little bit of reference to pull out a nuance that we wouldn’t have off the top of our head or through the minds of the animators,” she says.

For Electro, whose body glows with a swarm of electric energy, all the close-up shots were based on Foxx’s performance. “We did a soft track on his face so that it’s really the Jamie Foxx photography for all the close up work and then animators literally tracked to a high level of finesse the movement of the face, so that when effects were applied downstream we’d get the skin and all the vein detail on the surface — and under the surface as well — so that stuff was sliding over the internal structure.” That took a team of animators working around the clock to get done accurately enough that the effects’ teams work on the glow and electricity would be properly registered.

The Green Goblin also had a CG double that turned out so well that director Webb was able to cut from footage of DeHaan in costume to the digital version without it being in any way noticeable, says Schaub. “It’s something going in we didn’t really know how extensive it would be used, so we built it to a high level of fidelity and thinking still that we’re probably still only going to use him as a stunt double. … But even when we pulled back, the rig held up really well and we realized we could swap him in just about anywhere.”

The Rhino was a character whose design changed through the process of trying to animate it, Shaub says. The first designs of the Rhino-like rig he uses looked less-than-menacing when animated, prompting revisions to give the character the necessary gravitas. “We realized we needed to make the legs more substantial and just kind of massaged the design into being through a process of animation and ended up with something Marc really liked.”

For more on the VFX of The Amazing Spider-Man 2, be sure to check out the next issue of Animation Magazine, on sale May 30!