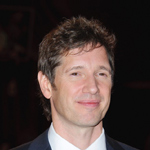 Great disasters have long been popular settings for moviemaker looking to tell human and even intimate stories, and Pompeii certainly follows in that tradition.

The film, released today by Sony/TriStar Pictures, stars Game of Thrones‘ Kit Harington and Emily Browning of Sucker Punch as star-crossed lovers from opposite sides of the proverbial tracks whose struggles for freedom run afoul of a nasty Roman senator played by Kiefer Sutherland and one bad-ass volcano that goes by the name Vesuvius.

Students of history will remember Pompeii as a real city in ancient Roman times that was completely destroyed when Vesuvius erupted in 79 A.D. The ash and pumice of the eruption preserved the city until its excavation and rediscovery in the 18th century.

As such, the movie’s love story plays out against a spectacular backdrop brought to life with some 500 visual effects shots supervised by Dennis Berardi and executed by Mister X, Scanline VFX, Soho VFX, Spin VFX and Rocket Science VFX for director Paul W.S. Anderson.

Animation Magazine caught up with Anderson, whose credits include the Resident Evil franchise, AVP: Aliens vs. Predator and The Three Musketeers, for a quick chat from London about the film’s effects.

Animag: How did you approach conceiving the effects for Pompeii?

Anderson: One of the things I wanted to do was make the shots as realistic or as photo-real as possible and to that end a lot of the visual effects shots in the movie are based on real photography. For example, all of the helicopter shots you’ll see of Pompeii in the movie are real helicopter shots of the ruins of Pompeii with then a CG city projected over the top of them. What we get from the original photography is that you know the actual layout of the city, the widths of the roads, the orientation of the buildings is all exactly as it really was in Pompeii. And then also you get all the fantastic imperfections that real photography gives you. When things are fully CG, sometimes audiences bump on them because they are too perfect. 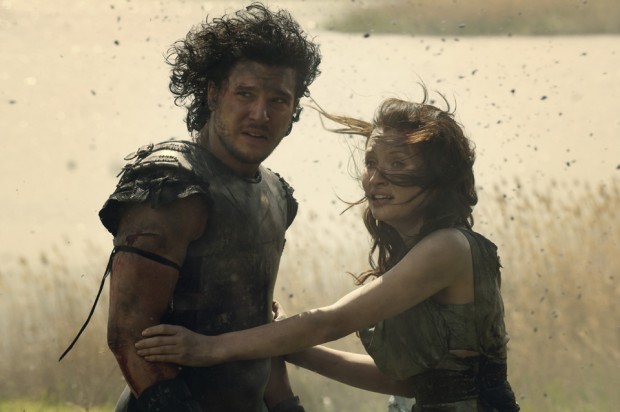 Animag: How much research did you do into making the effects in the movie historically and scientifically accurate?

Anderson: We worked with historical advisors and also volcanologists to get as accurate a portrayal as we could of what we felt had really happened in Pompeii. And then in terms of how the volcano looked for the pyroclastic surge, we took a lot of reference from real volcanic events that have occurred over the last 15 years. There’s actually been quite a big spike in the amount of volcanic events in the last 15 years and a lot of it’s been captured on film, whether it’s the eruption in Iceland or the eruptions in Japan, and we used that as reference.

Animag: How much animation is there in the movie and how extensive was the use of digital characters?

Anderson: There’s a huge amount of crowd characters, but rather than going the traditional digital crowd creation, what we did was we based an awful lot on motion-capture sessions so that you’re not relying on the computer to randomize your crowd and relying on a computer to create human movement. We did a lot of motion-capture sessions where we would record people doing what we wanted the extras to do. Some of the huge crowd scenes are very individualized, the movements of all the people in the crowd and I think that certainly adds to the reality.

Animag: What effects sequences are you most pleased with in the film?

Anderson: The pyroclastic surge at the end, where the mountain finally destroys Pompeii once and for all, I think is both very impressive but it’s also very beautiful. And just from a technical standpoint, the sequence where Kit Harington chases Kiefer Sutherland and Kiefer’s on a chariot, and the chase scene through Pompeii as it’s falling apart. Technically it was a huge challenge. Dennis Berardi, our visual-effects supervisor, he was very clear. He said: “You really have to shoot that footage in the first week of principal photography, and then you have to have it edited and turned over by the second week of principal photography and you have to not change your mind about the shots because otherwise I’ll never be able to deliver it for the release of the film.” And that’s exactly what we did.