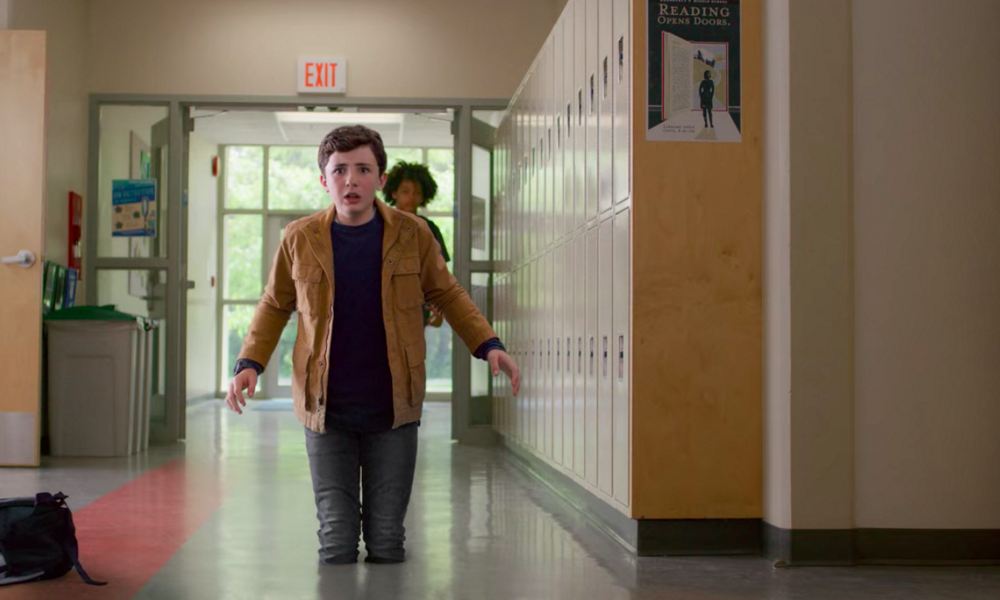 The new Netflix comedy series The Healing Powers of Dude, an emotional support dog helps an 11-year-old Noah (played by actor Jace Chapman) with social anxiety disorder deal with the daily challenges of his life. The show, which is created and exec produced by Erica Spates and Sam Littenberg-Weisberg, makes clever use of visual effects to illustrate how Noah sees the world and how his anxieties alter the reality around him.

“When we were creating this world, we thought about our friends, and both kids and adults who deal with disabilities,” says Spates (Victorious). “On the show, our character Amara, who is played by Sophie Kim, uses a wheelchair, and she is very confident, while Noah doesn’t seem to have any disabilities on the surface, but he has tremendous anxiety all the time. We wanted to visualize what was going on in his head, because we didn’t want to show a kid looking nervous all the time. We wanted to come up with creative ways to depict what was happening in his head.”

That’s why the writer-producers incorporate clever visuals such as Noah’s head ballooning to an abnormal size or being surrounded by zombies in a video game throughout the show’s eight-episode first season. “We had a lot of discussions about whether to use CG or practical effects through the show, and one thing we had to consider was that we didn’t have a lot of time, and had to work with child actors,” says Littenberg-Weisberg. “We wanted to make every anxiety fantasy feel different. For example, we wanted a cartoony look for the episode where Noah’s head blows up look a balloon or another one where the floor changes into a quicksand had to feel more realistic, so we used more practical effects and lowered a platform in a hallway to visualize the sequence.” 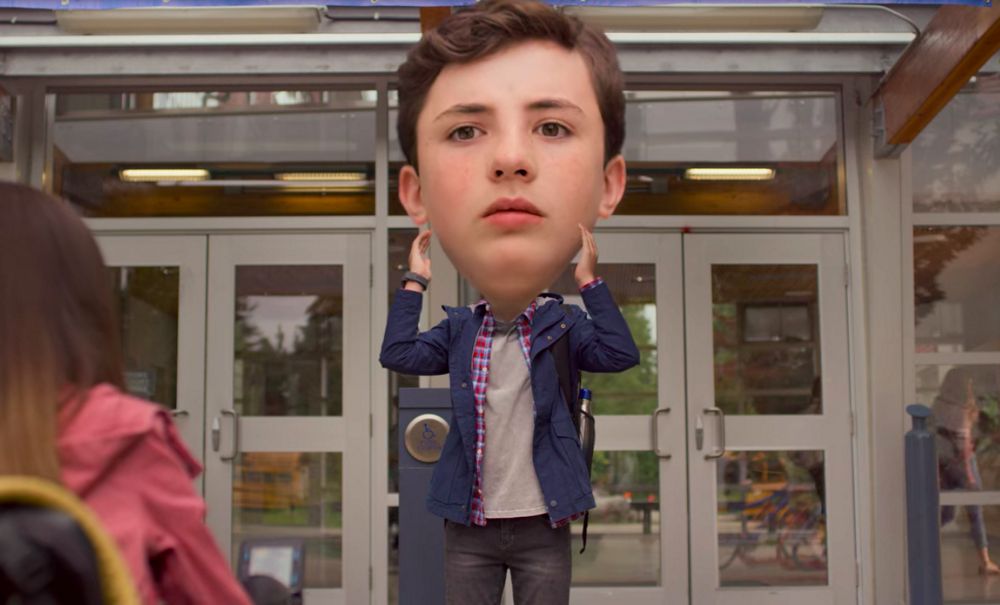 The show’s VFX was handled by Company of Science and Art (CoSA), which has locations both in North Hollywood and Vancouver, where the series was shot, under the direction of VFX supervisor Michael Adkisson (Vancouver) and Christopher Lance and Serena DeLeon (L.A.). “Our needs for each episode varied, but the CoSA team were fantastic about giving us the best and most economical solution for each episode … One of the most challenging sequences was the quicksand scene, where we had to create ripple effects on a normal floor,” recalls Littenberg-Weisberg. “We did most of the 2D elements in Vancouver and had to create the CG 3D visuals in Los Angeles. Our budget was about $300,000 per episode, but the Vancouver house was really helpful in telling us how to create the shots for the right amount of money.” 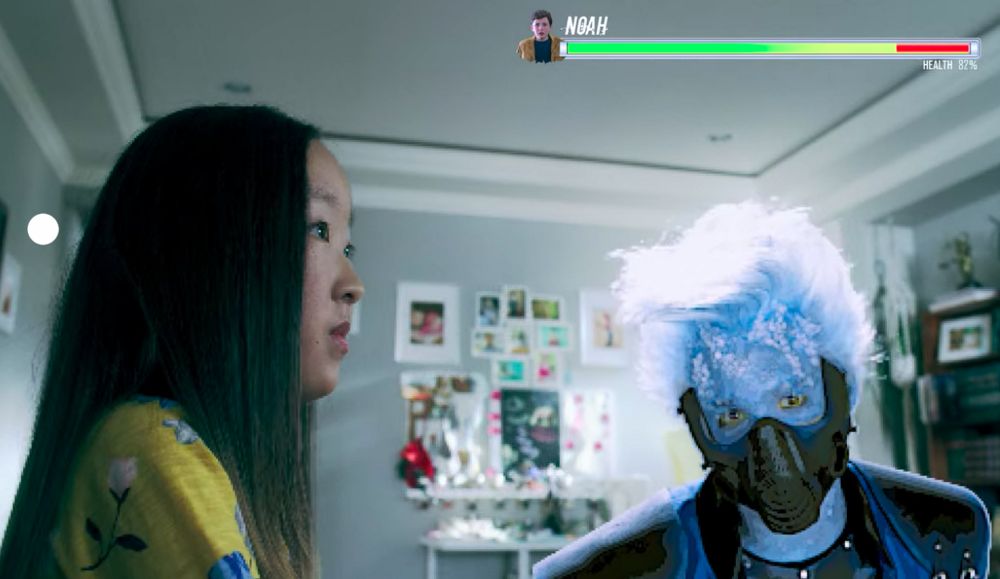 Spates says it definitely helps when the team plans out their visual strategy and step-by-step approach to creating the effects in advance. “You definitely need to have a detailed plan going in, even before storyboarding it,” she offers. “Visual effects added so much to our show, and allowed kids to be more excited and involved with the storylines.”

The producers mention that the show has opened up a floodgate of support and positive feedback from both parents and their kids. “This has been such a personal story for Sam, because he dealt with social anxiety himself. Viewers told us that the show has helped them communicate how they were feeling. They said that they don’t feel like they’re the only ones dealing with this issue. Older audiences tell us that they wish the show had been around when they were young. It has also been wonderful to be able to have an actress like Sophie Kim on our show, who is someone who is in a wheelchair. It’s so important to have representation and be able to show a great, supportive friendship between the characters on the show.”

The first season of The Healing Powers of Dude is currently streaming on Netflix. 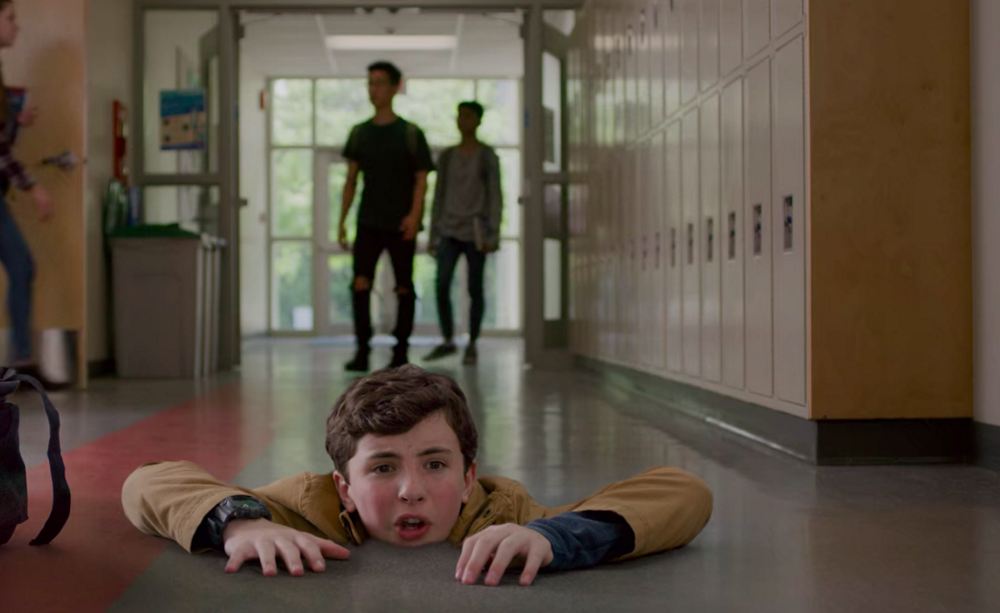