London-based software developer The Foundry has revealed that DreamWorks Animation has incorporated FLIX into its pre-production process. The visual story development tool will be used for upcoming feature and TV projects at the studio.

FLIX is a web-based tool full of features that allow artists to find better, faster ways to draw and share storyboard panels. Studios can use this tool to save time in preproduction by bringing editorial, pre-viz and even lighting into the process earlier on.

“FLIX has been an essential tool in streamlining our story workflow process, bringing it into the digital realm,” says DWA writer, animator and director Jill Culton. “We are now able to easily drop in or reorder storyboards, reducing time-consuming manual tasks that used to take us out of the creative flow.”

Culton, who made her directorial debut with Sony’s Open Season, is currently writing and directing a film about a young girl and a Yeti for DWA with the working title Everest.

Originally developed as an in-house solution at Sony Pictures Imageworks in 2008, FLIX has been used in high profile projects like Cloudy with a Chance of Meatballs 2 and Hotel Transylvania. The program has also been picked up by other major studios like Warner Bros. Animation. 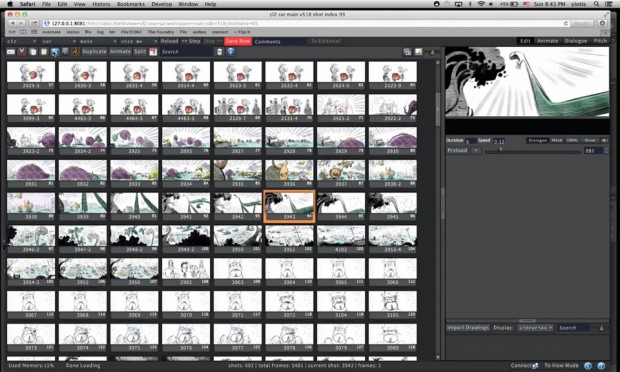