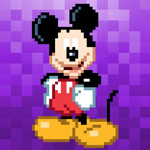 Disney Interactive has launched a new app for creating original and Disney-themed pixel art and animation for iPhone, iPad and iPod Touch. The free app, which is called Disney Pixel’d is available on the App Store this week (itunes.com/apps/pixeld). Users can create one-of-a-kind pixel art that literally pops as you make it, and then bring that artwork to life with an easy frame-by-frame animation tool. It will offer regular content updates and in-app purchases for expanded sets of Disney character art and fill. The product was developed internally at Disney Interactive by the makers of the award-winning online creativity destination Create on Disney.com, whose guests have produced more than 16 million pieces of original artwork since its launch in August 2009.

“In keeping with Disney’s rich tradition of storytelling, the Disney PIXEL’D app allows Guests to create their own Disney stories through pixel art,” said Mark L. Walker, Senior Vice President, Disney Interactive Entertainment. “And now our users can create and share this uniquely Disney experience wherever they are through their mobile devices.”

The apps key features include 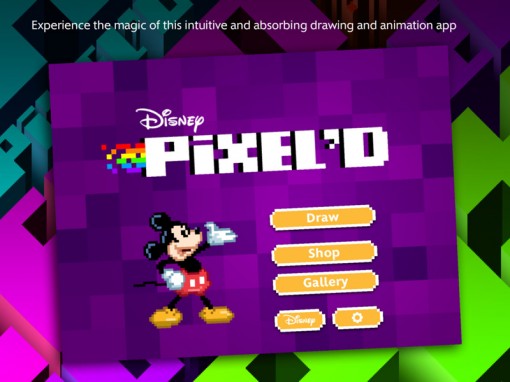 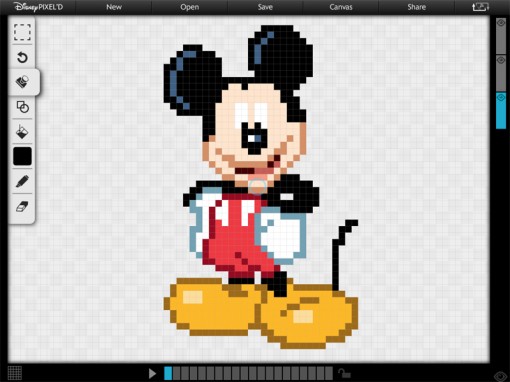