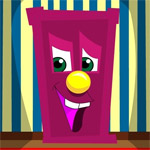 Disney animator Dan Lund has just launched a great new app that will bring smiles to anyone who enjoys those timeless knock knock jokes. The new Knock Knock app for iPads and iPhones lets kids interact with a cast of characters through a series of voice activated knock knock jokes, complete with animated punch lines. Ideal for a month of road trips and family vacations, children will love interacting with these new friends either all on their own or by sharing the fun in a group setting.

Lund is an acclaimed Annie Award-winning animator whose credits include classics such as Beauty and the Beast, Aladdin, The Lion King, Winnie the Poo and Princess and the Frog as well as the upcoming feature Frozen. His inspiration for Knock Knock came from a Christmas visit with his niece and nephew who inundated him with the jokes for the entire trip. He couldn’t believe how much fun they had telling these silly jokes for hours on end. Realizing this must be a right of passage that every kid experiences, he then set out to celebrate this charming touch stone in the growing up process by creating the best developed app he could dream up.

Each volume of jokes is hosted by “Knock Knock” and along with his gang, The Who’s There Doors, the player is lead through a series of 60 interactive jokes fully animated and voiced by top artists from the world of family entertainment.

“I treated this app idea the way any Disney film is treated,” says Lund. “We are creating a world that folks want to be part of with characters that are taken to heart and enjoyed over and over again”.

The Knock Knock creative team includes app developer Arno Kroner and a who’s who of voice talent featuring among many, Lund’s a long time creative collaborator John Tucker. Tucker’s work at Disney started in 1961 and included working with Walt himself. He also contributed to the classics Scooby Doo, The Smurfs and The Flintstones. 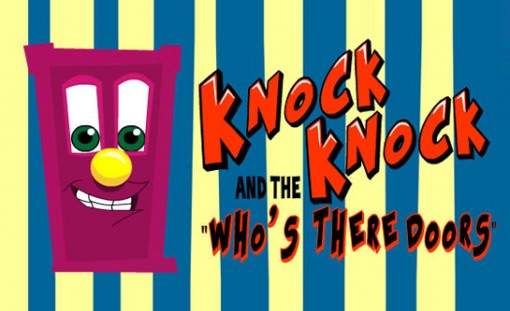 Lund hopes this app encourages a new trend of sharing and connectivity and as we all know, things are always better when there is a good Knock Knock joke involved! Knock Knock Volume 1 and Volume 2 are available now in the iTunes app store for iPhone and iPad priced at $.99 each. Knock Knock Christmas, Halloween and pirate themed volumes are also in the works.