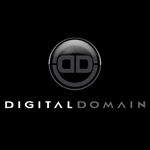 In-Three is the developer of a process called Dimensionalization that converts 2D movies into stereo 3D.

The company will be based in Florida.

Digital Domain Holdings CEO John Textor said, “In-Three has been a pioneer in the research and development of stereoscopic technology. This partnership adds large scale production to In-Three’s world class technology, while creating new jobs in the state of Florida.”

“For over 10 years we have been intensely focused on bringing rich and immersive 3D images to the screen,” said Neil Feldman, In-Three CEO. “We are excited to work with Digital Domain to deliver quality 3D stereo entertainment experiences for today’s audiences.”

“3D stereo movies exploded on the market this year,” added Digital Domain CEO Cliff Plumer.  “Alice in Wonderland was a visually amazing 3D immersive experience, and TRON: Legacy will end the year with another dazzling 3D entertainment event. I have known Neil and the talented artists and technologists at In-Three for a long time. We will collaborate to provide the highest quality 3D stereo solutions to filmmakers.”

The In-Three team will be based out of Digital Domain Holdings’ headquarters in Port St. Lucie, Florida.