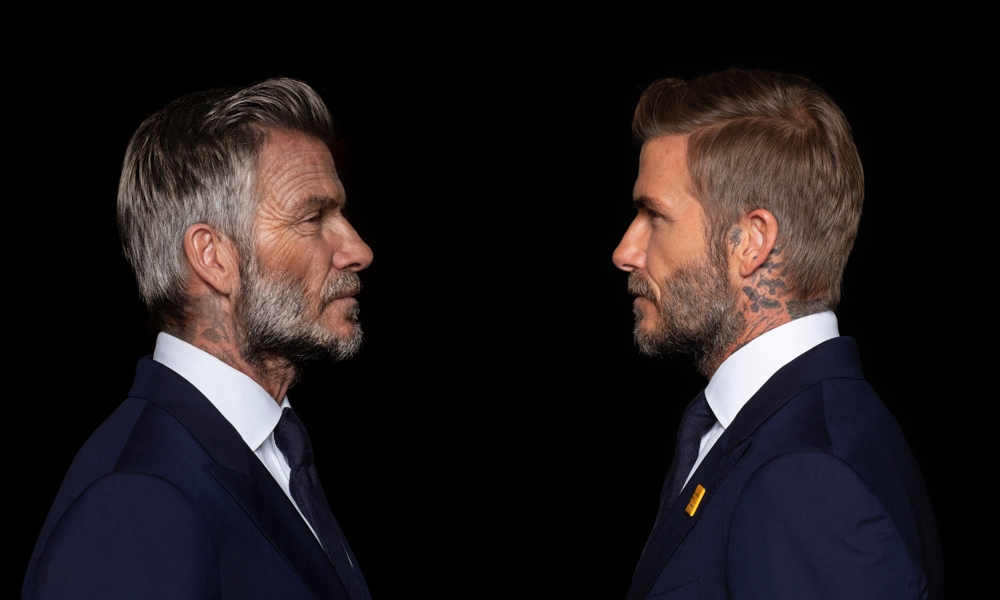 Digital Domain recently revealed how they added decades to David Beckham’s face for the new short Malaria Must Die – So Millions Can Live, produced by RSA Films Amsterdam. Using a combination of traditional VFX techniques and its proprietary face-swapping technology, “Charlatan,” Digital Domain was able to take Beckham deep into the future without a 3D scan.

In the short, an older Beckham is making a speech on the day malaria has ended, sending a message of hope from years down the line. As he speaks, the years fall away, leaving the Beckham of today to make this final plea – a malaria-free future is possible in our lifetimes, but only if we keep up the fight.

To deliver this transformation, Digital Domain received performance clips of both Beckham and an older stand-in delivering the speech. These reference materials were then fed into Charlatan, a technology that uses machine learning and video footage to produce realistic digidoubles. Because Charlatan is non-invasive, the system could be completely trained through principal photography, allowing Beckham to film his scenes without an intensive data capture shoot. 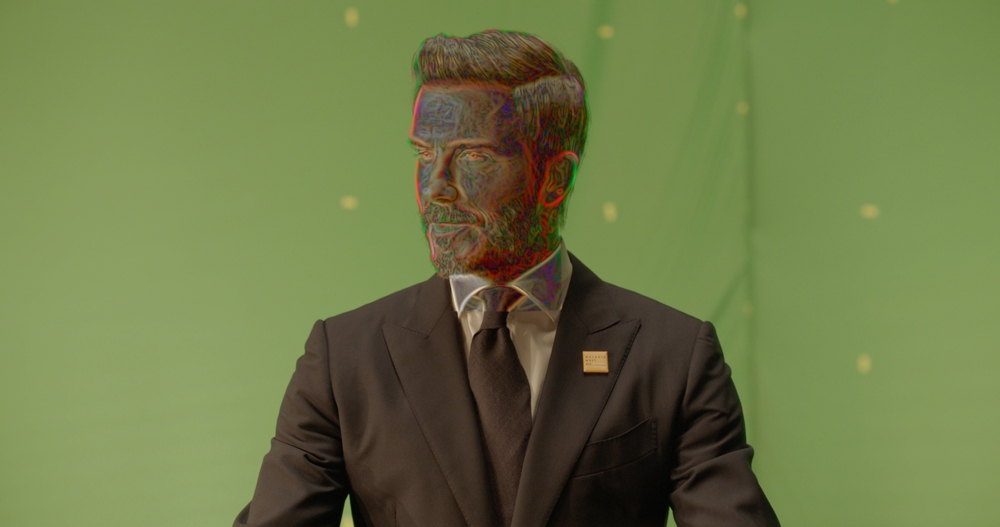 To give artists a running start, Charlatan intelligently merged the performances of current-day Beckham and an older stand-in to automatically project what an older Beckham would look like giving the same speech. Through this process, key age characteristics like skin motion and specific wrinkles were woven into the likeness, while keeping all of Beckham’s unique attributes. This shaved months of sculpting time off the process and helped the team have a natural-looking nose, laugh lines and other hard-to-animate features nearly finished before the traditional techniques came into play.

“As an artist, what you are really looking for is control. Details matter when it comes to faces, especially when your subject is known all over the world,” said Dan Bartolucci, VFX supervisor at Digital Domain. “It became clear that blending attributes from an older face was going to give our team the nuances they needed. To facilitate this, we looked to Digital Domain’s in-house R&D team, Digital Humans Group, who have a long history of creating tools that push the boundaries of facial realism. They came through yet again, inventing a process that is the perfect blend of technology and artistry.” 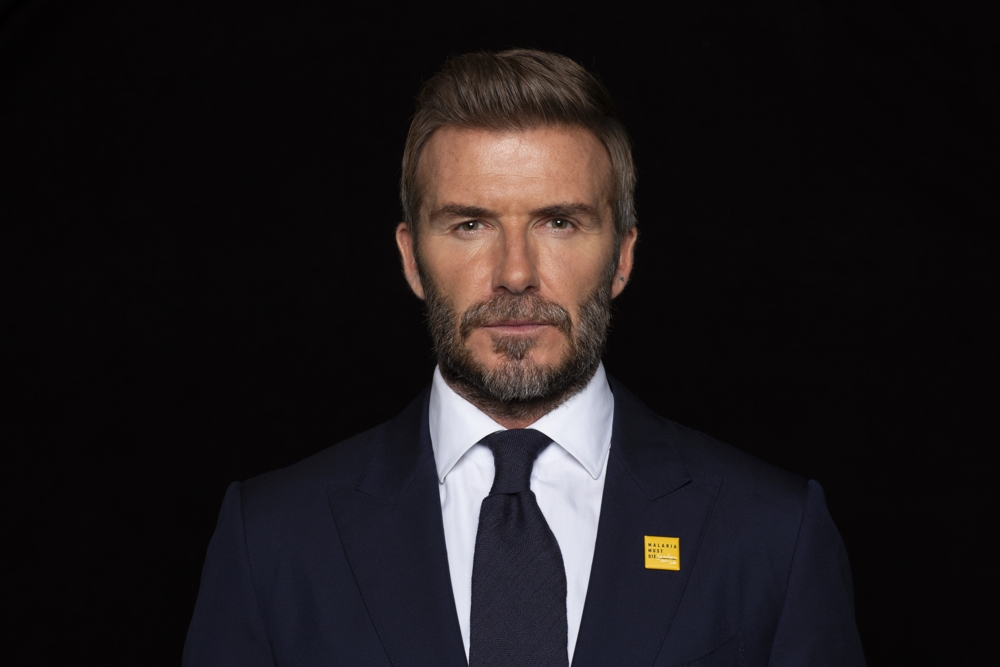 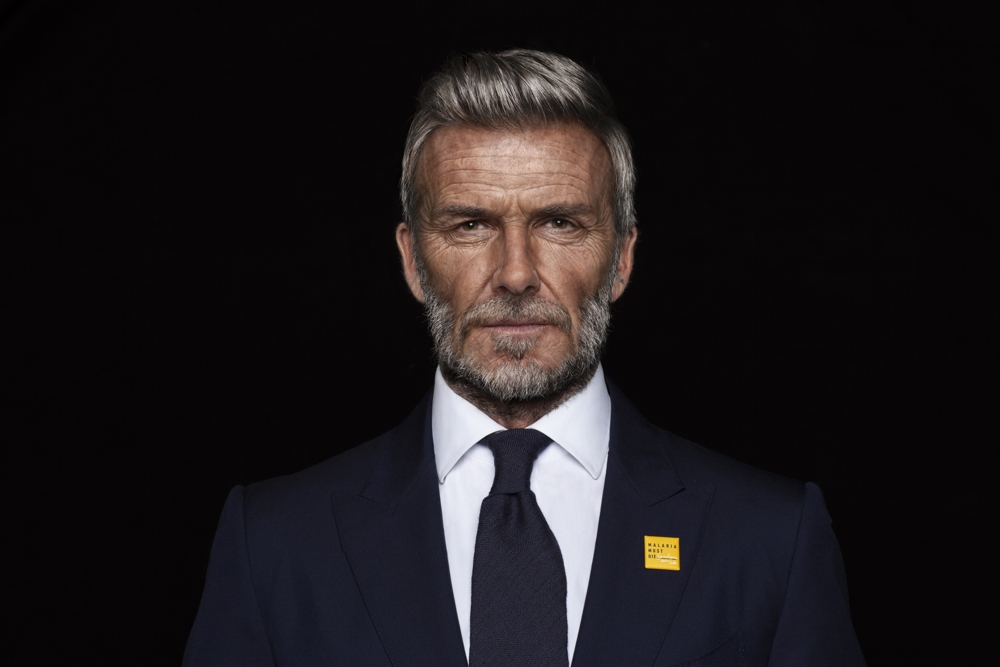 With a high-res base to work from, artists began applying a human touch to the face, defining key parts of the aging process with the help of traditional techniques, like matte painting and compositing. As aging cues are highly subjective, artists needed full rein over the hair, skin and beard to create a believable transformation. Unlike most methods, though, the team didn’t have to create a single bit of 3D geometry to do it, helping them turn out a final asset in under eight weeks.

“We all knew this was an ambitious project. Nailing the inimitable detail for David Beckham’s older look was critical,” said Ross Plummer, managing director of Ridley Scott Creative Group. “What Digital Domain has created is world class and captivating. We needed that ‘wow’ factor to break through the noise.”

This film is the next phase of the Malaria Must Die campaign, which is working to drive global awareness around the iconic mission of ending the world’s oldest and deadliest disease. The campaign has already received worldwide attention and reached over two billion people with previous campaigns featuring Beckham, using video synthesis technology to speak nine languages and a glass box surrounded by thousands of mosquitoes.

Beckham, a founding member of the Malaria No More UK Leadership Council, said, “I’ve worked with Malaria No More UK for over a decade and their campaigns always use great innovation and creativity to attract attention to the issue of this disease. It was really interesting working with the teams at Digital Domain and Ridley Scott Creative Group, using tech in a meaningful way to highlight and raise awareness for such an important cause.” 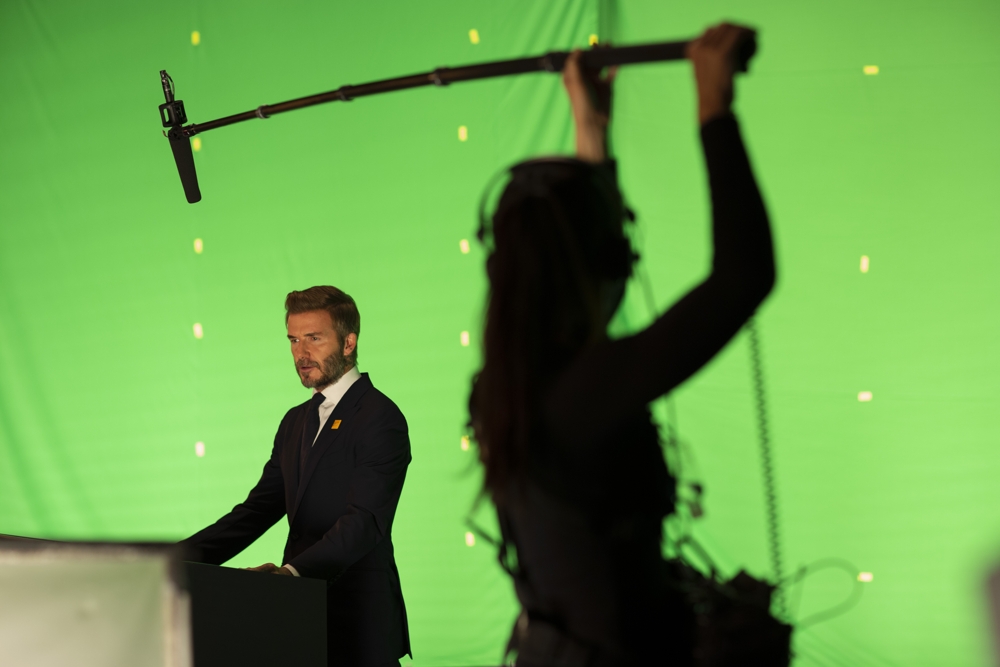 The global coalition campaign is asking everyone to share the film far and wide on social media in an effort to persuade leaders to remain committed to delivering a safer, malaria-free world.

“In visual effects, we often get to create remarkable, memorable images, but we rarely get to apply our craft to such a noteworthy cause,” said John Fragomeni, global VFX president at Digital Domain. “We feel honored we were able to contribute to this project and help advance a story that needs to be told.”

“This year’s message needed to cut through more than ever, as we face the prospect of losing so much hard-won progress in the fight against malaria,” said Kate Wills, global communications & partnerships, Malaria No More UK. “The Malaria Must Die campaign has a tradition of blending world-leading technology with iconic storytelling. Bringing together the creative talent of Ridley Scott Creative Group and Digital Domain, we hope we will help save millions of lives and deliver a message of hope, reminding the world of what we are capable of achieving when we unite to fight diseases.”

Learn more about the campaign at www.malarianomore.org.uk