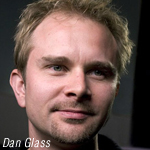 The merge is intended to create a single studio that can offer a broad range of services for feature films, TV and commercials with an integrated workflow across mulitple locations. Deluxe acquired Method in December.

The company has appointed Dan Glass as executive VP at the new Method. Glass, who served as an independent senior visual effects supervisor on the recently released Terrence Malick Palme d’Or winner The Tree of Life. “All of us at Method Studios are excited about the opportunity to build on our groups’ reputation of delivering creative excellence,” says Glass. “Our success in cultivating strong relationships and collaborating with film studios, directors and advertising agencies, is born from a dedication to offer smart, cutting-edge solutions and above all well-crafted work.”

Paul Ryan, formally chief technology officer at Weta Digital, has been brought on by Glass to act as the new VP of technology. “We are incorporating the best ideas and tools for digital connectivity to enable seamless workflows,” says Ryan. “As a group, we can comfortably take on large and complex jobs by drawing on the expertise across all of our facilities. In addition, each individual studio is self-sufficient enough to be agile and able to adapt quickly to the special needs of local projects.”

With facilities in Los Angeles, Vancouver, New York and London, Method Studios’ global network connects an expanded wealth of technical and artistic talent. While each studio is self-sufficient, a strategic workflow allows projects to be shared across the group thus maximizing production efficiency. The international structure of the company also benefits clients by way of tax incentives and credits.

Dennis Hoffman, senior VP, will oversee daily operations at the Vancouver facility and Drew Jones continues in his role as VP of features based in the London office. Gabby Gourrier remains as VP of production in Los Angeles and Jay Lichtman heads up the New York team as executive producer.