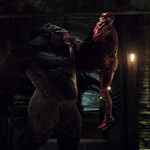 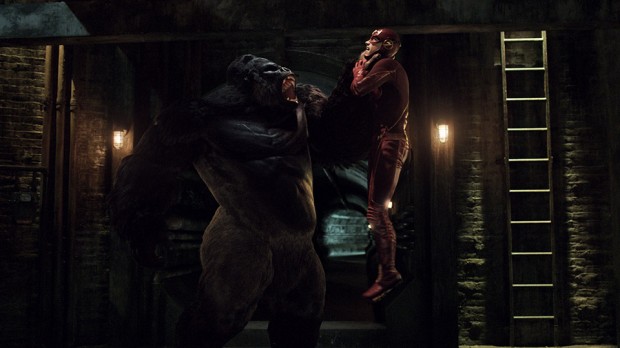 How the VFX supervisor of Supergirl, The Flash and DC’s Legends of Tomorrow delivers weekly otherworldly shots for The CW.

This fall, when The CW premieres new episodes of its hugely popular series Supergirl, The Flash and its spinoff DC’s Legends of Tomorrow, fans can look forward to more visually dynamic, movie-quality special effects.

The die-hard viewers of these action-packed live-action shows have come to expect beautifully rendered visuals and fantastic effects on a weekly basis. So it’s up to visual effects supervisor Armen Kevorkian and his team of talented artists and designers to keep the visuals popping and ready to go on a weekly basis.

Kevorkian, who is the executive creative director at Hollywood-based Deluxe’s Encore VFX, has the superheroic task of delivering about 120 VFX shots per episode for each show. Along with his team of 130 artists and support staff, the VFX supervisor often finds himself racing against time to produce the demanding shots each one of the comic-book-based series demands.

“We usually have about three weeks to finish every episode,” says Kevorkian, who got his first break working on Star Trek: Voyager and Enterprise. “It was a big of a challenge in the beginning, but when you find out what the scripts are like ahead of time, and have more time to work on the demanding special effects, then you feel that there’s always a way to accomplish those tasks.”

Since all three shows are shot in Vancouver, it is crucial for the team at Encore to be in constant communication with the series’ exec producers to get all the last-minute changes and details for the weekly episodes. “They tell us about the episodes’ villains or scenarios that demand a lot of effects, and I’ll give them visuals of what I think something should look like,” Kevorkian says. “There’s a lot of back and forth, but they’ve give me some freedom to just experiment before I show they anything.”

Early discussions about the CG characters such as Gorilla Grodd or King Shark for The Flash, for example help the VFX team get a head start on the special visuals. The team knew, for example, that season two premiere of Supergirl, for example, was going to be especially demanding. “I can tell you that we did around 160 VFX shots for that one show, because Superman (Tyler Hoechlin) shows up, and he joins forces with Supergirl (Melissa Benoist) to save the Earth!” (We did press him for more details, but that is all the tight-lipped pro was able to tell us before the show airs on The CW.)

The 2016-17 season also will offer crossover episodes, in which we see characters from The Flash, Arrow and Legends of Tomorrow, as well as a musical crossover outing between Flash and Supergirl. In addition, characters such as Miss Martian, Mon-El and Metallo will be showing up in the second season of Supergirl.

Meanwhile, the third season of The Flash will center on the Flashpoint timeline after Barry (Grant Gustin) goes back in time to save his mother from Reverse-Flash. When Barry starts forgetting parts of his old life, the Reverse Flash (guest star Matt Letscher) taunts his nemesis and tells him that there will be serious repercussions for Barry and the ones he loves if he continues to live in this alternate universe. There should be all kinds of dazzling VFX in store for fans of Legends of Tomorrow as well as the show is introducing many new characters, including Arrow’s Oliver Queen (Stephen Arnell) and Dr. Nate Heywood (Nick Zano) looking for the heroes scattered in time.

As a true comic-book fan, Kevorkian says he often goes straight to the comic-book source material for the popular series to get a good feel for what each episode demands. “If we are going to feature a character that is well known in the comic universe, that’s the first place I go,” he says. “We want to find out what has been established before as well in the live-action version of that character. Then, we work with concept artists to come up with a version that fits in better with the real world.

Sometimes we have to abandon the comics, but just keep some aspect of it as a nod to what’s been established. I remember when I did the pilot for The Flash, my biggest fear was that the fans wouldn’t be happy. … But they have been so kind and the response to the shows have been mostly positive. This is very gratifying especially when sometimes the fans hate movies with $250 million budgets.”

When asked about this favorite VFX sequences, Kevorkian says he loves the CG sequences they get to create with Flash. “You read a few lines about Flash chasing zoom, and we have to come up with all the visual details. It’s all CG, so we get to create that in previz and show that to the exec producers. The same situation with Supergirl. … I loved what we were able to do on the pilot, where she uses her powers for the first time and saves the plane that goes through the bridge. For Legends of Tomorrow, we have a lot of  fun with The Atom. We have these episodes where he shrinks and gets inside the mainframe of a computer or goes inside a boy and swims in the blood stream … or he grows and becomes 500 feet tall and fights a giant robot — our TV-budgeted version of Pacific Rim. All of these shows give us many opportunities to use our imagination.”

As fun as the fantastic CG elements of each plotline may be, Kevorkian says some of the more challenging aspects of the job are creating effects that are not necessarily part of the superhero world. “You have to ground it in reality as much as you can so that viewers won’t even know that it’s CGI,” he explains. “A lot of the shots of Flash we see running in a city are not real. It’s about having viewers not realize that the city the superheroes are flying is all CG! Also, you have to remember that that sometimes a scene looks great even if doesn’t make sense scientifically. You would die if you did a lot of the things that the Flash does, but if it looks great, you’re going to believe it!”

When it comes to offering advice to those who want to pursue a career in the highly competitive VFX field, Kevorkian has a few important tips. “When I was out of film school and looking for a job, I got my internship by cold calling every studio in town,” he says. “That’s how I got my job working on Star Trek for Paramount. You have to be patient, be a sponge and absorb everything you can from those around you. You can never have a sense of entitlement. And remember that there is no one path. Don’t be afraid to create your own path.” Now that’s what you can call priceless advice from a man who oversees over 6,500 superheroic shots per season!