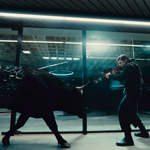 HBO’s acclaimed sci-fi series Westworld continues to deliver uncanny visuals from the futuristic wars between humans and their unhappy robots.

Filmmaker J.J. Abrams (Super 8) and his Bad Robot Productions company have relied on the expertise of Emmy-winning vfx supervisor Jay Worth on acclaimed projects such as Lost, Fringe, 11.22.63, Person of Interest and Westworld. The latter two shows have delved into the complicated and often frightening relationship between humans and technology. “Jonah and Lisa Joy are notorious for creating new things every time,” says Worth as he discusses the co-creators of HBO’s Westworld which centers on the android revolt at a luxury theme park (loosely based on Michael Crichton’s 1973 movie). “Neither of them rests on their laurels when it comes to design and new ideas.”

Whereas the Emmy-winning debut season was about establishing characters and involved de-aging Anthony Hopkins 30 years for flashback scenes and showing the mechanical innerworkings of the hosts, the sophomore outing expanded into Shogun World and The Raj as Dolores Abernathy (Evan Rachel Wood) mounts her violent revolt of revenge against humanity.

“Last season we were closer to 1500 to 1600 count for visual effects shots and this year we’re up to about to 2400,” notes Worth, who assembled a larger team on the production side to accommodate for the quicker turnaround and higher volume. “We did some world building in season one but had a lot more uniformity because it was shot in Utah. There were scenes in the Mesa with the arrivals terminal but those were just extending sets. This season we’re figuring out what this world looks like a bit more. Jonah and I have started to utilize visual effects in a more specific and targeted way— as with the with the tiger and robotic bull.”

A robotic bull needed to be unexpectantly produced for a Super Bowl ad promoting the second season. “They were going to have a real bull but about a week before the spot was to be aired Jonah comes around and says, ‘Why don’t we make it a robotic bull?’ I was like, ‘Dude, we’ve got a week!  How are we going to design, implement, and do all of that for this huge Super Bowl spot?’ The team at vfx house DNEG bounced the element around the world going from London to Singapore to Los Angeles from London to Singapore to Los Angeles; they were able to pull that entire sequence off adding the gorgeous inners of this robotic bull in under a week which is shocking and not a good precedent to set!”

A digital tiger was created by Rhythm & Hues which won an Oscar for creating the same animal in Life of Pi. “We wanted the tiger to look different than some of the other ones we’ve seen,” notes Worth. “We gave it a finer coat and a different texture. It’s not quite as fuzzy. We also increased the girth so to make it this heroic beast for what would be present in the park.”

Production designer Howard Cummings physically built Shogun World—the second season’s remarkable samurai play world. “We did some digital extensions on the sets as well as adding Mount Fuji where necessary to make it not feel so California,” remarks Worth. “The same thing with The Raj, as we accentuated nature in there to help make it not feel like California. We had to do some work on Shogun World because we shot with silk over the street to create a shadowed look from a lighting perspective.”

In the pilot episode production designer Nathan Crowley designed the underground headquarters with a series of glass walls. “You have no idea how many reflections removals we have!” laughs Worth. “Every inch of every frame is designed. Even out into nature we still have to remove every bit of civilization: telephone poles on horizons, tire tracks that aren’t suppose to be there, and contrails or planes in the sky. It’s amazing designing an entire world from a show perspective because there’s no place you can go and just point a camera.”

Hundreds of Squibs and Blood Elements

So, has anyone actually done a body count for the show? Jay Worth chuckles, “I’m sure that someone on Reddit has! We do squib actors, actresses and stunt performers on the day but for the most part it’s digitally enhanced. Thankfully, this year we were able to have a second unit special effects day where we did hundreds of squibs and blood elements. When I read the scripts for ‘Shogun World’ and saw how much unique blood elements were going to be necessary, I knew that we were going to need additional help.”

Then, there was that memorable killing scene! “For when the Shogun gets his head sliced off like a can opener, they built a large prosthetic for the actor to wear, so all we did was marry together some live-action stuff,” explains Worth. “His cheek needed some CG work. We worked closely with Justin Raleigh [special effects make-up designer] and Michael Lantieri [special effects supervisor] to figure out who did what. For the most part we try to do things practically.”

One of the keys to the second season storyline was the construction of a mysterious red host control unit known as a pearl.  “It was going to be this idea of a vibrating material that was going to use some magnetic energy,” remarks Worth. “Instead we went with these small sticks that were building it suspended using magnetic energy. These fractals would be built off of themselves and have some sort of bonding agent that manipulates and collapses in on itself.  That was a fun to create something that was visually memorable as well as telling this interesting story of how these little control units are built.”

Practical suits were constructed by the special make-up effects team for the faceless drone hosts which were digitally augmented to clean-up the seams. “For a completely malfunctioning host, like the Shogun in episode five of this season, we modified his performance slightly.  The same thing with the old host at the beginning of season one; Old Bill was modified considerably to give him an animatronic look.  Then there are overloaded hosts such as Bernard [Jeffrey Wright] and Peter Abernathy [Louis Herthum]. We didn’t touch much of Louis’ or Jeffrey’s Wright’s performances.”

Scenes in which Robert Ford (Anthony Hopkins) and Maeve freeze the hosts around them have become part of the visual language of the series.  “It took an extra level of brute force roto for all of the stuff that we did on the streets this year because we wanted to keep all of the fabric and hair moving,” remarks Worth. “An interesting thing is when we’re in cold storage and have hosts that are naked, they’re way better at being frozen than the ones with clothes on. I always tell the A.D.s to have the actors imagine themselves being naked and they’re much better at being frozen!”

The season two finale proved to be the hardest episode for the entire series. “I can’t talk about specifics but my goodness that thing is over 550 shots! Sometimes when you have 550 shots you’ve got a lot of shots that are not ‘real’ visual effects shots or more clean-up.  However, we have hundreds of challenging shots that involved 11 different vendors executing across a whole lot of different concepts, ideas and methodologies. I can’t wait for that one to get out into the world.”

You can watch the entire first two seasons (20 episodes) of Westworld on HBO. A third season of the show has been picked up by HBO for 2019. It’s also available on Amazon Prime, Hulu, Google Play and iTunes. 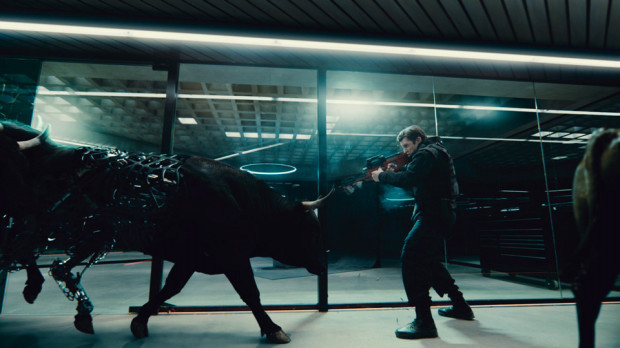 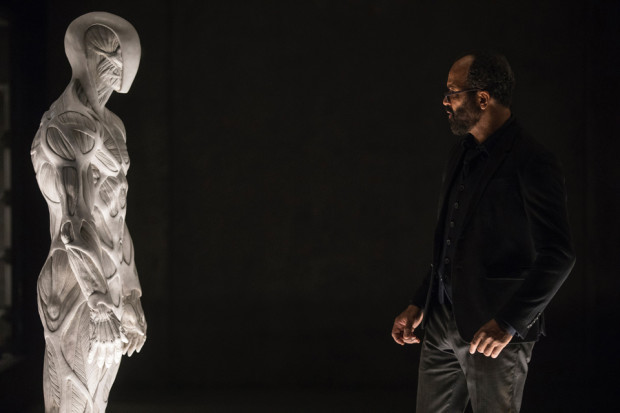 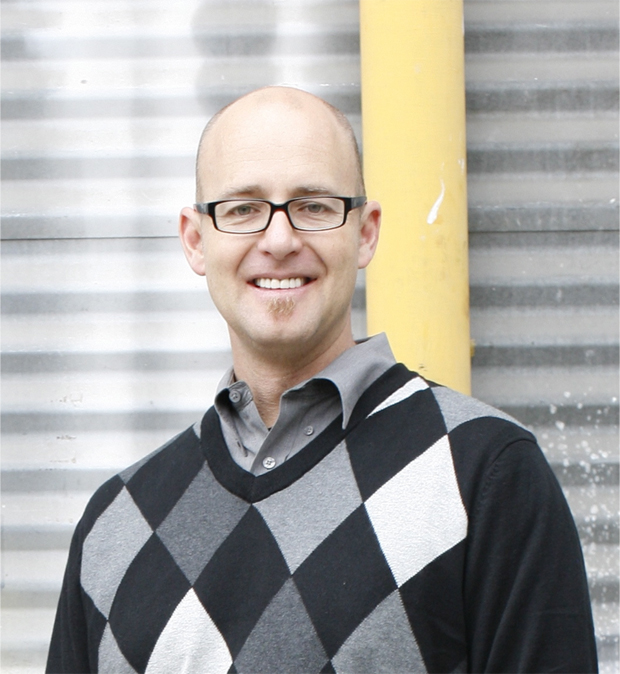 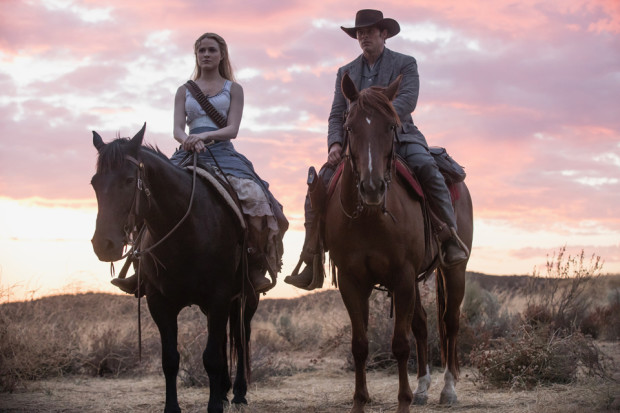 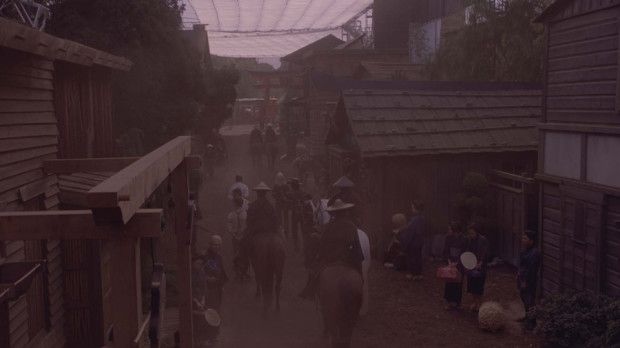 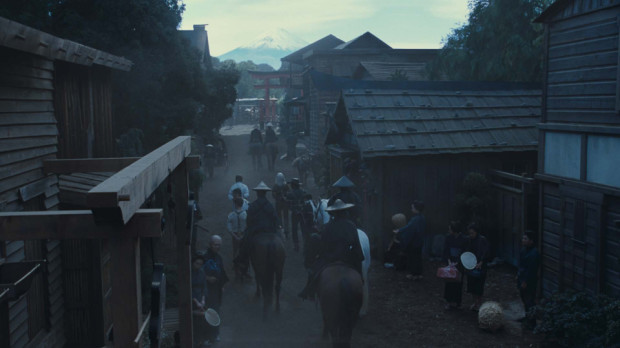 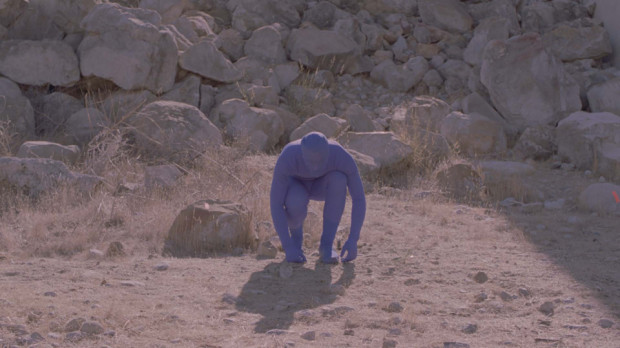 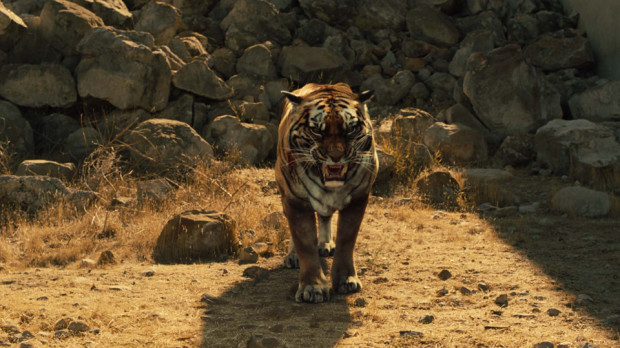 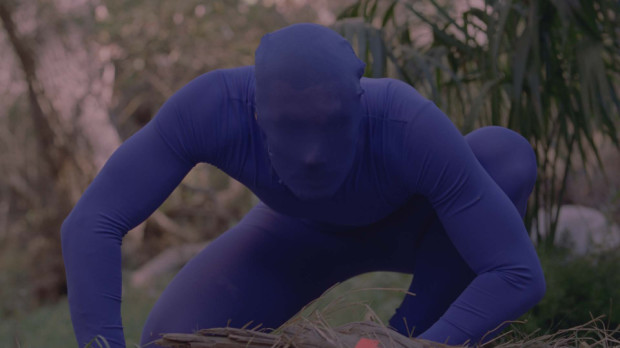