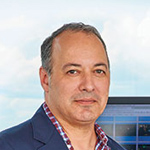 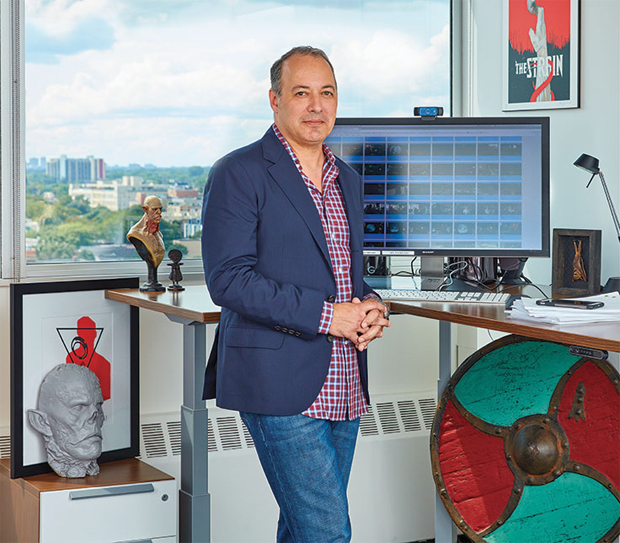 There are few directors who’ve loved monsters, creatures and ghosts in the way that Guillermo del Toro has loved them. As an auteur and cinephile himself, the Mexican helmer’s vision of these beings has carried on a legacy that stretches back as far as the history of film. With his latest release, The Shape of Water, del Toro gives us his own fascinating take on a kind of “fish man” who became popular in the 1950s and 1960s, with the help of Dennis Berardi, VFX supervisor and CEO of the elite VFX house Mr. X.

Berardi and the director became friends after working on a half-dozen projects with one another. And del Toro hinted at what he had in mind during one of their talks. “Guillermo and I did Crimson Peak together and that was an entire year of our lives together,” recalls Berardi. “While we were working, he said he was toying with an idea for a film. Then he sent me the script and I was absolutely blown away, because the leading man had to do things that I thought were beyond what an actor in a special effects makeup suit could do,” says Berardi. “He had to emote, he had to swim, he had special bioluminescent power, he had to exhibit unique properties like healing, and there was lots of screen time.”

Because the director had something very special in mind, he knew finances would be tight. During a live Facebook appearance, del Toro said his budget for the film was $19.5 million and that getting what he wanted on screen for that number was an exhausting journey that made him lose sleep and gain weight.

While Berardi and del Toro talked about the creature they would make together, they started to call him “Charlie” as an affectionate nickname and soon this being would come to take over all their discussions. “With Guillermo very early on he told me he wanted us to be able to make Charlie a full-frame, digitally animated character without compromise, whenever he asked for it,” says Berardi. “So, he needed to be able to have Doug Jones [the actor who played Charlie] in a suit and then cut next to a digital version of the character and have them exactly match shot to shot and in close up, and that was really rough.”

Berardi was excited by the challenge but immediately realized there were times when matching footage of the actor in the creature suit to a digitally rendered version of Charlie would be beyond most of what he’d done in his career.

“[Doug Jones] is a master performer at this stuff,” says Berardi. “As soon as he put on the suit he became this cross between a Matador and the Silver Surfer, which is just what Guillermo wanted.”

The phenomenal suit made by celebrated creature designer Mike Hill gave Jones an incredible tool, but Jones and del Toro wanted more subtle facial expressions in order to draw the audience into the actor’s performance. Luckily, Berardi had his own proprietary tool for just this kind of work.

Using the X Scan rig, Berardi captured all of the actor’s poses in the creature suit and then again without the suit. Over the course of eight full scanning sessions they focused closely on not just his body but also his face.

“After the scans, we mapped Doug’s performances as a real human onto the digital creature,” says Berardi. “Guillermo was very interested in that process. It was something we called facial rigging. And Guillermo would make notes on the technology and it paid huge dividends. He would say, ‘I like the brow furrow at level 2.’ He would work with the animators personally. He was here so often that we got him a parking space.”

All the technologies came together to make delicate performances possible. In one scene, Charlie encounters a cat, hisses at it and flares his gills. (The cat, of course, hisses back.) In the close-up, they kept the creature’s body but replaced his entire head with a rendered and composited version of the face that included the actor’s performance mapped onto the digital version of Charlie’s face.

Berardi soon understood after extensive talks about how ‘Charlie’ would appear on screen that there was a lot of water work in the story, and that the water would have to act as a player in the film, too.

“The opening shot of the film, which was two minutes long, is entirely in a water environment,” says Berardi. “We had shot reference in Georgian Bay, north of Toronto, because I’m a big believer in reference. We got an underwater photographer and we had him swim through various rocky underwater areas and got beautiful work.”

The reference work helped them get a sense of what they wanted but ultimately, del Toro wanted greater control over the look and feel of how the water would move and act as a character in the film.

“If you know anything about Guillermo, you know he’s an animator at heart,” says Berardi. “So we ended up animating everything in that sequence. He loves performance and he choreographs everything. He wanted the fish to swim by in a certain way and things to move in particular way, and even the bubbles had to move in time with the music the way he wanted.”

There were also so many smaller moments where digital water came into play. Any time you see Charlie in the capsule used to transport him throughout the movie, the water that surrounds him is digital.

Putting together such extensive water work wasn’t new for Mr. X, since they’d already done lots of it on shows like Vikings, but the detail of it was unique. Berardi soon pulled together his Houdini effects team and reached out to the team at SideFX (makers of Houdini) to create something new for the film. Mr. X also had proprietary in-house tools.

After filling their toolbox with the most powerful things they could find, the team inched through the scenes and made choices on a shot-by-shot basis about what to use. The director was interested in the entire process and joined the crew in casting which animators would work on specific scenes. Many of the most complex water scenes took eight to 15 hours to render just one frame.

“Normally on a feature you have 20 to 26 weeks to do all the post-production work but we couldn’t have made this film on that schedule,” says Berardi. “Luckily we had longer. We had 45 weeks in post, and we had a crew of over 200 people working on the film at Mr. X for the entire duration of the show, and we just barely made it. I think we delivered our final shot on the day before Guillermo jumped on a plane to screen the film at the Venice Film Festival.”

Now that it’s done, Berardi is happy to look back on his time with Charlie submerged in digital water. “During shooting you’re always exhausted or borderline exhausted, and then in post-production you get redemption, because you see the fruits of your labor,” he says.

Fox Searchlight released The Shape of Water in theaters on December 8. The film has been shortlisted for the Best Visual Effects Oscar and nominated for seven Golden Globe Awards, including Best Motion Picture – Drama and Best Director.