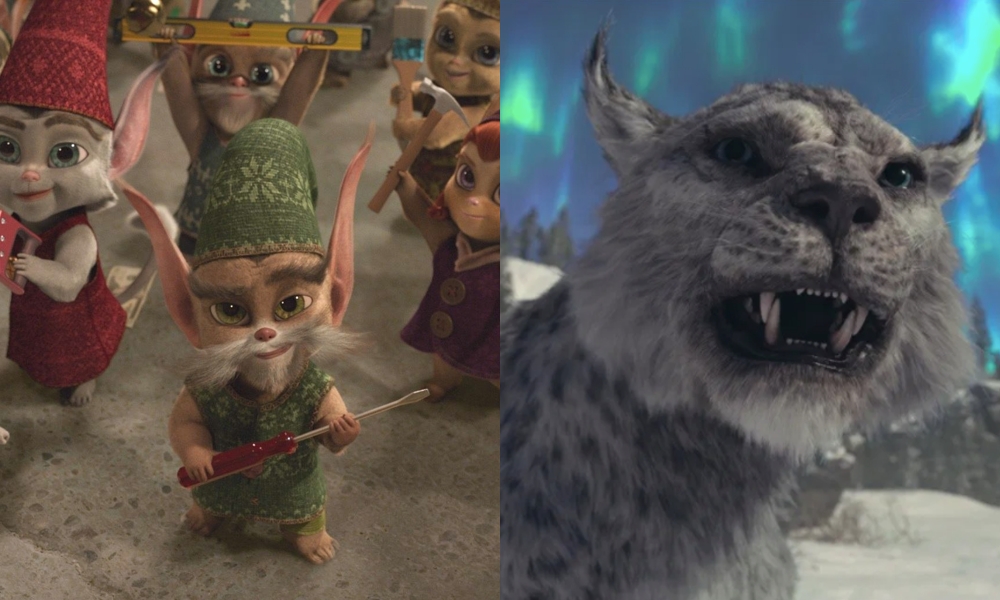 When the first Christmas Chronicles movie premiered on Netflix two years ago, it was praised for its originality, great visual effects and a winning cast led by Kurt Russell as good old Santa. This year, Santa and Mrs. Claus (Goldie Hawn) are back in action in a sequel directed by veteran helmer Chris Columbus, best known for directing family classics such as Mrs. Doubtfire, two Home Alone movies and the first two Harry Potter outings, and for writing Gremlins and The Goonies. Since its debut on Netflix on Nov. 18, The Christmas Chronicles 2 has become one of the streamer’s biggest hits of the season.

One of the sequel’s secret weapons is its colorful and believable visual effects, which were crafted by a team of about 500 at Weta Digital led by VFX supervisor Martin Hill, animation supervisor Nick Stein, sequence VFX supervisor Phil Leonhardt and VFX supervisor Thrain Shadbolt. Hill, who won a Primetime Emmy for overseeing the VFX for the eighth season of Game of Thrones (2019), says he looked forward to something bright and family-oriented after working for a year and half on the darker world of Game of Thrones. 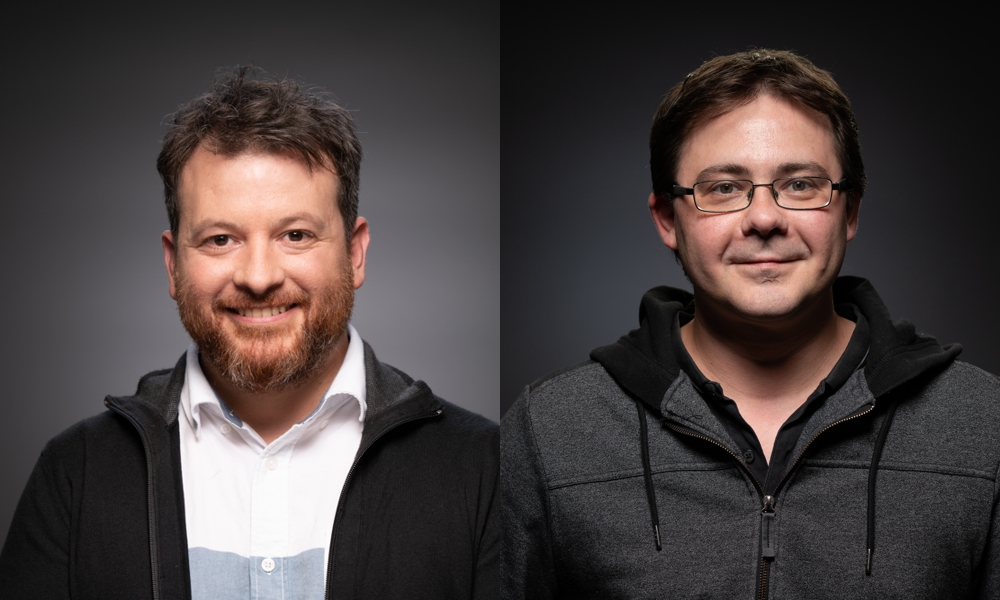 “This film had Santa Claus, elves, fantastic creatures and primary Christmas colors and lots of comedy, so it was a breath of fresh air,” says Hill. “I had a terrific meeting with Chris Columbus in April of 2019, and we had a lot of fun throwing ideas around. One of the great things about starting out early in the process was that our previs supervisor Marco Spitoni was able to start fleshing out the vfx shots. We prevised about 60 percent of the shots and they actually ended up being very close in timing to what we see in the final version of the movie.”

One of the first scenes Hill and his team worked on was the big sweeping shot of Santa Claus and his reindeer gliding over the forest as he chases Jola the Yule Cat. “This is our first reveal of Santa, and was one of the first things we presented to Chris,” says Hill. “We timed the scene to Led Zeppelin’s ‘Immigrant Song’ and it’s all set in this beautiful Arctic wilderness (shot in Vancouver). The camera comes down like a drone camera and then we see the shot from the point of view of the sleight, like a sleigh cam, and then Jola rushes into the frame. We didn’t end up using the song in the final version, but it worked perfectly. It was the first shot we showed everyone who came on board to work on the effects with us.” 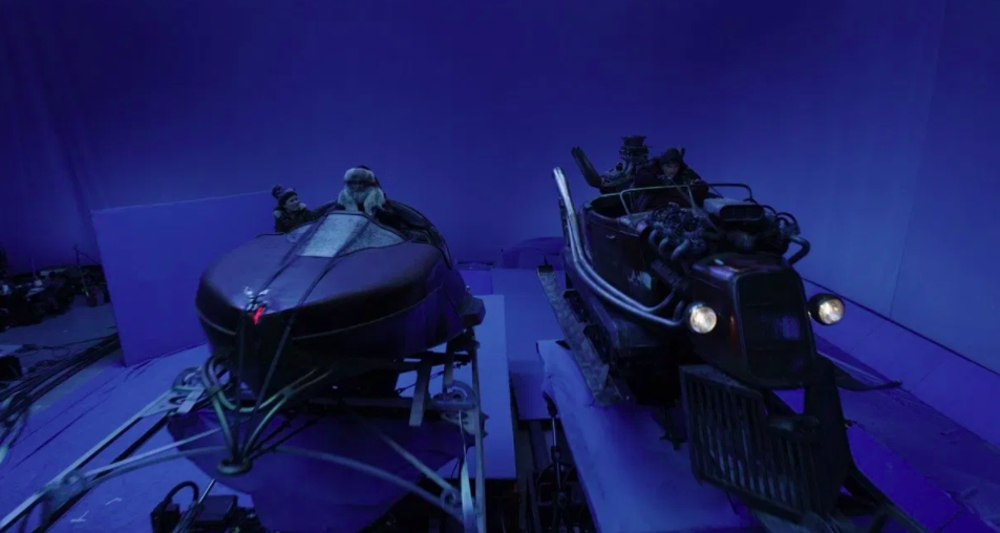 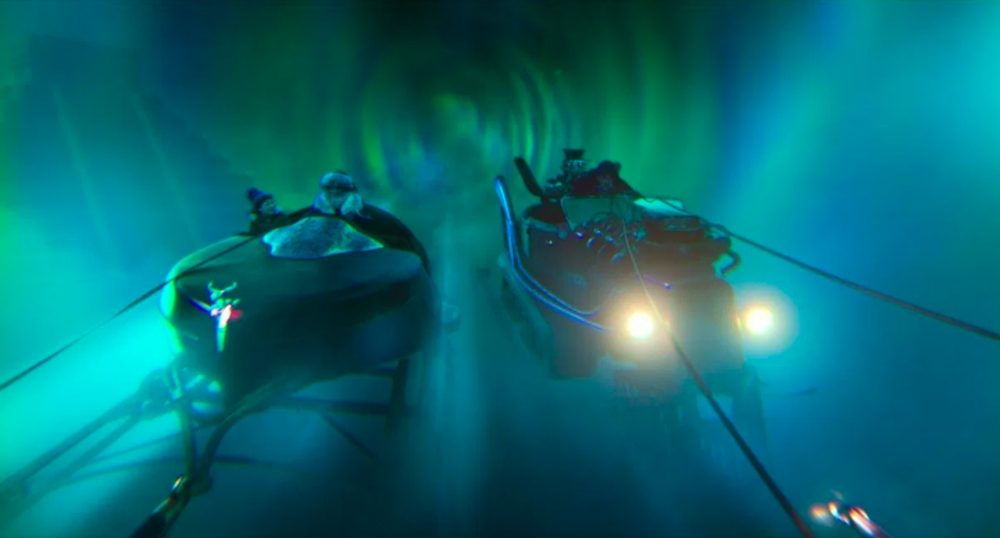 Hill brings up a madcap scene in which the elves have been infected with Elfbane, a substance that makes them maniacal. “One thing we had to figure out was how nuts do we make them,” he says. “It was interesting to see how cartoony we could make them without breaking away too much from reality, since these digital characters had to look as real and interacting with the environment as the human actors. We steadily were able to push it more and more into the Looney Tunes-real as the scene heightens. We even see their eyes rotate in opposite directions when they get whacked in the head!”

Stein points out that he and his team did a lot of testing on how to make the elves move. They did some trials on the motion-capture stage and tried keyframing since that’s one of the best ways to make smaller creatures move through. He notes, “We went for a combination of the two techniques because we wanted to have a more weighted feel to them, even though they are smaller in size.” 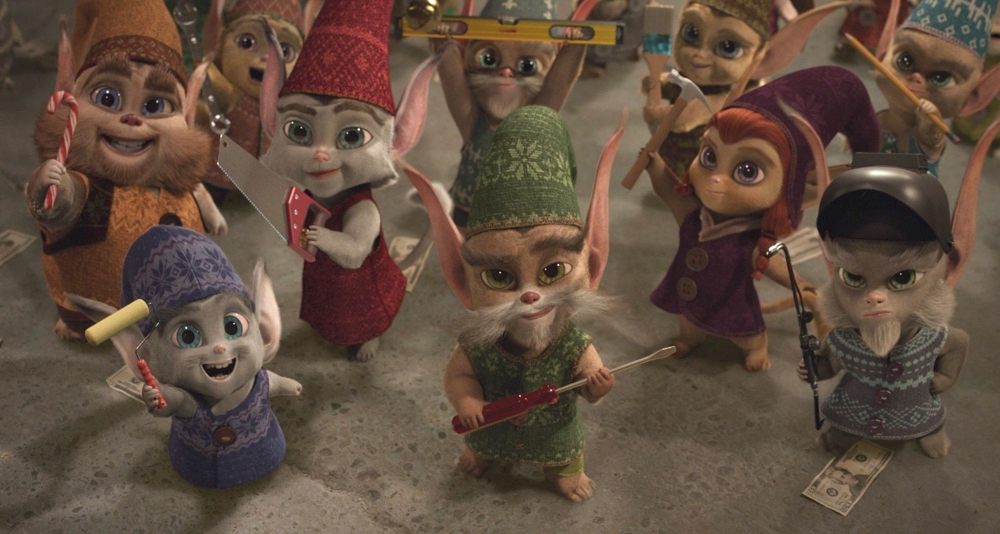 Among the 780 VFX shots Weta prepared for the movie, the party scene gave Weta the opportunity to really let their hair down and go crazy with the elves: “As we built the shots, we pulled out all the tricks to kind of meld the different styles together. The party scene was one that allowed us to go crazy and have fun,” Stein reveals.

Overall the Weta team created 621 unique elves for the Santa sequel. “Of course, you can see that they are siblings. They are quite similar. We gave them moustaches and hats, and our costume and texture shop did a really lovely job of giving us a whole of costume variants, which were also based on Christmas jumpers. They also have the fur and the hair variants.”

Stein points out that Forest Elves that appear in some flashbacks and are also seen in the scene where the Christmas star recharges are quite different. He explains, “They were the antithesis to the other elves … We took some of our hero elves and made them skinnier, gave their hair a slightly more earthy color. This gave us a lot of flexibility when we were thinking about coming up with the backstory for why Belsnickle hates humans so much, so we had these scenes where humans were chasing the elves in the forest — and we gave them these big, scared expressions.”

Another fun digital character created for the movie was Jola the Yule Cat, which injures Dasher after he’s unleashed by elf-turned-human Belsnickel (portrayed by Hunt for the Wilder People‘s Julian Dennison) in the reindeer stable. Hill says a scene in which Jola appears behind Belsnickel and gives him a big lick on his face is one of his favorites in the movie.

To create that scene, the team used a big maquette of Jola’s head with two special effects puppeteers behind it who gave the actor a big shove, which he reacted to naturally. “We attached a big sponge to the model to act as a giant tongue, so they twisted it around to give him a lick in the face, and he looked really appalled by it,” recalls Hill. “Then, Speck, one of the elves, jumps off Jola and does a little dance on Julian’s shoulder. We also had another little puppet with two little legs that was just nudging around his epaulettes on his shoulder, it really helped him sweeten the integration into the shot.” 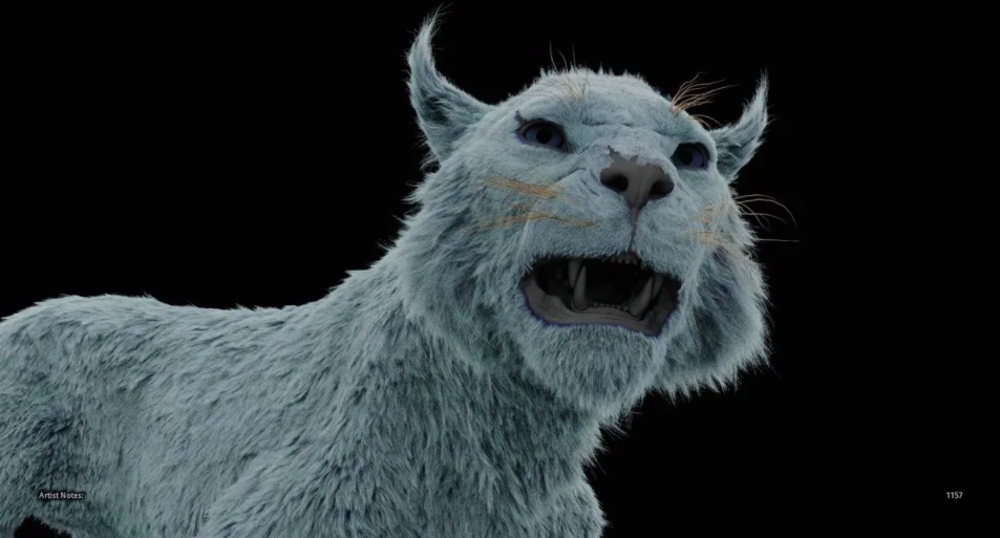 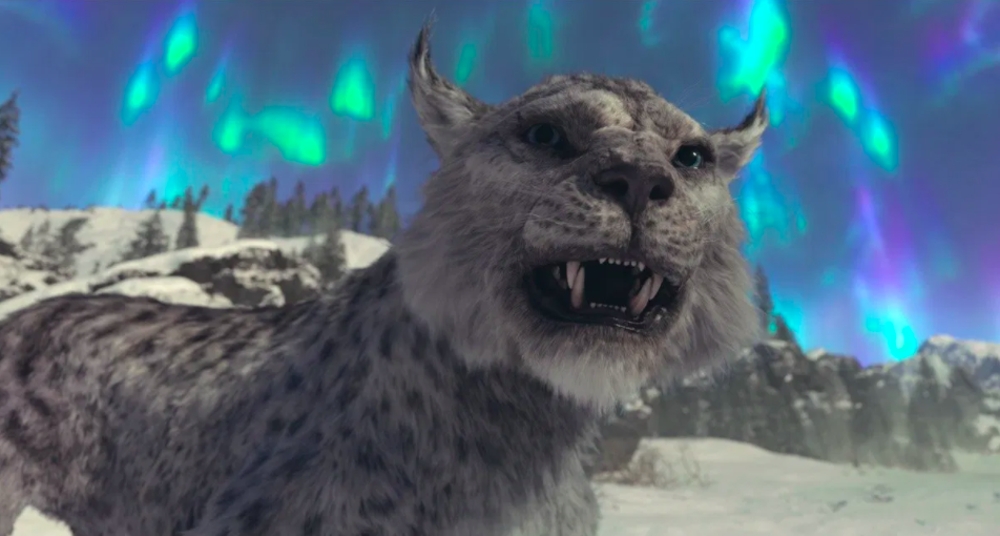 Hill also mentions that most of the elves’ clothes and the animals’ fur were created by using Weta’s proprietary renderer, Manuka. “When you have these scenes where all these elves are wearing woolen knitted tops and each one of them has all these flyaway little fibers on the, and the renderer can take all of that and simply run with it,” says the supervisor. “Now, our experienced team of CG supervisors can optimize their scenes efficiently. They don’t have to worry about adding a few more elves or twice as many elves when needed.”

The Christmas Chronicles 2 is currently streaming on Netflix.