The news broke Friday that the Academy of Motion Pictures Arts and Sciences had selected the 10 films to advance in the Best Visual Effects Oscar race. While all the contenders are spectacular examples of the craft, we can’t help but be a little extra excited that one in particular made the cut: LAIKA’s Kubo and the Two Strings.

If Kubo makes it into one of the five final consideration slots, it would mark the first time in the dedicated Visual Effects Award’s history that an animated feature was nominated in the category. (Though a few hybrid pictures and more than a few creature animators have been nominated or won over the years!)

The good folks at Focus Features are rather excited, too, and have released a cool new behind-the-scenes featurette to celebrate. Check out “Perfect Storm” below to see how stop-motion ingenuity, new practical techniques and high-tech CG came together to create one of the film’s many complex VFX sequences. Read more about the craft of Kubo in Tom McLean’s story “Puppet Masters” in the Aug./Sept. 2016 issue of Animation Magazine. 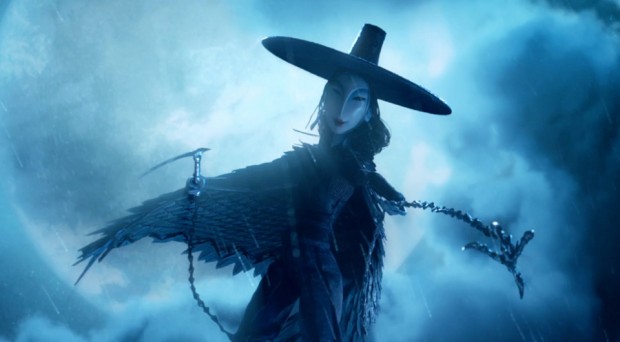 You may also like...
Related Topics:Academy of Motion Pictures Arts and Sciences, Focus Features, Kubo and the Two Strings, LAIKA