VFX and animation tech house Maxon has announced that the designers and animators charged with visualizing the complex in-camera and on-screen motion graphics sequences of Universal Pictures sci-fi flick Oblivion utilized the company’s Cinema 4D software to bring their futuristic vision to the big screen. Directed by Joseph Kosinski (TRON: Legacy), the film stars Tom Cruise as a man living on a barely recognizable future Earth who in confronting the past embarks on a journey of redemption and discovery as he fights to save mankind.

Munkowitz says the speed and accuracy in C4D enhanced the overall workflow in helping the team create Vika’s (Andrea Riseborough) light table, one of the most widely seen graphic elements in Oblivion that functions as a central briefing center providing critical information to assist the characters with their duties on Earth. Comprised of four screens, the light table features a main map used to monitor the position of Jack Harper’s (Cruise) Bubbleship; Scav (alien scavengers) and drone positioning; drone monitoring to track key vitals and fuel stats; a hydro rig monitor that displays the collection progress of water resources; and a weather screen for monitoring climate conditions. The team also designed and animated all of the HUDs (heads up displays) for the film’s multiple futuristic machines and weaponry.

Many of the 3D animated assets in Oblivion were built using C4D then composited in Adobe After Effects and displayed in monitors or put into screens. Many of these elements appear on the light table, including the maps and weather screens, and emphasized story elements central to the film’s plot such as the Rogue signal sequences in which multi-colored rotating strips of pyramids helped identify Scav signal feeds; a Morse code sequence Harper uses to communicate to the sky tower when he’s in danger; and the DNA bio trail that helps Vika’s console identify fragments of Harper’s DNA.

“One of the most important aspects of working on a film is to give the director choices,” Parker adds. “The interactivity in CINEMA 4D’s MoGraph system allowed me to quickly animate many individual molecules as they assemble into a DNA helix. Once the initial sequence was animated, it was an easy task to show the director variations and make any necessary adjustments.” 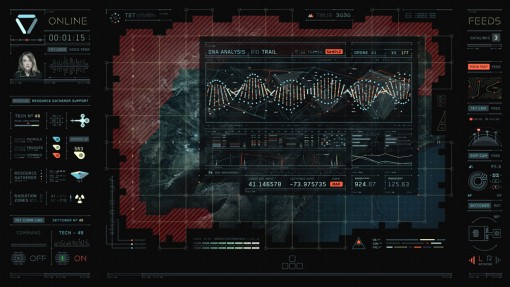 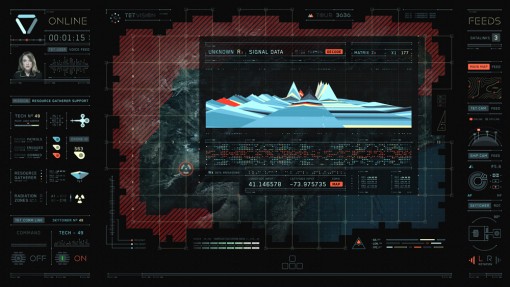 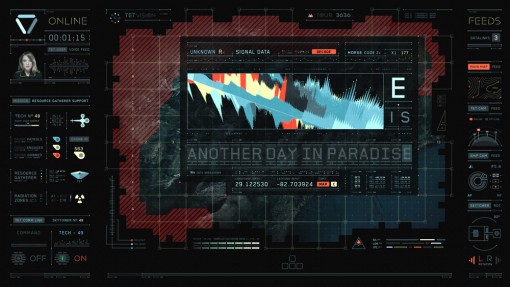 FMX 2013: The VFX View from Europe
Hulu Plus to Premiere Animated ‘Awesomes’ in August