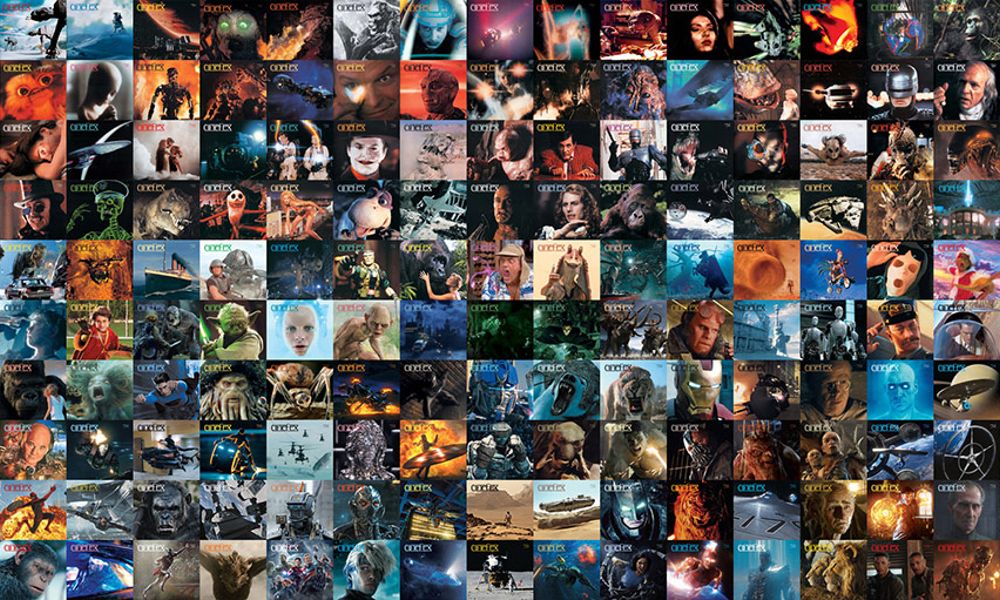 Having just marked its 40th anniversary last year, Cinefex magazine — “the journal of cinematic illusions” — has announced it is ceasing publication and shutting up shop. The final issue, #172, rolled off the presses with The Mandalorian on the cover and Cinefex‘s particular in-depth explorations of the VFX artistry and technology behind Star Trek: Discovery, Raised by Wolves,The Stand and Mank between its lushly illustrated pages.

In a notice posted to the magazine’s Facebook page, the Cinefex team noted the economic impact of the COVID-19 pandemic was a key factor in the decision to close down. As filming, production and exhibition came to a halt, the magazine was forced to pause bimonthly publication after the June 2020 issue.

A year ago this month, Cinefex celebrated its 40th anniversary.

Historically, it was a publishing landmark few magazines achieve, and we were immensely proud of our accomplishment and grateful to those whose support and dedication helped us to achieve it.

Then the world upended.

Within weeks, the coronavirus pandemic swept across the planet, deadly and implacable; and to this date, its inexorable march through countries, communities and families remains largely unchecked.

The human toll has been devastating, but so, too, the toll upon businesses, countless numbers of which shut down due to economic necessity or government mandate.

We are deeply sad to announce that Cinefex will be among them.

The pandemic deprived us of subject matter, retail outlets, and, most critically, advertisers, many of whom, like us, struggled to remain afloat in a climate of intense turmoil and uncertainty.

We did our best to weather the storm, but ultimately the storm prevailed.

We have just shipped the final issue of a magazine that has documented and celebrated one of the most vibrant and exciting art forms in entertainment history. It has been our great honor and privilege to do so.

We bid you a fond farewell.