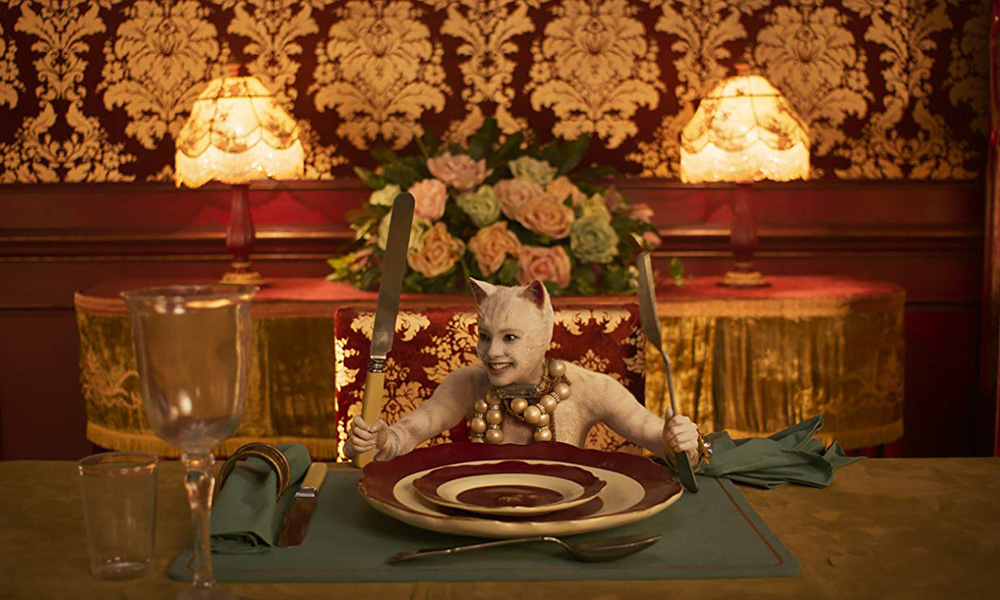 Academy Award-winning director Tom Hooper (The King’s Speech, The Danish Girl) has created one of the most talked-about films of late 2019 … in a way. His adaptation of the hit Andrew Lloyd Webber musical Cats is a star-studded affair which promised to be a unique visual spectacle, relying on digital fursuits rather than costuming to transform Judi Dench, Idris Elba, Ian McKellan, Taylor Swift, Jennifer Hudson et al into lithe, leg-licking feline hybrids.

Unfortunately, the product’s rush to a Christmas/awards season release — Hooper said he had barely squeaked the CGI-packed film into the can ahead of the World Premiere last week — has run headlong into a wall of merciless, often quite creative, cinema criticism. Many reviewers have noted the unfinished look of the VFX, mostly with the secondary or background cats, but even some of the A-list felines appear to have been overlooked in the final clawing toward the finish.

On the film’s official opening day Friday, releasing studio Universal sent out word to theaters that an updated version of Cats with “some improved visual effects” was on the way, according to Hollywood Reporter. This course of action is unprecedented for a film already in theaters, drawing comparisons to the “Day One Patches” common to video game releases.

As-is, Cats coughed up a fourth place opening this weekend, with a domestic take of $6.5 million from 3,380 locations — placing it in the 20 worst openings of all-time for film playing in 3,000+ locations — and about $4.4M in the U.K. The film, which is estimated to have cost around $100M to make, is set to roll out to 37 international markets this week and more through February. It seems unlikely that even a major VFX facelift can rescue Cats, as the film is sitting on a C+ CinemaScore from opening day audiences, and an 18% rating on Rotten Tomatoes.

Who knows? Maybe this second life of Cats will turn things around, whether because Tom Hooper’s vision is finally realized and appreciated or whether he has a bit of a Tommy Wiseau moment. Either way, there’s still seven lives left to figure it out.

This isn’t a joke: CATS was rushed into theaters before being finished so a new version is being sent to theaters with updated effects. How do you know if you have the old version? Look for Judi Dench’s human hand, wedding ring and all. pic.twitter.com/VDUOevePU9