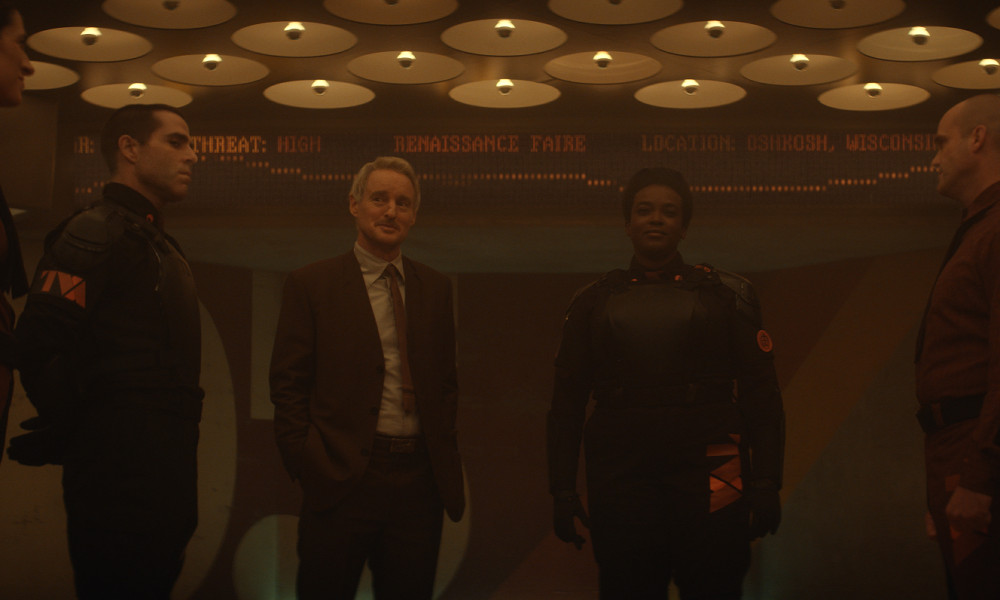 Loki features the God of Mischief in a new Marvel Studios Disney+ series that takes place after the events of Avengers: Endgame. Tom Hiddleston returns as the title character and is joined by Owen Wilson, Wunmi Mosaku, Gugu Mbatha-Raw, Sophia Di Martino and other A-list talents. Kate Herron directs and Michael Waldron is head writer.

The series sees Loki recruited by the Minutemen of the Time Variance Authority (TVA). Branded as a “variant” — someone who disrupts the flow of the “Sacred Timeline” — Loki embarks on a mission that pits him against various versions of himself in a time-hopping adventure across the universe.

The Cantina team operated from familiar ground, having collaborated previously with DeLeeuw and Paul on Marvel’s Avengers: Infinity War and Avengers: Endgame. Cantina also recently provided story-driven VFX sequences for WandaVision and The Falcon and The Winter Soldier, which aired earlier this year on Disney+.

Stephen Lawes, Cantina co-founder and creative director, explained that Marvel provided the previz concept art and creative direction. “Cantina was initially contracted to design and animate numerous screens that would play a key visual role in the TVA time-travel story over a number of episodes,” said Lawes. “These included the TemPad handheld devices used by Minutemen to detect deviations from the Sacred Timeline that display critical graphical and diagnostic information ranging from locations and time periods to threat levels and gives them the ability to travel in time.”

The studio also created content that appears on the many monitors and Chronomonitors situated throughout the TVA command center that visually display the actual timeline. Preliminary efforts also included hologram designs for advertisements that appear on monitors throughout the Roxxcart superstore and on its CCTV security feeds.

The Loki creative brief quickly expanded to include designs for a series of elaborate holographic projections showing variations of Loki to illustrate different periods of the character’s history. In addition, Cantina animated display graphics for futuristic quantum ore shovels that help the Minutemen date their timeline investigations, and one of the studio’s most creatively challenging deliverables — a series of transitional montages of amorphous sculptures that reveal the origins of the TVA.

“Herron had a specific visual aesthetic in mind for Loki,” said Lawes. “We explored the gamut of what technology could realistically convey, designing production-ready assets that could cohesively propagate across multiple timelines. For narrative consistency we opted for an overall low-fi, 8-bit and futuristic design language that was somewhat pixelated with a limited color palette.”

Hawryluk and his VFX team were given creative leeway on designing and animating a digital representation of the face for a large retro-looking robot with arms and a computer monitor for a head that Loki encounters in an elevator during his first experience at the TVA.

Cantina animated an oscilloscope design using Adobe After Effects and Illustrator. “It was an anachronistic representation of a human face much like a Tamagotchi that gives a reaction. When it’s greeting you, it smiles, when it doesn’t understand it makes a confused face,” Hawryluk added.

Another challenging scene required creating a series of hologram timeline images and transitions depicting multiple Loki variants that the Minutemen were hunting. These shapes of Loki as soccer player, Loki as bodybuilder, Loki the Asgardian, etc., were displayed on Mobius’ (Owen Wilson) TemPad and projected as visual storytelling aides.

Cantina worked with different Loki costumes and other 2D design assets provided by the production’s art department as Photoshop illustrations. “Using After Effects, we animated and tracked all the final shots involving the holograms and composited them into the final scene so they felt as if they were floating in 3D space,” noted Lupoi.

In the pivotal series finale, audiences are introduced to He Who Remains (HWR) — the commander of the TVA. A team of Side Effects Houdini artists navigated a complex four-minute sequence that reveals the character’s backstory as he morphs an unknown material from a solid to amorphous substance and back again numerous times across different time periods.

“Conceptualizing the HWR sequence was complicated as we did not know the exact poses and props the figure tableaus would be interacting with,” Lupoi explained. “This required we update the poses, change out the way certain props were represented and art direct the marble veining of the models to highlight some of the more iconic aspects of props such as the TVA timeline, TemPad and TVA batons.”

Added Hawryluk, “We were challenged to get the behavior of the Houdini particle simulations just right to make sure they had properties of both solids and liquids. Exporting EXRs from Houdini allowed us to integrate the on-set lighting and the CG renders when it came time for compositing.”

“Cantina enjoys a longtime creative collaboration with Marvel providing VFX problem-solving skills for numerous big-screen titles dating back to Iron Man 3,” said Cushing. “As Marvel makes such high-quality shows on Disney+ it’s been a thrill to leverage our collective MCU experiences to help them tell stories for the smaller screen.”

Loki is available to stream now on Disney+.